I say Blue Tuesday not because it's the Democrats insignia on the map but because it's the saddest day for America. The electoral vote escapes me since the popular vote is the honest most realistic vote because it's my vote, your vote and every ones vote -- so why do we bother to go through all this madness? Yes this undemocratic election system became the Electoral College over 200 years ago. At that time it was purely a political deal and now it's still a political deal. In the 1800s, it was rigged for Republicans and still is. Even now our two senators from San Francisco are introducing a bill to kill the electoral college -- good luck to them. In 2000, Al Gore got the popular vote and lost the electoral vote and now we are faced with a completely inadequate president elect, who neither understands this democracy or has the expertise to lead this country. A disaster for America and all its citizens who make America what it is. And I'm feeling so very helpless as not a joiner, not a protester -- but just an ordinary citizen loving my country and hoping that a miracle will happen. But as optimistic as I am, it's not realistic to say let's just wait and see. Wait and see a massive disaster. We have yet to hear one word of inspiration that's feasible and financially possible and would take again, expertise to accomplish in our current situation. I'm not saying either nominee is perfect but experience, knowledge and in this case world knowledge would be helpful to put it gently.

As a country that has greatness and understands the importance and salvation of dealing with a world of so many different countries that are dependent on one another. I'm feeling our present president elect is completely surreal and has neither the experience nor the expertise to work with not only our government, but all governments. Out of 300 million people living in this country, well I'm not going to even finish this sentence. Oh my God, just the thought of four years with this president elect with his sunshine yellow hair gives me chills. And how is this president elect going to communicate with the women in his Cabinet, who he has so demonized? Don't tell me to be patient and wait and see. I don't see light at the end of this tunnel -- I see dark and chaos.

And what about climate change, which is up for grabs or not even at all, which in every way has been proven scientifically for years to be the effect of human behavior. Will we see all the work that has been done by world powers smashed because one person with extreme power and no expertise refuses to believe the proven truth?

It's a wonderful country that has chosen this man to lead America. Shame on us! During the months of campaigning my thoughts were "this is a comedy, I wish it were just a farce" and I would wake up tomorrow and the play is over. But instead I wake up every morning with a deadly feeling that this is reality and I can't wait to practice yoga, where for one hour I will be connected to the universe and not this comedy of errors.

But no matter where this election takes us -- let's keep pushing and believing. We live in a true democracy and a really true blue America and a country where freedom isn't just for a few, but every living American of every color, every gender and every race.

Please let this be a given, not just a hope. 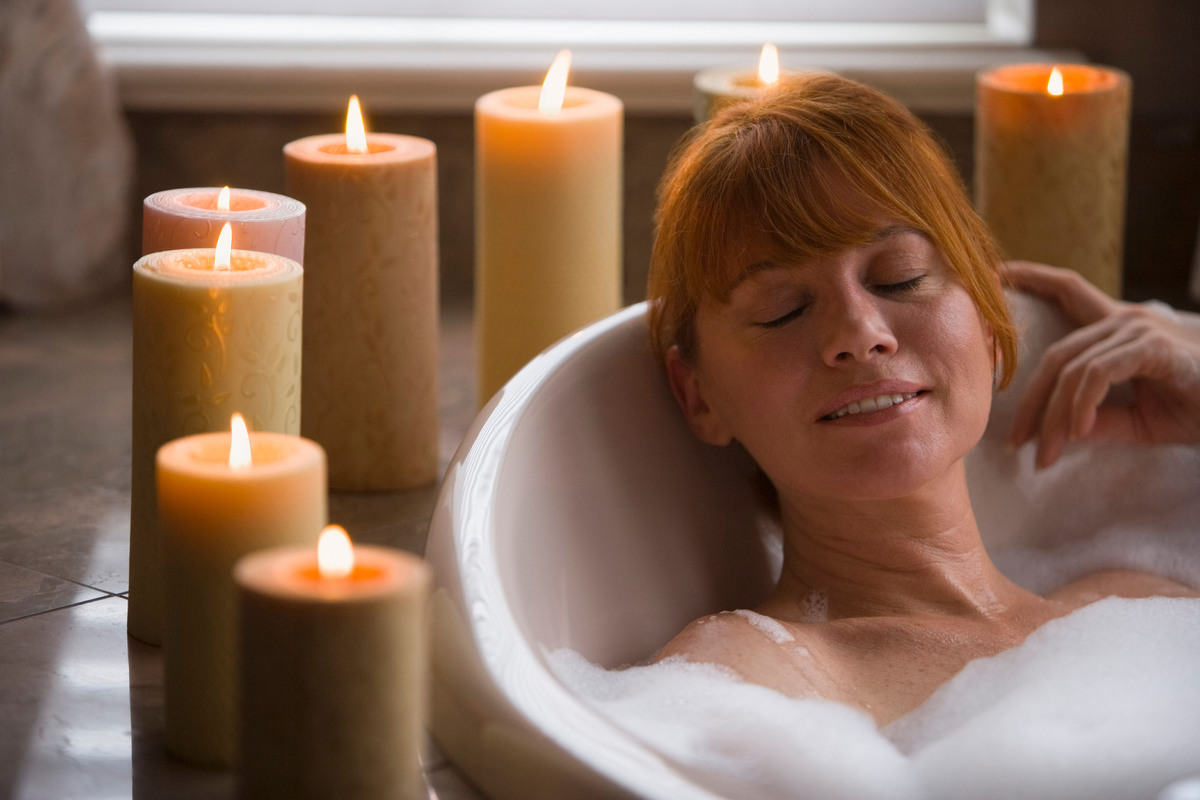 1 / 16
Taking A Bath
Ahhh. Why does taking a warm bath instantly destress us? "[It] calms our physiology [and] relaxes the vessels," explains Dr. Ackrill of the American Institute of Stress and WellSpark, a leadership development firm.
Alamy