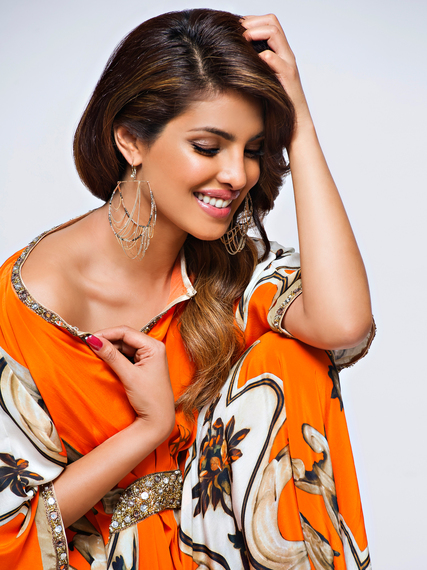 Hit sensation and Bollywood Super-Star Priyanka Chopra has experienced a meteoric rise to the top since her acting debut in 2002. Through her successful film career, she has become one of the highest paid Bollywood actresses and a smash success on the international scene. This exotic beauty is poised to take over the world and is a triple threat winning critical acclaim as an actress, GUESS It-Girl and pop-singing starlet riding the wave to super-stardom.

Don't let her looks, fame and celebrity fool you, Chopra is a leading lady on a mission and she knows exactly how she is going to get there! When she isn't acting, Chopra is highly engaged in philanthropic activities, working tirelessly as a UNICEF Goodwill Ambassador to protect the rights of children. She is also an advocate for women's issues and supports the rights of young women to have a quality education that is equal to their male counterparts. In an interview with The Times India in 2012 she remarked that she has always "wanted to be the sum of more than just my movies."

Chopra is a force to be reckoned with on and off the silver screen. More recently she has been selected as the campaign star behind the Beats by Dr. Dre media blitz featuring Chopra and her new dance track, I Can't Make You Love Me.

As a creative entrepreneur she is living life on her terms and has found her own blueprint to success. She is a Raine favorite and poised with a grace and dignity that is hard to come by. We invite you to read on and find out why Priyanka Chopra is one to watch and a RaineMaker™.

Get a sneak peek of Chopra in action in Raine Magazine's behind the scenes video with her new single, I Can't Make You Love Me.

Discover more in my exclusive interview.

Nova Lorraine: You appear in the upcoming biopic of Olympian Mary Kom. What would you say has been the most rewarding aspect of preparing for this unique role?

Priyanka Chopra: At the moment, it's painful; I'm training 6 hours a day. I'm exhausted. The reward will be once people watch the movie. This story is about every girl out there that is going to say, "I'm not going to be limited." Mary is a daughter of a rice farmer; she went on to be a 5-time world champion. She is a mother of three, and an Olympian, and has won national awards from the President. The amazing thing is, she is just 33 years old! She went against all odds. It's a story not just based on her life but it's for me -- for you and for every girl out there. I want everyone to feel the feeling of "not giving up."

Nova Lorraine: What are you most excited about regarding your latest project with Director, Zoya Ahktar?
Priyanka Chopra: I'm most excited about spending 2 1/2 months on an exotic cruise. It's going to be completely opposite of what I've done -- it's very versatile. I am always looking for films that inspire me and that only happens when I am being challenged. 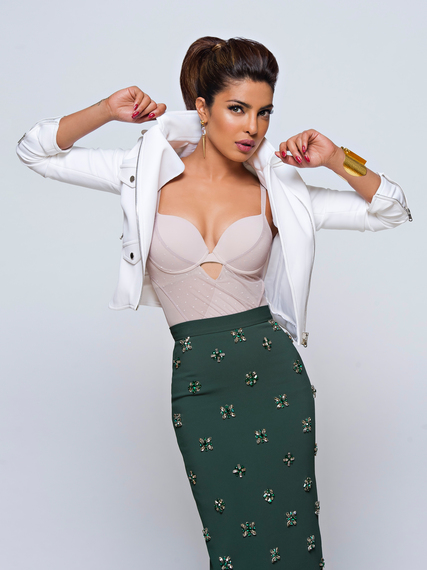 Nova Lorraine: Beyond Bollywood...What aspirations do you have for Hollywood?
Priyanka Chopra: I am an entertainer; I just like being excellent and being really good at what I do. I just want to do the best at what I do; if that means Hollywood, music and working with the best with the business, then I will do it. I treat my work like art. I treat it as a very spiritual experience.

Nova Lorraine: Does being a celebrity prevent you from being or doing something you really like?
Priyanka Chopra: No, I do everything I want; I just hide it really well. I've been in the public eye since I was 17, so I've learned how to keep what's personal to me, personal.

The entire interview can be found in Vol. 19 at www.rainemagazine.com 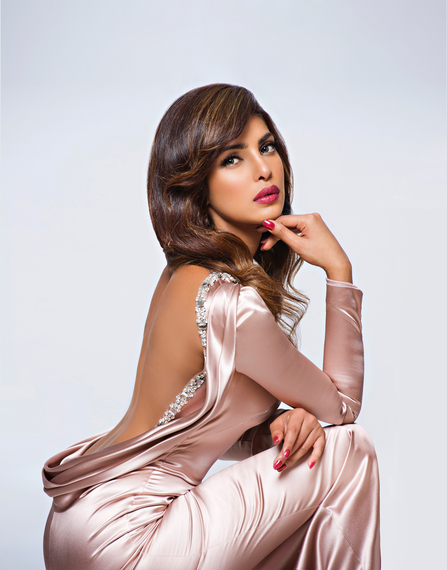 Nova Lorraine is the Founder and Editor in Chief of Raine magazine.
Follow Nova Lorraine on Twitter: www.twitter.com/rainemagazine