Fast food isn't the only culprit in the country's growing obesity epidemic, a study from UCLA claimed earlier this year. But before letting McDonald's and Co. completely off the hook, consider this: For every mile that participants in a recent University of Texas study lived from the closest fast-food restaurant, researchers noticed that there was a 2.4 percent decrease in their BMI.

The discovery, made by a team from the MD Anderson Cancer Center and published in the American Journal of Public Health, reveals the potential impact of neighborhood environment on residents' body fat -- particular low income, African-American residents like the 1,400 Houston women who participated in the study.

“The results of this study add to the literature indicating that a person’s neighborhood environment and the foods that they’re exposed to can contribute to a higher BMI," said lead study author Lorraine Reitzel, Ph.D., assistant professor in the Department of Health Disparities Research at MD Anderson, in a release.

"There's something about living close to a fast food restaurant that's associated with a higher BMI," she added, pointing to "behavioral economics" as a key factor in the decision to choose fast food over a healthier choice.

According to Reitzel, people who are pressed for time behave in such a way that will cost them the least amount of time to get things done, an approach that may extend to their food choices, particularly the affordable convenient kind being offered by fast-food chains.

To test the theory, Reitzel and her team examined the density of fast food restaurants within a half mile, one mile, two miles and five miles around each participant's home. What they found: That closer proximity was associated with a higher BMI not only among those of lower income, but in the group with the higher incomes as well. The data also showed that every additional mile participants' lived from the closest fast food restaurant was associated with a 2.4 percent lower BMI.

And while Reitzel's research is one of the first to look at the impact of fast food restaurants on obesity rates among blacks, findings published in the journal Critical Public Health last week reveal that the connection exists regardless of race.

According to an international team of health experts who looked at the number of Subway restaurants per 100,000 people in 26 economically advanced countries, the density of fast-food outlets is positively associated with the prevalence of obesity across 26 advanced economies in both men and women.

Subway now has more outlets than McDonald's, the report notes. 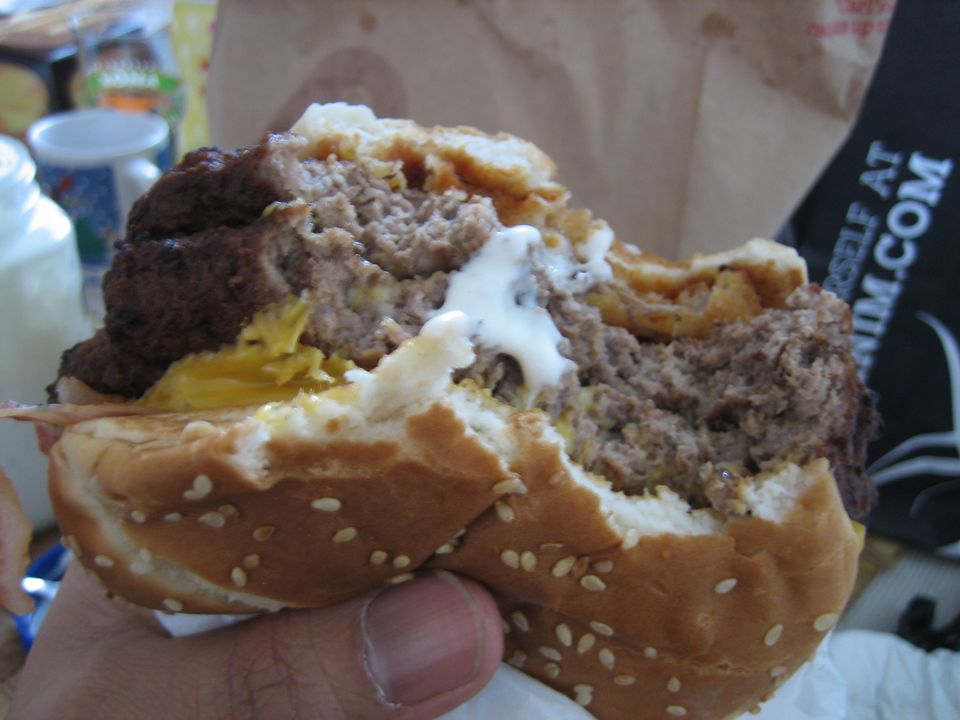 1 / 7
Butylated Hydroxyanisole (BHA)
<strong>Found In: </strong>The ranch sauce at Carl’s Jr./Green Burrito <strong>What It Is:</strong> A preservative used in food, animal feed and cosmetics that the National Toxicology Program of the Department of Health and Human Services considers to be a likely human carcinogen.“It has caused cancer in animal studies, and over the years, companies have significantly moved away from it since there are other ways to maintain shelf life and prevent rancidity,” says scientist Michael Jacobson, Ph.D., founder of the nutrition watchdog group Center for Science in the Public Interest (CSPI). “It shouldn’t be allowed in the food supply.” But it still shows up every so often, like in the ranch sauce at Carl’s Jr./Green Burrito restaurants.
<a href="http://www.flickr.com">Flickr</a>:<a href="http://www.flickr.com/photos/20688578@N00/339938664">BrownGuacamole</a>