Below, a tweet from @barackobama on Sunday and a picture of Bo included in the message.

Bo takes his inspiration from the Easter Bunny: http://t.co/kO0XHBBV 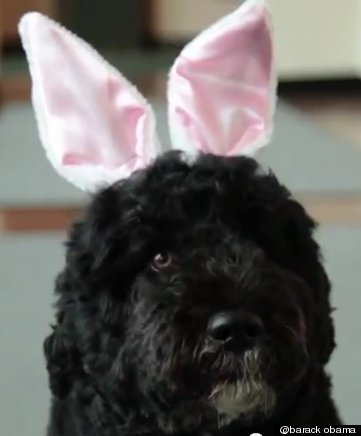 It's not the first time Bo has been captured on camera wearing bunny ears. The Portuguese Water Dog appeared in a video released by the White House last month promoting the annual Easter Egg Roll.

Below, more details on the event via the White House website:

On Monday April 9, 2012, the First Family will host the 134th annual White House Easter Egg Roll. This year's theme is “Let's Go, Let's Play, Let's Move” and more than 35,000 people will be joining us on the South Lawn for games, stories, and, of course, the traditional egg roll on the Lawn.