Bo and Sunny Obama were all decked out a day early for Tuesday's state dinner at the White House.

President Barack Obama is hosting the dinner for French President Francois Hollande, who arrived in the United States on Monday. The celebration, which will be held on the White House's South Lawn, will be the first state dinner of Obama's second term.

According to the Associated Press, 350 guests are set to attend. R&B artist Mary J. Blige will perform for the crowd. 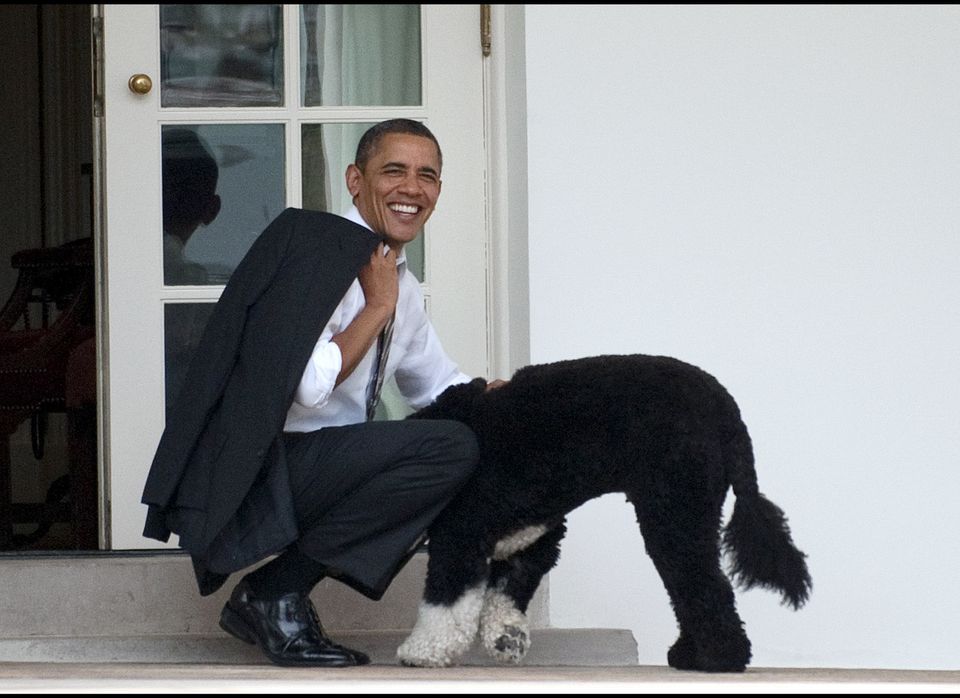