Street artists Boa Mistura sees their graffiti as an intervention. The collective has brought their most recent work to a favela in Sao Paulo, Brazil, with "Luz nas Viela."

Boa Mistura is a multidisciplinary art collective base in Madrid, Spain. The collective is made up of five artists who focus largely on graffiti and community building with a mission of giving the world its color back, as stated on their website.

The collective met in their teenage years when they marked the same turf; painting in the same neighborhood.

"[We are five friends who kept] doing what they like the most and working hard until today, fulfilling their dream of living out of it," said Pablo Purone, member of the collective that started in 2001.

Since their inception, the group has had a variety of public art projects, that they call "interceptions" across the globe, including their Diamond Inside project in Cape Town, South Africa.

Their latest, "Luz nas Vielas," is in the Sao Paulo favela (shanty town) of Brasilandia. The troupe painted the walls of the town bright colors, and using a clever visual trick -- painted words that appear to float when viewed from, a certain angle. With words like "Amor" (love) and "Firmeza" (stability), the project is right in line with the group's mission.

Before they embark on a new street art project, Boa Mistura seek the guidance from the most import an aspect of a community -- the people within it.

"We like to feel the place, talk with the local people, breath the atmosphere and be inspired before start working," Purone said. "Because when you make a street intervention, it is linked to a particular place, and you need to have dialog with the environment." 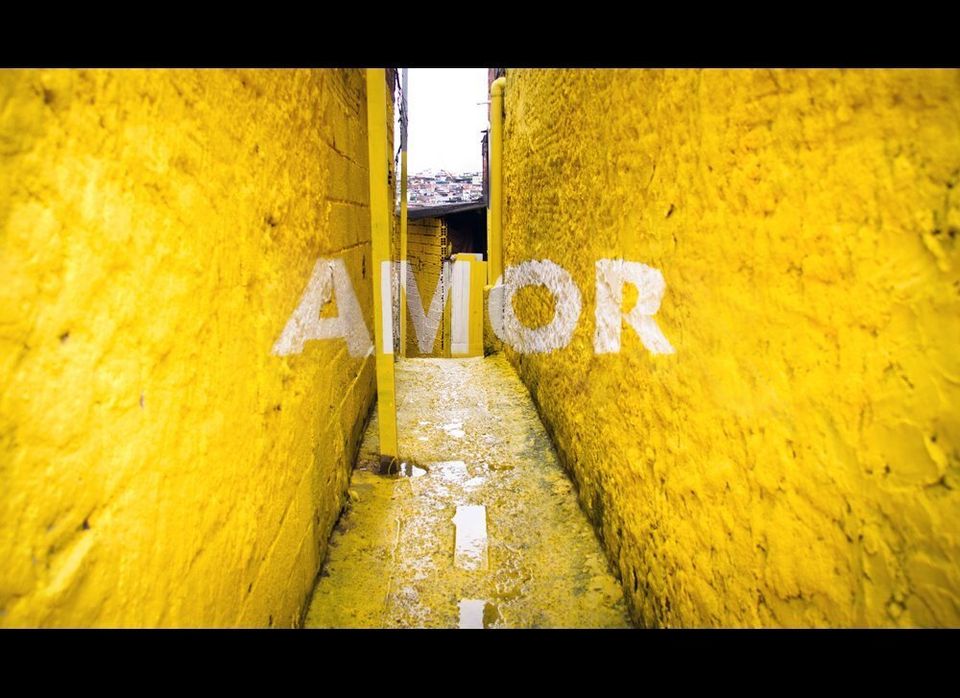