I am not unique, interesting or worldly. As proof, my first real exposure to New Zealand was when I saw the Fellowship of the Ring in the theater. Sparked by the visual dimension of the film, I quickly covered lost ground by reading every scrap of history, science and literature I could about the place, and eventually applied to study abroad there during college. Although that did not work out, my job took me there last fall and I was able to explore the mountains and rivers of Middle-earth for seven months. 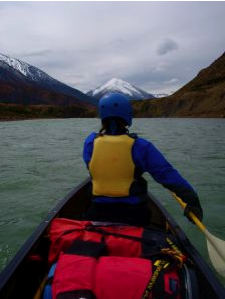 Not surprisingly, most Kiwis I met were so over the Lord of the Rings thing -- hordes of foreign tourists jetting in to wave a sword in the air on the Plains of Rohan, ignorant of the chuckling farmer in the background, himself bewildered at this display of idiocy. While you cannot argue with the billions of dollars that tourism in general and the fantasy movies in particular have brought to the island, it is not hard to reject the notion of a land separate from its people. Tourists are sometimes surprised that people actually live in the places they are visiting, not all tourists and not all places, but in New Zealand -- a place famous for its natural beauty -- locals are allowed a bit of frustration when Europeans or North Americans ask if they are part of Australia or why there are sheep and fences on that lovely hillside.

This is a dynamic I know well from living in Maine and from spending time in mountain towns across the American west. People 'from away' mob the roadside sights and clog the cafes, all the while supporting the economy and putting bread in the proverbial basket for otherwise remote and depressed areas. Localism runs rampant, and a clear social caste is established between locals, summer people, and tourists. Still, while localism exists all over the world, Kiwis seem to be benumbed to the point of acceptance.

While in the country, I worked multiple three-week runs on the Clarence River, a route occasionally run by tourists in rafts and kayaks in less than a week. Going slowly was no hardship. From sprawling tussock meadows to airy and otherworldly Matai forests, a slow pace encouraged connections that otherwise would be impossible. We paused for a day and picked rocks out of a paddock on a remote sheep station and in return were given a tour of the apiary operations, a jar of Blue Borage Honey, a leg of mutton and the chance to see them run the dogs around skittish Merinos.

As a technical canoeing river, it is -- in the right season -- a wonderful course area. The put-in is far up in the mountains, and the river drops 2500 feet over 130 miles before reaching the take-out only yards away from Pacific breakers washing a gravel beach. New Zealand is not a large place, but acre for acre few places can match as a boater's paradise; the combination of rainfall, topography, enlightened conservation, and infrastructure is just right, and it is no surprise that some of the world's best come from such a remote corner of the globe.

If you are interested in boating in New Zealand, the best place to start is in Murchison, a tiny village in the northern South Island that is home to the New Zealand Kayak School. The area is world famous as a paddling center, and the school has top notch instructors to get you started with your skills and gear. Farther south on the west coast is Hokitika, a beautiful and artsy town that is the center for the heli-boating scene and worth checking if your skills are at the stage where you feel comfortable getting dropped by helicopter in the southern Alps and paddling back to civilization.

One of the best parts about my job is the people I get to work with. Former Marines, teachers, Olympic rowers, adventurers, Brits, Mexicans, Canadians, Aussies, Kiwis and so on -- many shades, all there to fulfull a similar passion for teaching and wilderness travel. I was lucky to work with a woman named Rachel Curtis for two courses in a row; a great learning experience, especially if you get along. Rachel is a pro photographer and globetrotting kayaker operating on the cutting edge of the sport. Check out her great photos on her blog, and the three below: 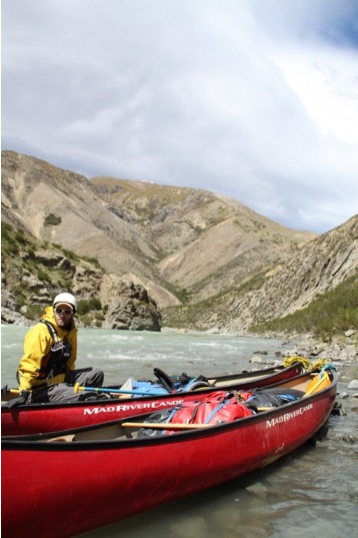 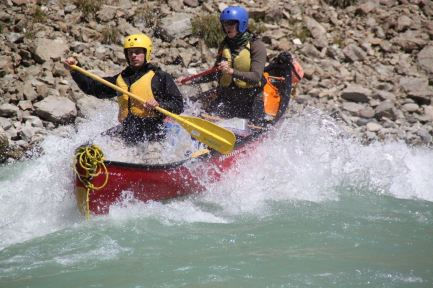 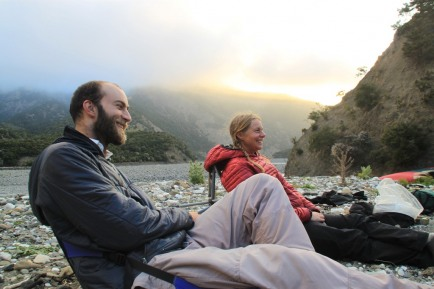 Someday, when I am a better paddler, maybe I'll get a chance to go back and paddle some of the harder runs.