Roughly 50 years after the Civil Rights Act of 1964, a museum in Florida is paying homage to one of the movement's most iconic photographers. Born in New York, Bob Adelman spent a decade documenting segregation in the United States, traveling from Alabama to Washington as not only a photojournalist but an active member of the protests that swept the country at the time. 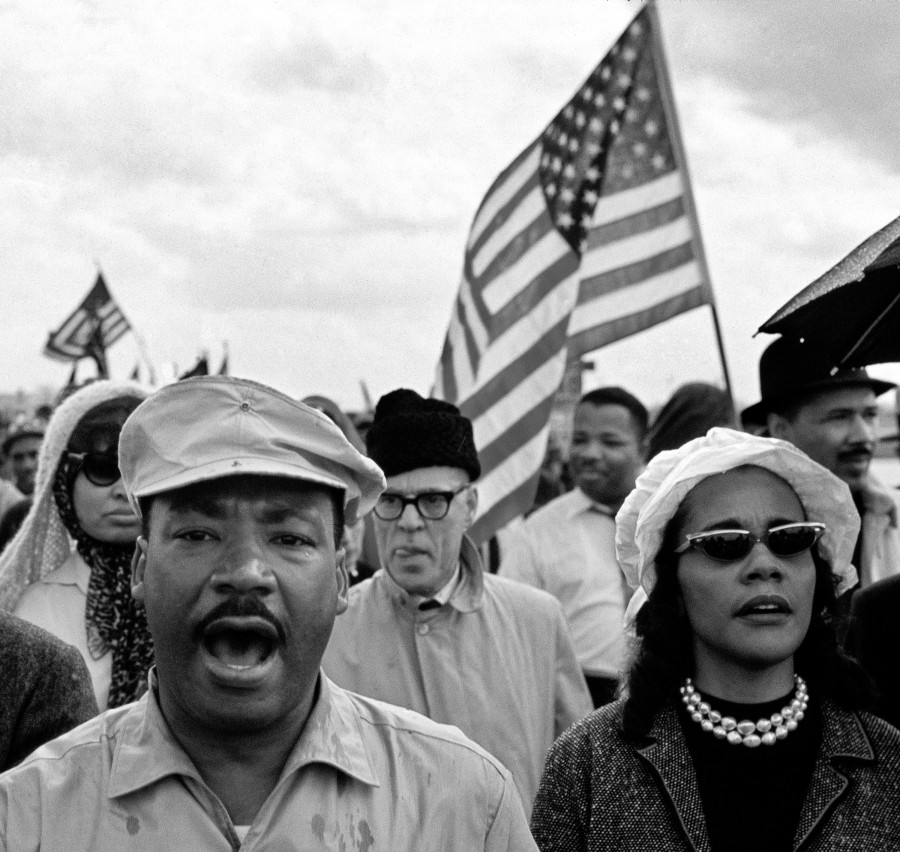 Bob Adelman, Martin Luther King, Jr. and Coretta Scott King Outside Montgomery on the Fourth Day of the March, Alabama, Route 80, 1965, Courtesy of the Photographer

Snapping images for the Congress of Racial Equality, the Student Non-Violent Coordinating Committee, the NAACP Legal Defense Fund, and other civil rights organizations, Adelman's close ties to the activists themselves afforded him unprecedented access to leaders like Martin Luther King, Jr., John Lewis, and James Baldwin. He documented historic events like the Freedom Rides, the demonstrations in Birmingham, the March on Washington and the unforgettable "I Have a Dream" speech, helping to cement in our memory the face of King and other dedicated figures for change.

In celebration of King's birthday this weekend, we spoke to Adelman about his upcoming exhibition at NSU Museum of Art Fort Lauderdale, titled "The Movement: Bob Adelman and Civil Rights Era Photography." Here's what the famed photographer had to say about discrimination, transformation and the moment he captured the world's most famous portrait of King. 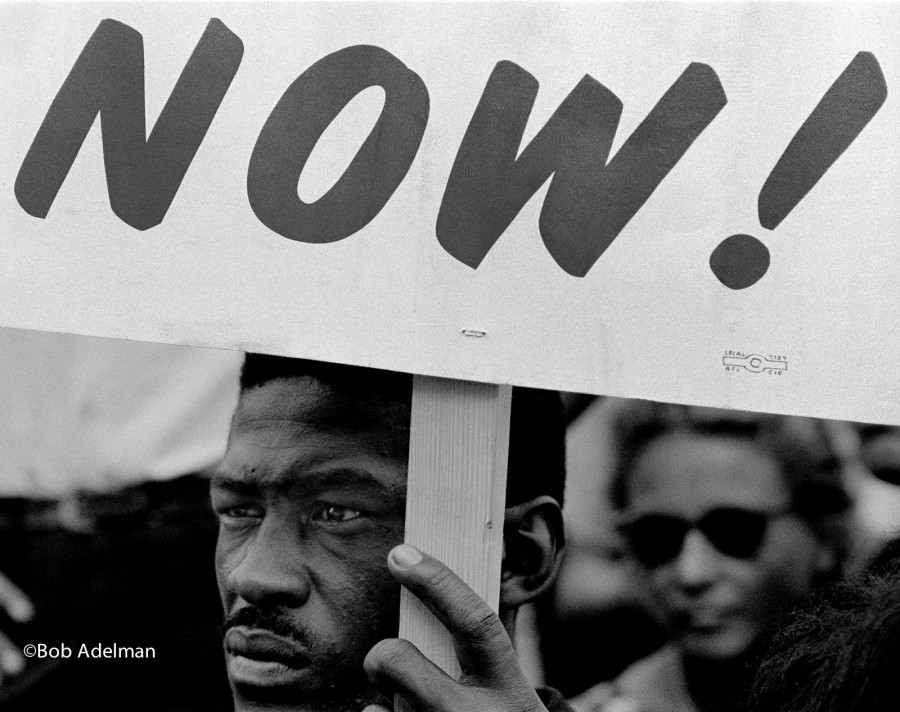 What drew you to document the civil rights movement?

Patriotism. It seemed to me that the greatest failing of the country had been its been its treatment of black people. In the '50s and '60s, the country was really quite paralyzed on the race mater. The court had spoken in 1954 but Congress was controlled by Dixiecrats, and no president in 100 years had said that segregation was wrong. I think that some people think that segregation was just some way that the races were separated. But, in fact, it was an organized system of terror. If a black person in the Deep South wanted to vote or use segregated accommodations or many other things... if he defied the customs, he ran the risk of losing his job or getting attacked, either by the authorities or by the Klan. It was awful and so un-American, really. These were our brothers and sisters who were being mistreated. I thought that the race question was the biggest unsolved problem of America. So that’s why I say it was patriotism.

Growing up in New York, were you surrounded by other people who felt the same way you did?

In the North, I think there was a general feeling that things like lynchings and poll taxes and discrimination were bad things. Though they were sometimes practiced in the North. Discrimination could be very ugly there, too. Especially, if a black family after WWII bought a house in an old white neighborhood. They could be terrorized or burned down. Racism wasn't just a southern problem. But I guess I came from idealistic people. My mother, who I lived with in the suburbs of New York City -- I remember as a little boy, it was raining and I was complaining because I couldn't go outside, and so she said, "Oh, but it's good for the farmers." Which would not be a typical response. I’m not religious, but I guess I'm culturally Jewish and I certainly was very much inspired by the prophets. We'd just seen the Holocaust, so the idea of any kind of racial stigmatization was awful. 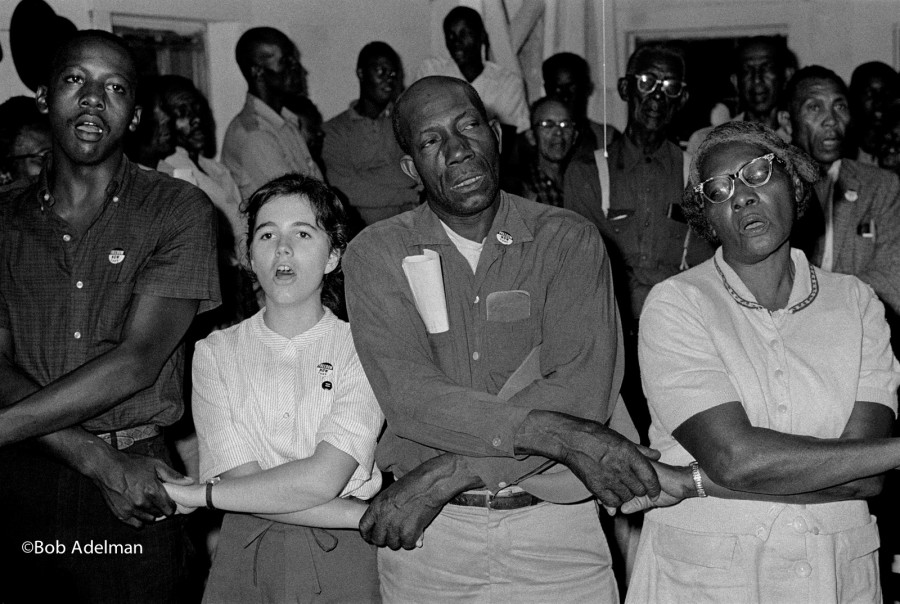 Did you feel like your photography and involvement in the movement was subversive?

No, I don't think so. Obviously, the powers that be -- particularly in the South, the local government and police -- their job was to enforce segregation. And many, many people in the South supported it. In the context of challenging local authorities, it was subversive. I was regularly arrested for photographing, sometimes it was a good thing. Sometimes when people were about to get ugly or violent, getting arrested was a better alternative. Gunnar Myrdal in "The American Dilemma" said segregation was so un-American and that as soon as most Americans actually understood what segregation was, it would fall away. And in a profound sense, that what the civil rights movement did. It revealed to the country just what the underpinnings of segregation were, which were the systematic suppression of participation in public life.

Your website makes a poignant statement about your work: "His subjects knew which side he was on. And he stayed the course." How did you or do you view the role of photojournalism during that time period? How did photography -- and in your case, impassioned photography -- interact with the movement itself?

I think that all art is a way in which we hold up experience and look at it. Photography does it in a very immediate way. I hoped that photographs of mine would help change opinions and understandings. That we would, by our concerted efforts, show how wrong and despicable these practices were. And, in fact, thats what did happen. The country was frozen, but when the students protested [in Birmingham in 1963], I thought that it was sheer genius. By taking their bodies -- our bodies -- and putting them where they were forbidden to go, that was the lever that would really break the system. I had great faith in that tactic and of course the rightness of breaking these barriers. 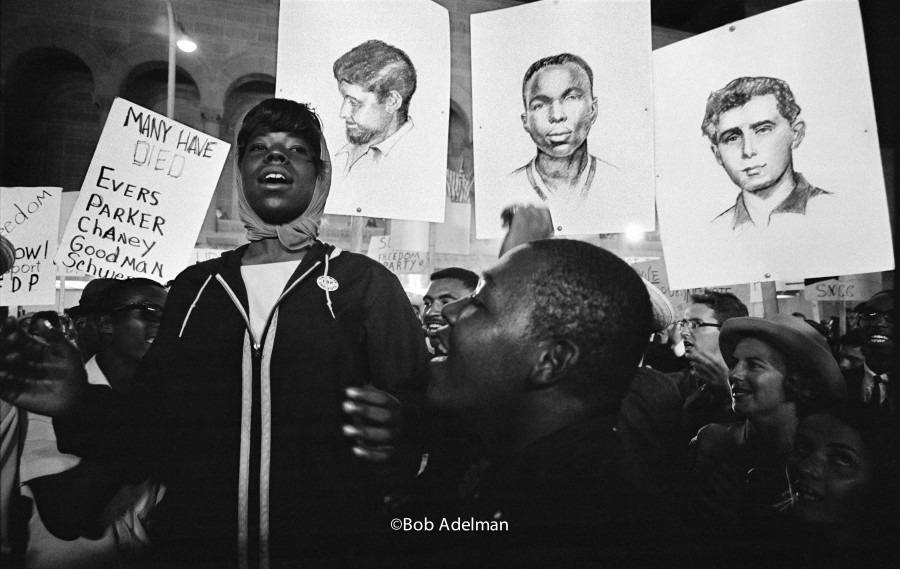 How long did you follow the movement as a photographer?

I started taking pictures in the '50s on my own, and I started volunteering with CORE (Congress of Racial Equality) in 1961. And I guess by '63 I'd say, my pictures starting appearing in papers quite regularly, like Newsweek and Life.

Oh, I had friends in the movement and friends who were photographers. Our great inspiration was always Martin Luther King, who I came to know. I was very involved in the movement. Rudy Lombard was one of my close friends. Dorothea Lange was a mentor of mine. I was friendly with [civil rights photographer] Bruce Davidson. Alfred Eisenstaedt said photographers are like spiders, they don't hang out with each other. But I had photo friends, and artists -- Jim Rosenquist, the painter, Larry rivers. 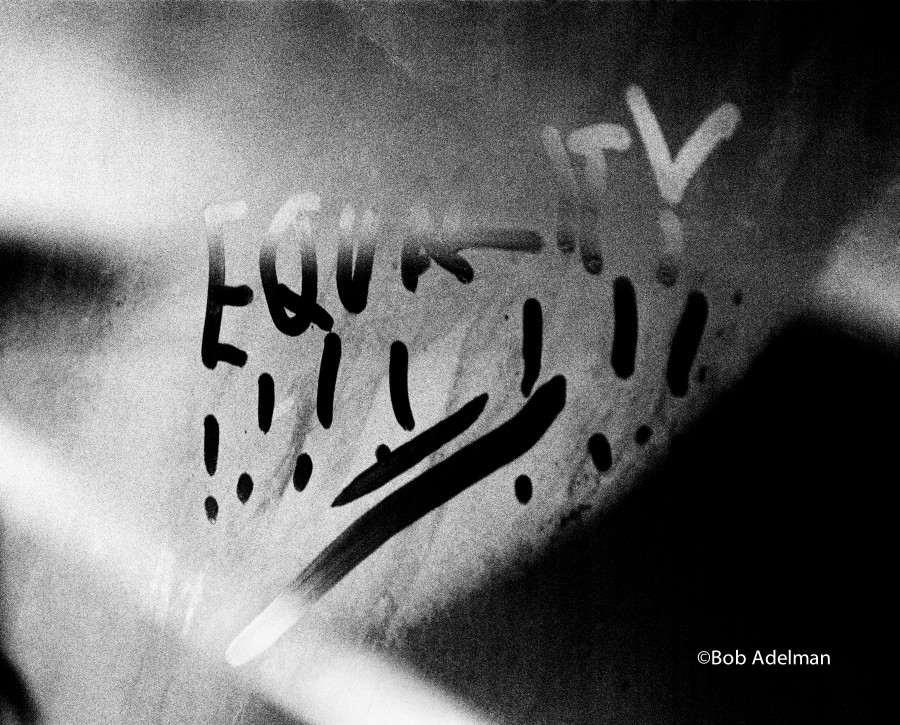 Bob Adelman, On the Frosted Window of a Freedom Ride Bus Between New York and Washington, DC, 1961, Gelatin silver print, Courtesy of the Photographer

What is one of your most memorable moments following the movement from the South to Washington?

I took the iconic photo of Martin Luther King in Washington. That certainly was one of the greatest moments, for me, in American history! For 50 years I wondered why I was the only person there to capture that moment. I think by not being a member of the press, but being active in the movement, I was able to go up the stairs and get past the guards because they knew me. I had no press credentials. All the press were in the gallery, in front of the podium at the Lincoln Memorial. So the podium was on the steps and I guess because I wasn't a press member, I was able to take the picture. That was the place to be.

I’d heard the doc speak so many times, and I knew he was going to say something amazing. The March on Washington was two things. One, it was a celebration because race was on the national agenda. Kennedy said segregation was wrong. What began as a movement of a few hundred or thousand was suddenly a mass movement. So we wanted to celebrate all that. But it was also a protest. Congress was still controlled by Dixiecrats. How they were going to be brought around was a very big "if." When the doc delivered the Dream speech, I remember I put the camera down and was thinking that speech was so powerful and delivered in the shadow of Lincoln. His truth is marching on. I really believed that it was possible that Congress would somehow come around. The momentum would be very difficult to ignore. 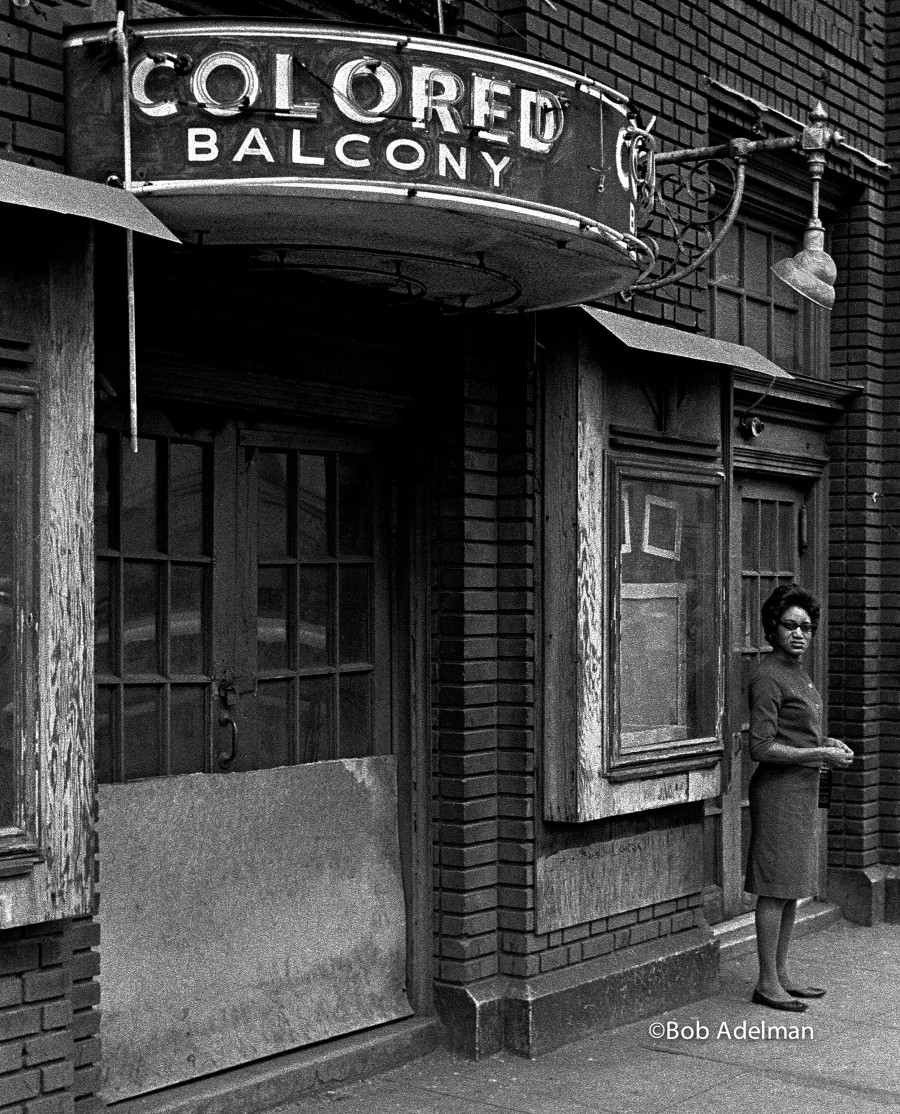 Another moment was when I took the Birmingham photographs of the water hosing, which were very symbolic. Black bodies were being hosed by white firemen. In the past, when the authorities would hose people, they'd just run away. But this was a different time. Instead of being intimidated and frightened, they gathered and stood up to the hoses. It became emblematic of what was going on. Terror was going to be resisted and not given in to. I gave that photo to the doc, and he looked at it and he said it was startling that out of such pain was such beauty.

What do you hope is the impact of showcasing these photographs today?

I hope the show is a toolkit for young people on how to go about transforming things. People need to be trained and organized and have stated goals. In order to bring about change, a lot of work goes into getting other people together and having demonstrations and picketing and hanging posters. People’s right to peacefully protest is one of the most American parts of the Constitution. 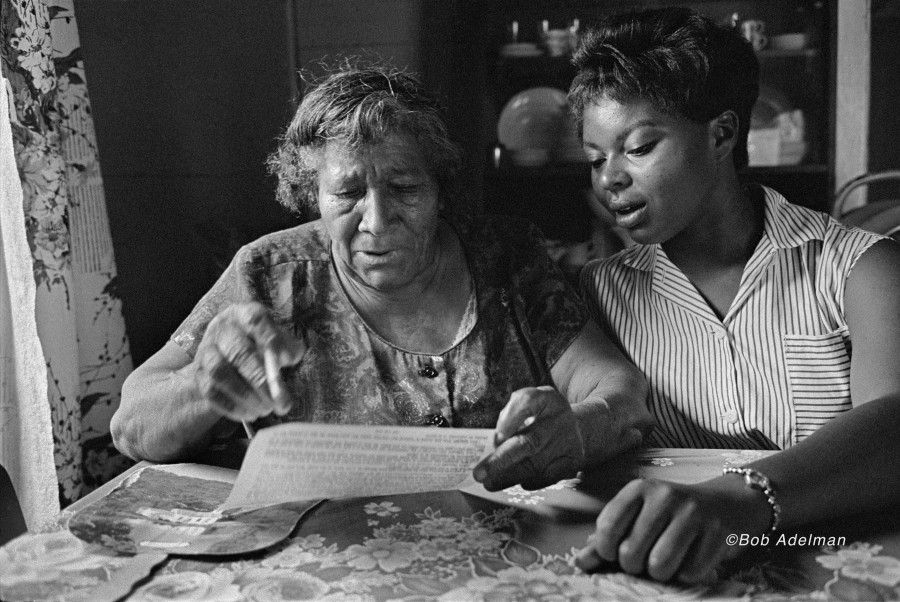 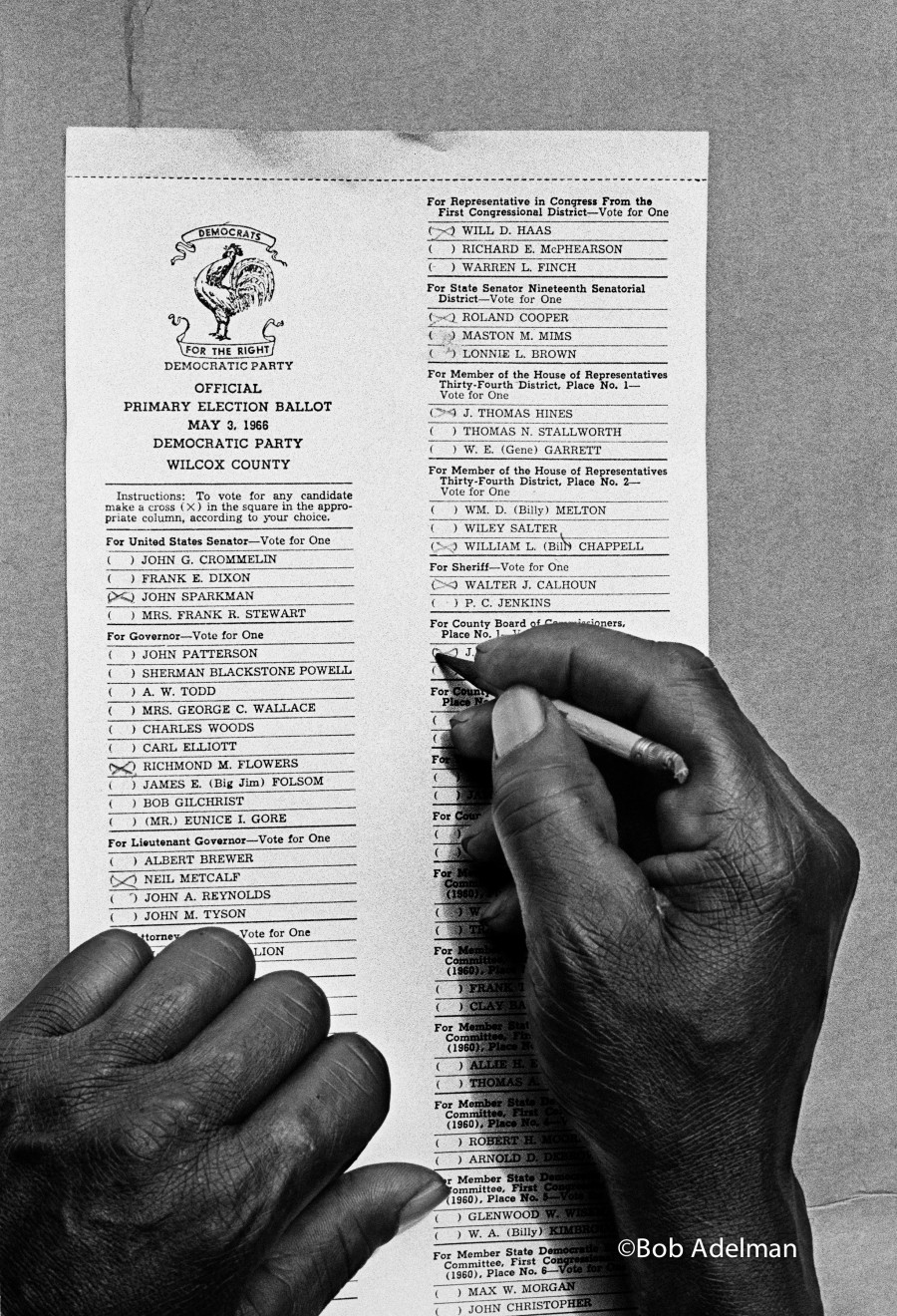 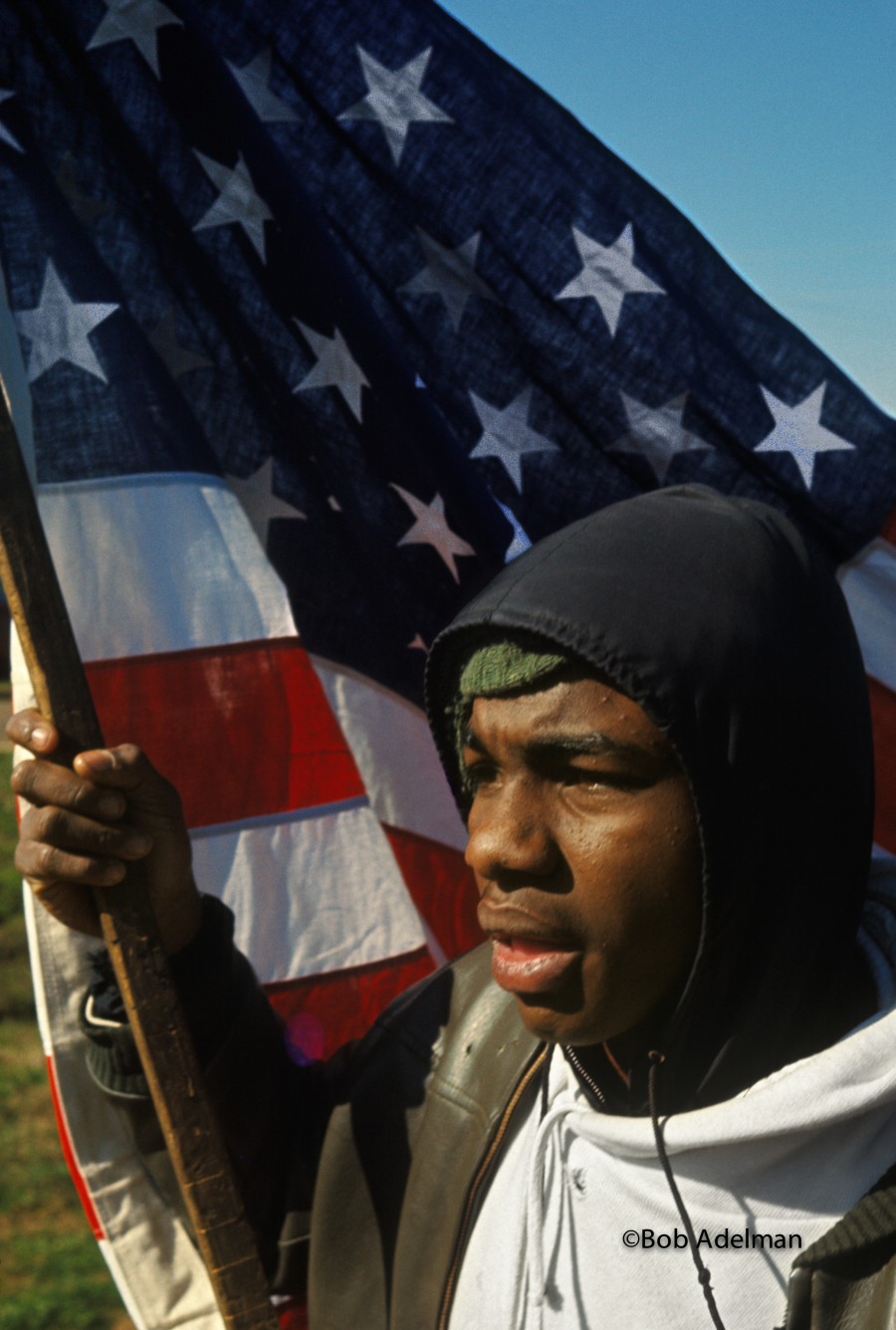 "The Movement: Bob Adelman and Civil Rights Era Photography" will be on view from January 19 to May 17, 2014 at NSU Museum of Art Fort Lauderdale.