"American philanthropy is a model for the rest of the world. We should take great pride in their dedication to important causes and support them with these endeavors."

We have made a commitment to our clients to assist them in every we can, to recommend solutions we believe are in their best interests, and to imagine that they are sitting with us on every transaction executed on their behalf."

This is how Bob Cushman began our interview which included his partner and son, Brad. They believe in the critical importance of old-fashioned relationships that are time tested and based on integrity and trust.

I have gotten to know them as I have attended and written about several of their not-for-profit seminars where they have introduced high net worth individuals to the top executives of the philanthropic world.

Dr. Ana Langer, founder of EngenderHealth, which provides essential health services primarily to women in some of the poorest countries in the developing world, spoke recently at one of their Symposiums.

As did Lynne Patterson, co-founder of the women's health initiative Pro Mujer, which is especially active in Central and South America.

The head of the Grameen Foundation in Washington, D.C., the world leader in providing micro finance services to very poor but industrious people throughout the world, also spoke at the Cushman Group offices earlier this year. 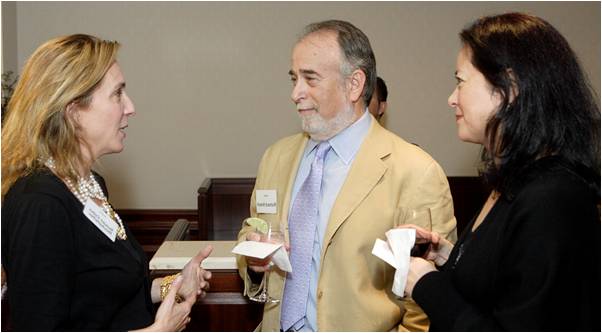 Susan Cohen Rockefeller recently spoke from their podium on her journey to becoming an environmentalist with Oceana, together with their CEO Andy Sharpless who talked about "Oceans at risk: Protecting and Restoring the World's Oceans for Future Generations."

Bob told me when I visited their offices in mid-town Manhattan that "these events are important because they gain visibility for the organizations we are affiliated with, and they are appreciative for the opportunity to deliver their message to an expanded audience of individual and institutional investors."

At the Cushman Group, Wall Street meets the world of philanthropy. The team seeks to provide further visibility for important not-for-profits by bringing them together with philanthropically-minded people who may not be familiar with their work.

Bob is the consummate Connector, complete with pedigree roots and degree from Yale where, in addition to being a Dean's list student, he captained two varsity teams and became an All American lacrosse player. He now serves on the Board of the Yale Alumni Fund.

The original Robert Cushman was one of the founding fathers of Mayflower Pilgrims, establishing Plymouth Colony in 1620. While a deacon of the church at the time, he was also largely responsible for negotiating with the syndicate that underwrote the Mayflower undertaking. He also delivered the first sermon given in the colony.

Another of Robert Cushman's descendants was none other than U.S. President Franklin D. Roosevelt. So this family has roots, and son Brad, who has already been managing money for two decades, is ready to grow them further. 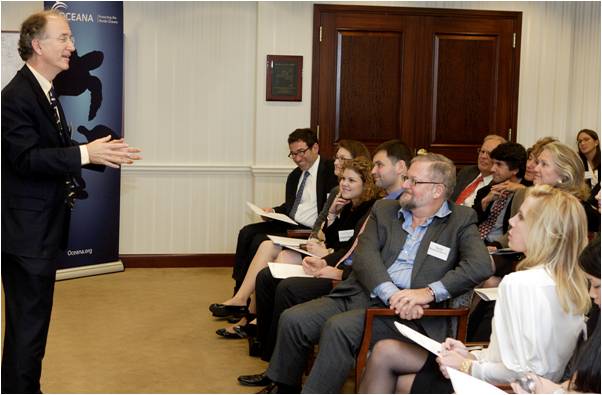 "Oceans at risk: Protecting and Restoring the World's Oceans for Future Generations."

As a result of Bob's awesome international client base and network, his endorsement and introductions could land a non-profit leader in Davos, speaking to the World Economic Forum. The Forum has about 50 categories of causes, and Bob seeks every opportunity to connect his network of not-for-profit organizations to this important organization.

"In the end," Bob told me, "and with regard to our activities, it's all about making an effort to encourage highly visible people in our country, whether actors, politicians, businessmen or professional athletes, to think as global citizens and to shape public opinion on issues that will make the world a better place for future generations."

"Oceans are everyone's problems," Bob explained to me in his Midtown New York boardroom. "The poisoning of the oceans, the deep trawlers that just scrape the ocean floors creating havoc and endanger crustaceans affect us all." 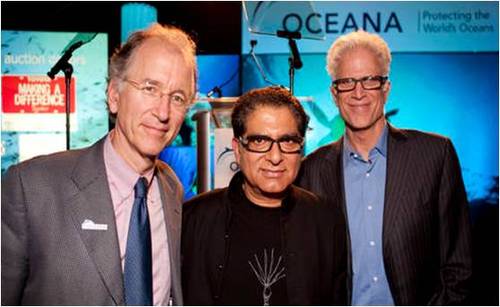 The Cushman Group features speakers on ocean conservancy to their VIP clients.

Brad Cushman is well aware of the dangers of ocean pollution as well, and speaks passionately about the acidification of the world's water resources. "Look at Cape Cod - no cod! The Mediterranean, where often, the only marine life left are jellyfish."

"Our oceans are of enormous importance to human civilization for obvious reasons ," Bob said. "We are all very dependent on their well being."

"Sure, the Hudson River is now cleaner," Brad added. "But in other emerging economies that are industrializing rapidly, the environment is often sacrificed for perceived short-term economic benefits. This is unsustainable, and the trends usually only get reversed once terrible damage has occurred.

Why do these two gentlemen care so passionately about the world? Simple: upbringing, education, and moral backbone. There are over 500,000 registered financial advisors in the U.S. but only a small number of them have a similar dedication, are thought leaders, and act as global citizens.

Through the firm's Consulting Group, they offer institutional level investment advisory assistance to individuals and institutions including not-for-profits, by helping them set realistic investment objectives, by providing professional portfolio management strategies and services, and by counseling on estate and retirement issues as appropriate. 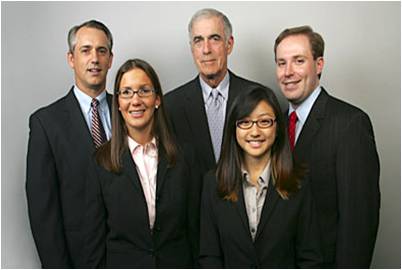 The Cushman Group is a tightly-woven team led by Bob (middle) and Brad (left) Cushman.

With a diverse team, including my friend Emily Chow, the Cushman Group is able to field different portfolio managers for various client needs.

What amazes me most about the group is the extensive resources they can draw upon to come up with the top managers, out of tens of thousands, to work with and for their clients.

Bob began his career at Citibank in 1959 in New York and in 1990 joined Morgan Stanley. As a world citizen, he has lived and worked in Geneva, Brussels, San Francisco, Hong Kong, and Rio de Janeiro.

As a result he says he speaks poor French, Spanish, and Portuguese. He is humble. These international assignments have enabled him to create an awesome international network and client base.

When asked about retirement plans after a 50-year career in financial services, Bob's response was "I've just completed my training program. It's time to go to work!"

Brad has been with Smith Barney since 1997 but only teamed up with Bob in 2001. He has an MBA from N.Y.U.'s Stern School of Business, has since obtained the Certified Financial Planner (CFP) designation, and like many other established East Coasters, went to Bowdoin College in Maine.

I think of Bob Cushman as the Ben Franklin of the financial sector. He is creative, intelligent, and can be trusted. His handshake means as much as hundred pages of contracts.

His son Brad has a hard act to follow but is his own man with unique talents, energies, and goals. In fact his first name comes from his mother's side of the family, as she is a direct descendent of William Bradford, the first Governor of the Plymouth Colony.

The Cushman Group is the type of family that defines our nation's values from roots that go back even further.

I believe they will begin to look at world peace and stability as the next critical component to individual, corporate, and human existence as we move forward globally.
No financial family is better poised to raise such an important issue than the Cushman's.