One restaurant owner learned recently that it can be a good thing when marijuana activists pass it around -- the wealth, that is.

Erb had passed through the restaurant a few days before on his way to bury his father’s ashes. It was then that he learned that Luther has a daughter who was recently diagnosed with cancer.

“He was emotional about it, just as any parent would be in that kind of situation,” Erb told the Vancouver News.

He stopped at the restaurant again on his way back through Chamberlain. This time, he cut Luther a check with a note urging the restaurant owner to “get out there to see her."

Those in need are sometimes on the receiving end of hugely generous tips. Servers have gotten tips to help them replace a car or fund a dream vacation, for example.

Erb won a $25 million lottery jackpot last year and has since been building a reputation for generosity: He has reportedly given around $7 million dollars to various charitable organizations, most notably to those advocating for the legalization of marijuana. 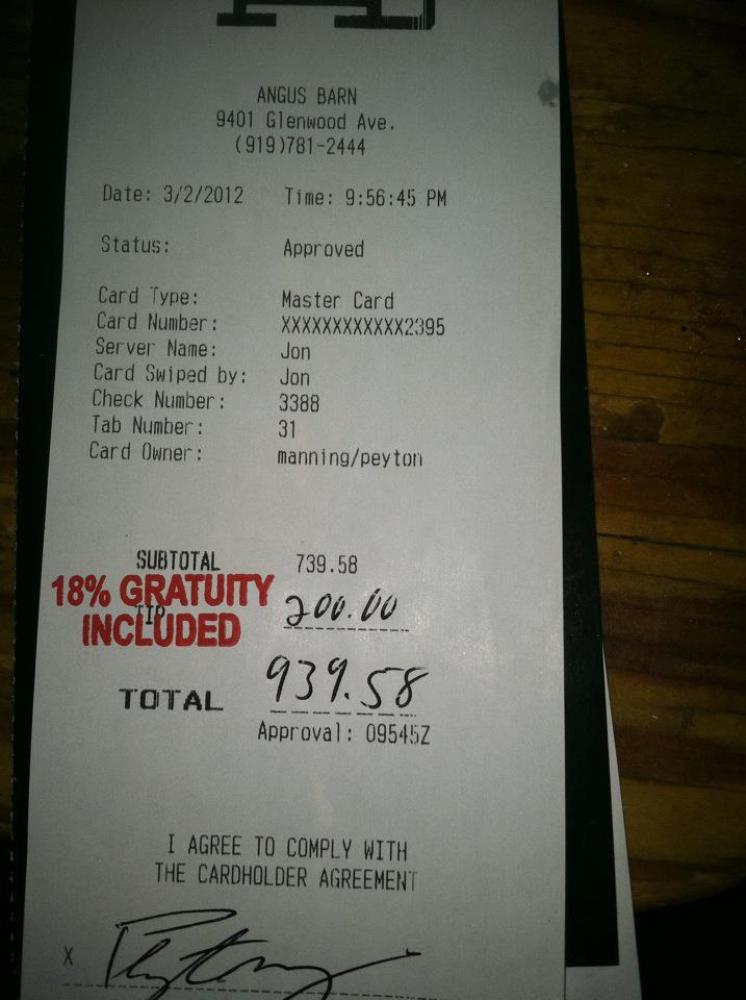