100. I couldn't get over it. He was born in 1903, a time when it was common for family members to just get up and die after coughing exactly once, a time when middle school-aged children had all the pep of President Taft, a time where hair wasn't really cut but pasted to one's head. It was a time when you could do things like lie your way into the armed forces, because no one ever checked quotidian things like birth certificates.

I mean, Bob Hope had lived long enough to be around for the September 11th attacks. He had also lived long enough to have experienced his first taste of fame when he won a talent show in 1915 with a Charlie Chaplin impersonation. 10 years later Fatty Arbuckle would discover him. Yet Hope lived to see the internet.

It was a lot to absorb.

Though I was in college at the time, I had an abnormally strong interest in Bob Hope's work. I loved the "Road To..." movies and somehow, in that pre-YouTube world, found ways to watch his guest spots on Jack Benny. (This bizarre interest didn't really go over well on dates, by the way.)

While Bob Hope was on the conservative end of the spectrum, I was surprised to learn, years later, that his taste in design was progressive. The best example: His Palm Springs home, designed by famed architect John Lautner. The incredible property is a midcentury masterpiece that has been compared to a UFO.

Here's a few glimpses of the home, taken by a hiker who came upon the amazing property. For an even better glimpse, check out our earlier write-up of the home. 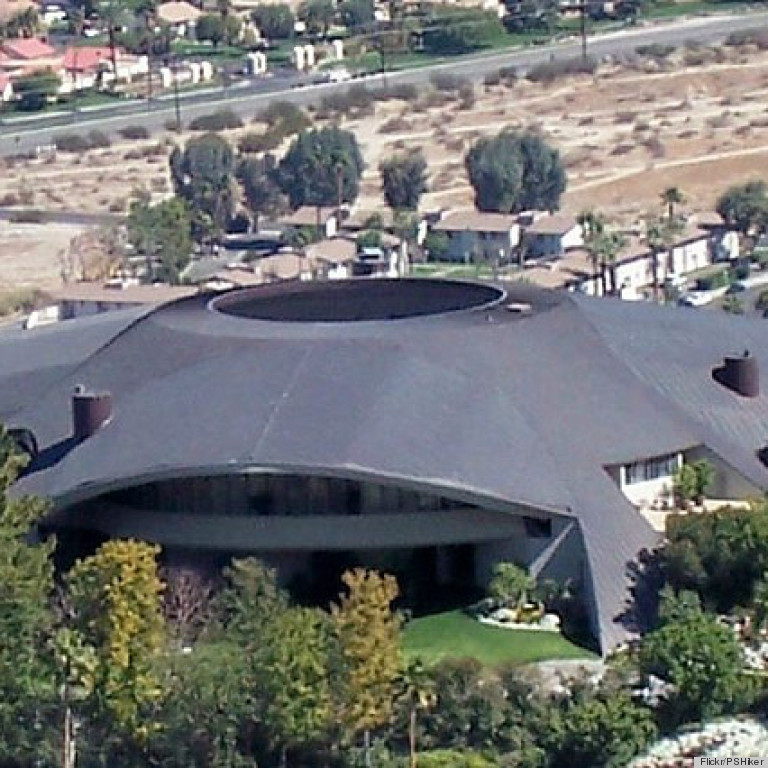 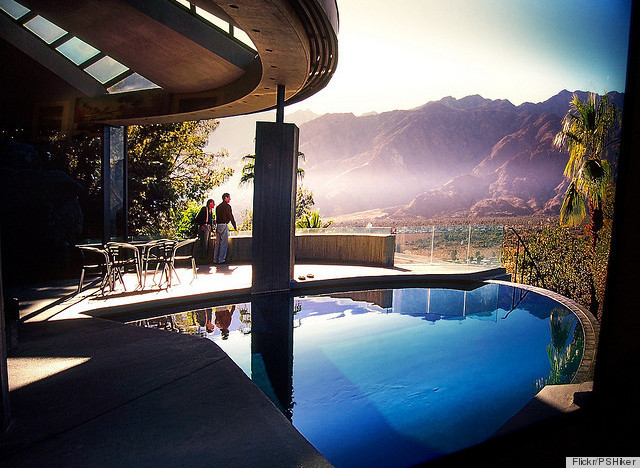