I was so sorry to belatedly read that Bob Hoskins died the other week. It occurred on the day I was traveling, and the elves back at the homestead fell down on the job and didn't let me know. So, I'm coming to this belatedly. But better belate than never.

There are many reasons I like Bob Hoskins, but one reason leaps far out above the rest. And it's a reason thoroughly different from most people, I'm sure.

First, though, some backstory. And about someone else entirely. Well, almost entirely.

I had a wonderful friend named Don Segall. But then for anyone to know Don, they'd likely call him a wonderful friend. I didn't know him terribly long, a few years, but it was enough to adore the fellow, and he did me some big favors. He also invited me to his famous "break the fast" extravaganzas after Yom Kippur, with among the greatest deli layouts I've ever seen. I still salivate thinking of them. Don was a fine writer, and an even more wildly generous guy. Funny, endearing, joyously outgoing, kind, decent, a friend to the world, and one of the more adorably nervous neurotic people I've met. One of those true, total characters. Don was...well, if you want to know what Don was like, go rent the movie Sweet Liberty (written, directed by and starring Alan Alda) and watch Bob Hoskins, who plays the supporting role of the screenwriter.

Just to be clear, I don't mean that the character Hoskins plays was very much like who Don Segall was. What I mean...that IS Don Segall. Just about literally.

One of Don's very best friends was Alan Alda (who did some very generous things for him late in Don's life, I should note). And when Alda wrote and cast the character of Stanley Gould -- the funny, endearing, joyously outgoing and adorably nervous neurotic screenwriter, he patterned him on his close friend Don Segall. And when he cast Bob Hoskins...that's what Don looked like, down to almost the slightest detail. And after getting cast, Hoskins followed Don around to get him mannerisms and vocal patterns and New York accent and ticks and smile and...well, everything.

And he nailed it. That is Don Segall. And the joy of this is that although Don passed 20 years ago much too young at an effusive 61 -- 100 would have been much too young for a ebullient character such as Don -- there is this film, Sweet Liberty, that comes as close to preserving him on film as one could want.

And it is for that reason that I love Bob Hoskins.

By the way, how good is Bob Hoskins as "Don"? Don wanted to play the role, and I believed even auditioned. But Alan Alda thought Bob Hoskins did a better Don on film than Don. 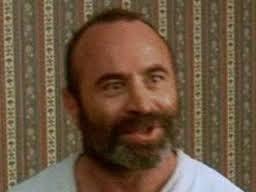 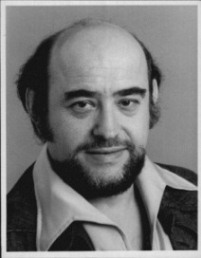 I tried to find a clip of Hoskins as Don...sorry, as Stanley Gould, but I haven't been able to. The best I can is show the "rollercoaster scene," in which he appears.

Alan Alda's character is a small-town New England college professor who wrote a book on the American Revolution. It was bought for the movies, for which Hoskin's character adapted the screenplay. And he's a bundle of nerves, always upbeat, but anxious about whether the script is good enough and if he'll be rewritten or maybe even replaced. So, he immediately becomes great pals with Alda as the original and respected author, in part because he respects a fellow-writer and such a talented one, but in part too for validation of his own adaptation, and in part so that this respected professor will be a voice of support for him. I'll protect your work, you protect mine.

The star of the Revolutionary War movie being made is Michael Caine -- whose character has a massive ego and utterly no regard for danger. He is pursuing a local woman, played by Lois Chiles. To get alone with the lady, he wants to go on a rollercoaster, and Hoskins -- always trying to endear himself to the powers of the film who have authority over his life -- goes along and drags Alda with him.

There's not much of Bob Hoskins here, but...it will suffice. For the rest, rent the movie. It's actually pretty good even in the other non-Hoskins scenes...

But it is for this performance that Bob Hoskins is forever among my faves.

To read more from Robert J. Elisberg about other matters from politics, entertainment, tech, humor, sports, and a few things in between, visit Elisberg Industries. Or just follow him on Twitter at the clever nickname, RobertElisberg.