Artist Vedran Misic grew up in Sarajevo -- a rare city where mosques, churches and synagogues were all located within a few hundred feet of each other.

"Their unique styles, beautiful ornamentations and designs fascinated me," he told The Huffington Post in an email, a sentiment that is clear in the artist's work, which radiates with creative energy. When Misic moved to New York in 1994 following the civil war, he found solace in a Bic pen and a sheet of paper. 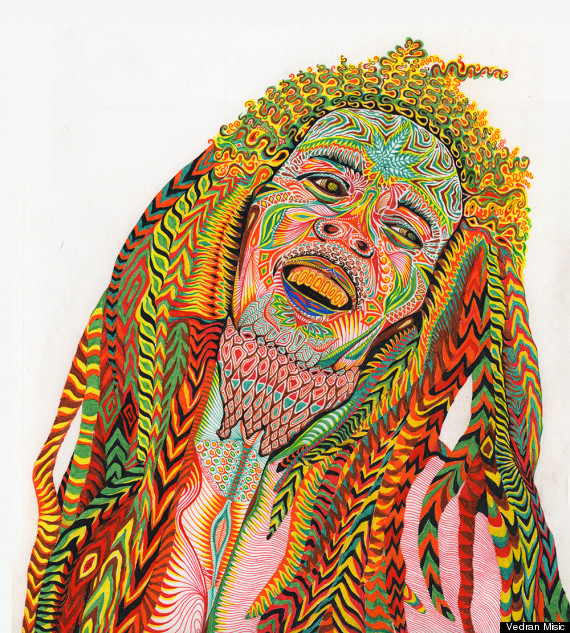 But what started out as a relief from culture shock from the move soon became an obsession in its own right. "The city where so many people lived on so little was full of a new generation that was abundantly expressing themselves through art," Misic explained. "This is when I stopped making excuses for not making art, picked up markers and once again started pouring out my ideas on the paper."

The resulting images capture holistic heroes from Ghandi to Bob Marley along with more abstract yet equally vibrant drawings. Their attention to detail and buzzing energy made our day. 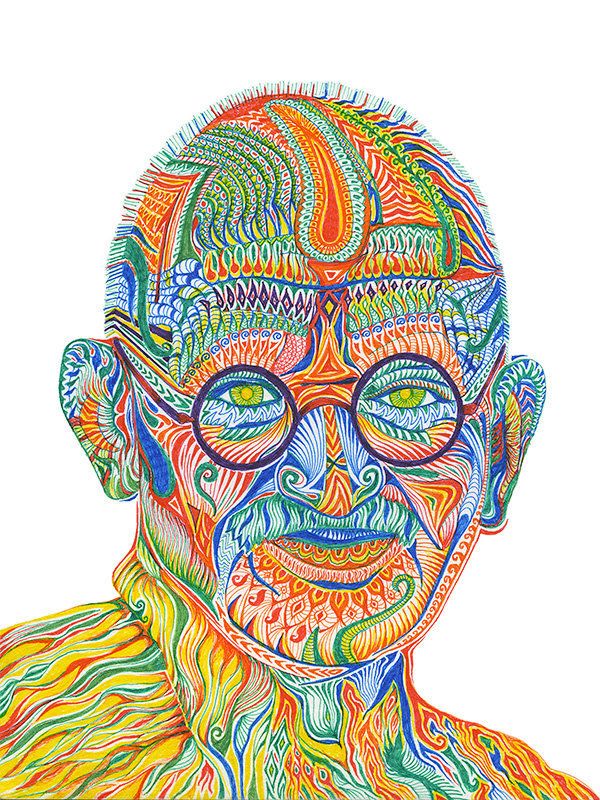