For Cedella Marley, keeping her father's legacy alive is a full-time job.

The daughter of music legend Bob Marley is the author of multiple children's books inspired by her dad, the designer of a fashion brand named for the Wailers album "Catch a Fire," and CEO of Tuff Gong International, an organization he founded to support creativity. She's also worked with her brothers to launch Marley's Beverage Company, featuring a new line of relaxation beverages. The aptly named Marley's Mellow Mood recently kicked off Marley's Music Uprising, a competition that will offer the winning band (LA's PapaFish) a recording session with Stephen Marley at Tuff Gong Studio in Kingston, Jamaica.

We caught up with the entrepreneur and mom of three to chat about her recent projects and famous family.

Why did you want to start Marley's Mellow Mood?
Our father was an entrepreneur. And he was also a farmer. And we’ve all been foodies growing up. We love being in the kitchen and we love creating. We always wanted to be in the food and beverage arena. And we said what if, instead of it being something that keeps you going and going, it’s something that can be calming and keep you a little bit more mellow? It's all about relaxation and a positive way of life.

What made you want to write children's books?
Being the mother of three boys and an auntie of 18 nieces and nephews, it just seemed like the right thing to do at that time. And being inspired by dad’s lyrics, to write these children’s books ... just to show the awesomeness of my father, he speaks to everyone. He can speak to a child and he can speak to an adult, all through his music. I plan to probably do a couple more in the next year.

Where do you get inspiration for your clothing line?
My inspiration comes from music, of course -- 1970s Jamaica dancehall. Even the artists themselves. I was looking at a picture of Marcia Griffiths the other day and I said, what a beautiful afro this woman had. So I'm always inspired by my environment, but definitely music and 1970s fashion. I’m really a retro girl at heart.

What's the best advice you got from your father?
He always said to be true to yourself. I think a lot of people, when they see the family ... apart from probably five out of my seven brothers having dreadlocks, and we all wear a lot of denim, the religion wasn’t really forced on us and to wear our own hair in a certain way wasn't forced on us. Dad always said just be true to yourself and everything else will just fall into place.

What artists today do you think are most influenced by him?
From Snoop to Bruno Mars to Rihanna. We just did the "Legend: Remixed" album. We have a bunch of artists on there that actually did Bob Marley remixes. So, we're not only in hip-hop or pop, but we’re also into the whole dance world now. And I think it’s cool for dad to be in that space. The influence is broad.

If Bob were around today, whom would he collaborate with?
First of all, his sons. Ziggy, Julian, Ky-Mani and Damian -- I think they would be an awesome group. Dad was very easygoing and laidback and I think anybody who came to him and said, "Bob, let’s do some music together," he would do it. He used to hang out with Mick Jagger and those guys and come up with different riffs. But it would be awesome for him to record with his sons. And I’ll do backup.

Do you think today's music should be more socially conscious?
I think it actually is, but it’s just not what radio’s playing. You have those conscious artists out there, not only from Jamaica, but all over the world. It’s just not airplay-friendly. It’s not what can get you the sponsors on your radio spots. And I think what Marley Music Uprising was able to do was to find that connection with young artists throughout America. It’s our dream to take this concept to other countries outside of the U.S. What we need next is Marley Radio, to be able to play some of these conscious artists.

What's one aspect of your father's personality that gets overlooked?
He could be a comedian. He was very funny. He was always cracking jokes. And I think people get the competitive side of him, but even with his own children, he was not one to lose a race to make you feel good about yourself [laughs]. You’re going to win the race because you’re actually going to beat him. He wasn’t one of those parents who said, "Just let my child win and it’s going to help their self-esteem." Even my younger siblings who didn’t have the chance to know dad that well, I think it’s something that's born in them. If you want to be better, you’re going to have to work at it. It’s not just going to happen.

What's been your favorite Bob Marley tribute?
I love Annie Lennox. Every time she does a Bob Marley cover, she’s my favorite. I cannot tell you a lie. Whenever she sings any of dad’s songs, it makes me feel good. Certain times when you hear people sing the songs, you go “You shouldn’t have done that.” But when Annie does it, it makes me feel good.

What are some of the strangest requests you've received to use his name?
We get some crazy stuff sometimes. Even today, I was looking at some artwork that came over for approval and it’s, like, some thongs. Who thinks we’re going to do thongs? It’s embarrassing to say some of the stuff we actually get because I can’t believe people actually think some of this stuff is a really cool idea. You know what’s the cutest? When people really believe they have to ask us for the rights to name their kid Marley. If you want to do that, just do it. It’s adorable. That’s the one that always tugs at my heart, when someone writes, “My wife loves your dad and we listened to him through labor and we just want to name our kid Marley. Would that be okay?” 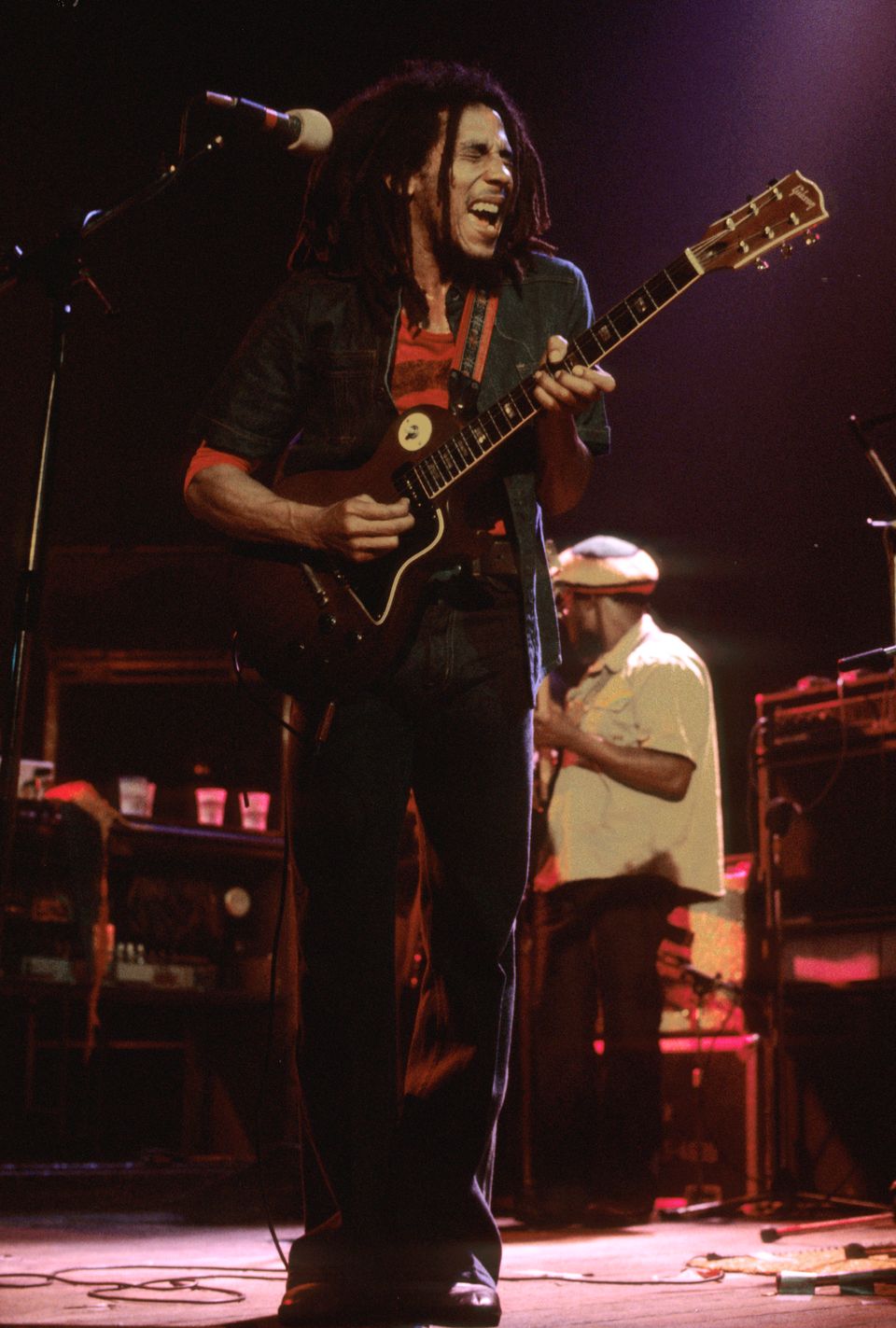