Bob Parsons, former CEO of GoDaddy, recently pledged half his wealth to charity.

Parsons and wife, Renee, recently joined the Giving Pledge –- a movement started by Bill and Melinda Gates and Warren Buffett four years ago –- which asks the world’s richest people to donate half of their wealth to charity.

The Parsonses, along with six other affluent families, signed on –- bringing the total number of members to 122.

“Renee and I have always believed every child has the right to good nutrition, the best medical care, a good education, a happy and stress free environment and the hope that they too will share in the American Dream,” the couple said. “We’ve dedicated our foundation and our resources to helping make this happen. It makes sense we join The Giving Pledge.”

The billionaire’s generous gesture may just earn him back some fans he lost a couple of years back.

In 2011, Parsons released a gruesome video of him and his hunting party slaughtering “problem elephants” that had damaged crops in Zimbabwe. He also posed with a dead bull.

The graphic post incited some serious backlash. A number of his major clients, including animal rights group PETA, closed their accounts with GoDaddy, according to Mashable.

Despite the onslaught of criticism, Parsons wouldn’t back down –- claiming that killing the elephants saved human lives.

“I'm not ashamed of what I did," Parsons told Fox News at the time. “All these people that are complaining that this shouldn't happen, that these people who are starving to death otherwise shouldn't eat these elephants, you probably see them driving through at McDonald's or cutting a steak. These people [Zimbabwe villagers] don't have that option."

The couple told AZ Central that it plans on focusing its philanthropic efforts on the causes it had previously supported, including the Southwest Center for HIV/AIDS and Hope for Haiti.

Since it was founded last year, the Bob and Renee Parsons Foundation has pledged $30.3 million in charitable contributions to 35 organizations.

“In this season of giving, we are inspired by the millions of people across the globe who give what they can in meaningful and significant ways,” Melinda Gates said in a statement. “The Giving Pledge is rooted in this spirit and hopes to inspire people to tackle problems that are inherently difficult and diverse in an effort to address the pressing social issues they care about most.”

CORRECTION: An earlier version of this story stated that Bob Parsons is the CEO of GoDaddy. He stepped down from his role as CEO in 2011. 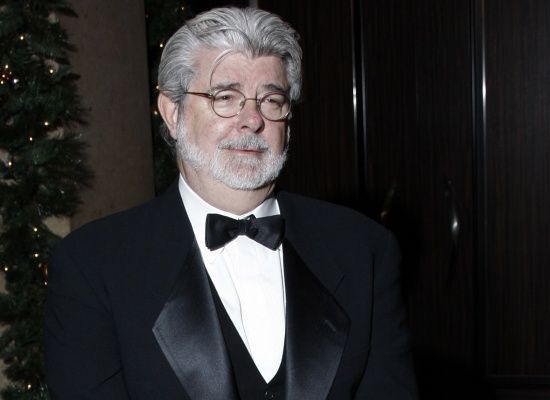 1 / 9
George Lucas
Hollywood director George Lucas is passionate about education. He has worked to foster positive growth in the education sector through, <a href="http://www.edutopia.org/" target="_hplink">Edutopia</a>, the George Lucas Education Foundation. Lucas plans to donate the majority of his fortune to this end.