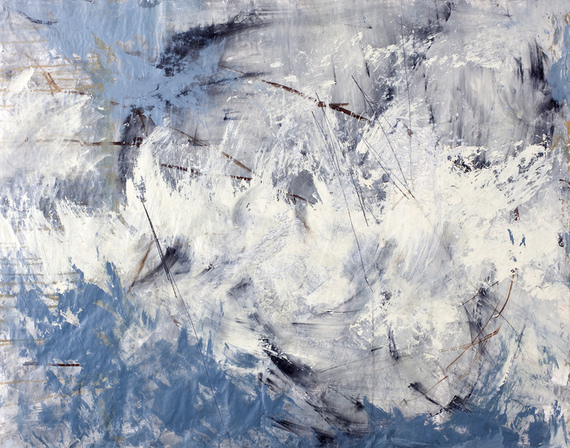 The history of art, especially in the modern era, has largely been animated by the struggle between abstraction and representation. Or more correctly, it has been punctuated by skirmishes along the border between them. In a way, the greatest contribution of the present moment to this history has been the recasting of this border as a continuum, a malleable territory in which dualities conflate and paradoxes hold themselves together. The urge to bring divergent perspectives into harmony is a defining quality of our zeitgeist, as discovering the arts and technologies of the past and of other cultures has become the great pursuit of our post-internet time.

Into this arena strides, gently but with great passion and purpose, the painter Bobbie Moline-Kramer, in whose studios the push and pull of hyperrealism, mixed media experimentation, gestural abstraction, personal narrative, and deep art-historical crate-digging has been underway for decades. Even after shedding the mantle of advanced realism, Moline-Kramer's compositions held onto imagery -- as the figures of people, birds, trees, monkeys, and the like frequently emerge from within or submerge down into more expressionistic heavily worked grounds. But just as often, there has been nothing in the way of pictures. Even so, her technique is emotionally rich, both immediate and labor-intensive, and so her process forms a kind of narrative abstraction telling of its own creation, satisfying the mind's desire for story, by other means. 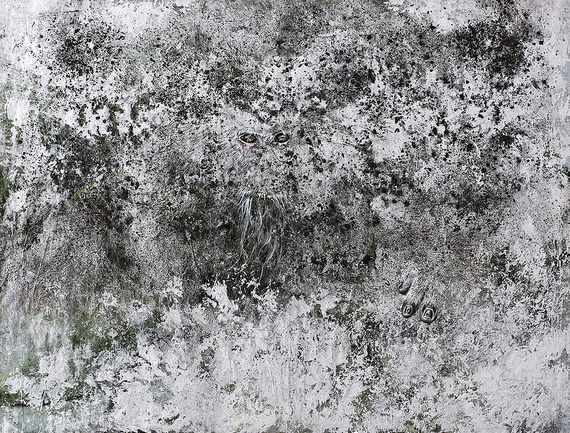 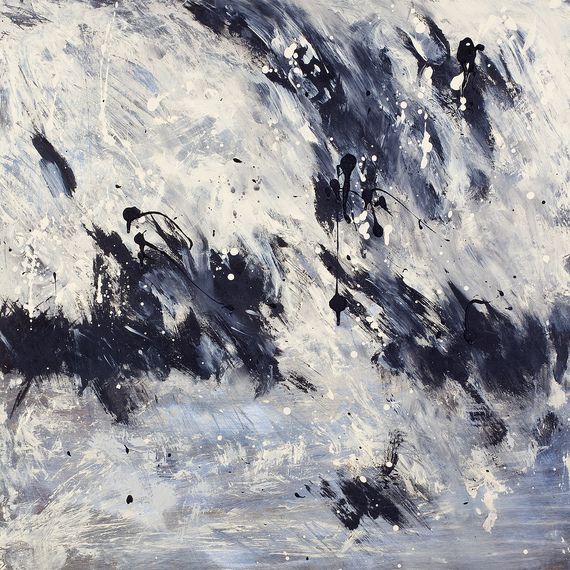 Her pristine blank paper is often first interrupted by figure drawings in varying degrees of resolve, before being gessoed over, drawn upon again, gessoed again -- these steps repeating in a garret she calls "the spatter room" as needed until she arrives at something she likes, "the essence that will undergird the final artwork." Some works stay predominantly abstract for years or forever; some contain more legible figurative passages; most are an accumulative orchestration of both. She is attracted to the provocative segues between angles of the body, the crooks and curves that so closely resemble the contours of the natural landscape. "It's rare," she says, "that I have anything in mind while I'm working in the spatter room. In fact it's the place where I allow myself the most absolute freedom." But in part because of her most recent series -- an erotica-inspired suite in which the figurative elements are much more intentional -- she's currently on the lookout among her cache of abstractions for those best suited for use as backgrounds. These works, the Shunga series, are the rare case where the developed abstractions host a fully realized drawing, one living out loud and telling a specific story. More than that, they are self-portraits. 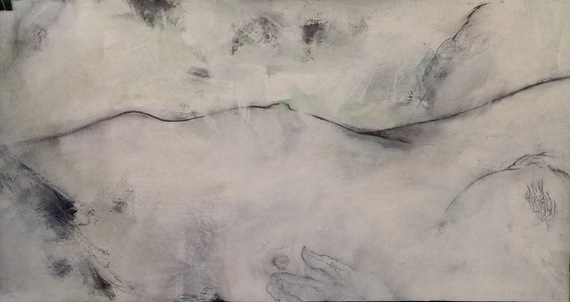 Shunga are Japanese erotic images with both aesthetic appeal and educational function. As a longtime Japanophile, Moline-Kramer discovered this lost art form on a previous trip (the same one where she created her powerful works with the snow monkeys in the Kyoto mountains). She fell in love with these prints and books with chequered pasts, mass-produced during the Edo Period of the 16th-18th centuries, before falling out of favor in an increasingly Westernized Japan. Having resided at an artists colony in San Diego in the late 1960s at which her colleagues tended to eschew clothing, it's safe to say that it was not the shock value of the Shunga that moved her. Rather, she sensed a profound affinity between the physicality and sensuality of her own abstract practice and the flirtatious, seductive, wit of the Shunga style of intimate observation. She began creating her own with modern, personal set-ups, fusing elements from throughout her own polyglot style and artistry to trace an evocative, piquant art-historical and humanistic plot. As a matter of formal technique, she accomplishes this with a unique methodology fusing abstraction and representation, instinct and deliberation, operating simultaneously in intellectual, physical, and evolved spiritual dimensions in which beauty and truth remain the paradigm. 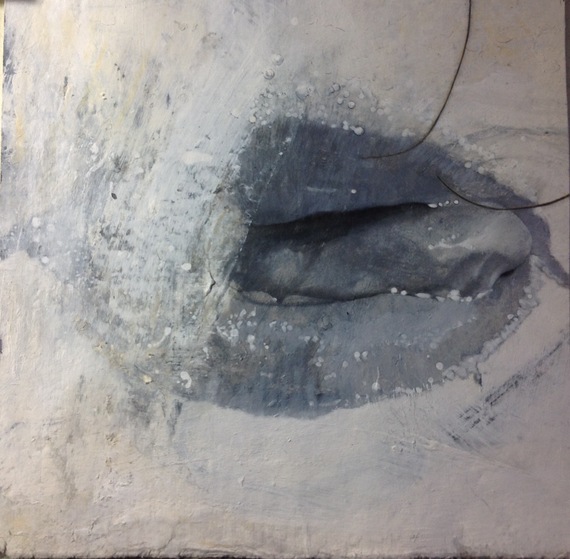 Moline-Kramer's work can currently be seen as part of the It Speaks to Me exhibition at the Carnegie Art Museum in Oxnard through August 21.

She is featured in Cratedigger: The Lost Art of Album Art, opening August 20 at Gabba Gallery in Los Angeles; and in a solo exhibition at Level Gallery in Dallas, TX in March 2017.

She currently has four museum shows in the works, spanning her career through the present, happening in Alabama in 2017; Iowa in 2018; at the Quincy Art Center in Illinois in 2019; and at the Freedom Park Museum of Natural Sciences in 2019. 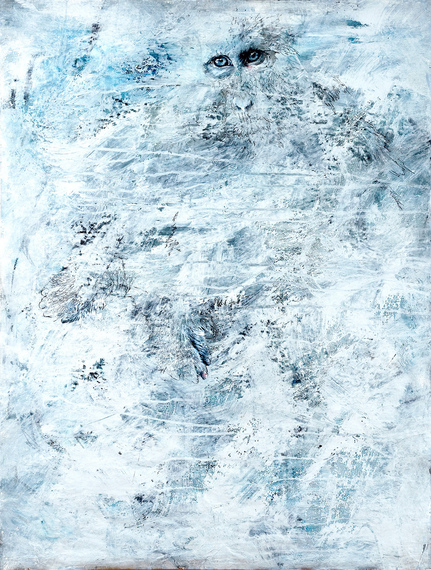