Hoping to avoid a struggle similar to that between President Obama and the so-called "birther movement," Louisiana Governor Bobby Jindal released his own birth certificate on Friday.

Jindal, who is of Indian heritage, publicly issued the document "knowing that his own status will certainly be examined in the event he ends up on a presidential ticket," The Times-Picayune reports.

Born Piyush Jindal on June 10, 1971, the former congressman arrived in the U.S. in utero, his mother, Raj Jindal, three months pregnant and moving to Baton Rouge with a scholarship offer to study nuclear physics at Louisiana State University.

According to a Jindal spokesperson, the governor's parents entered the U.S. in 1971 on green cards secured through Bobby's father, Amar Jindal and his participation in "a program by the federal government to increase the number of engineers." 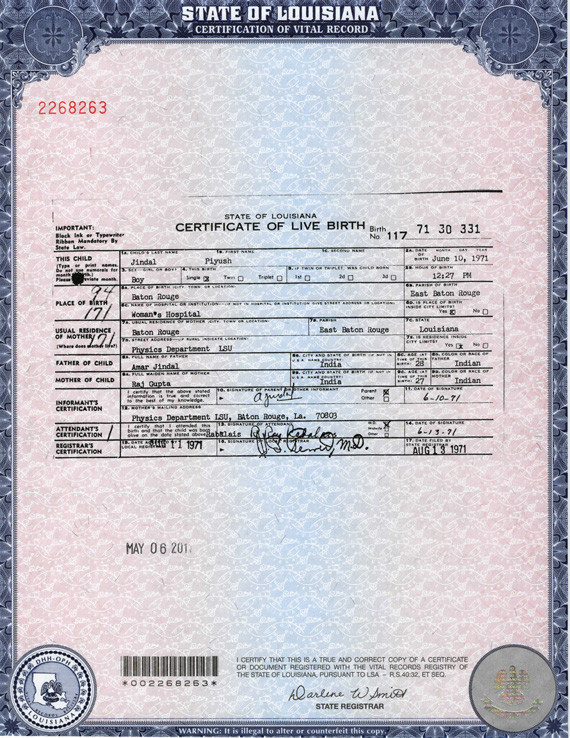