NEW YORK — Bobby Thomson, whose "Shot Heard 'Round the World" in 1951 has echoed through baseball history as perhaps the game's most famous home run, has died. He was 86.

Thomson had been in failing health for several years. He died at home in Savannah, Ga., on Monday night, the Fox & Weeks funeral home said Tuesday.

Thomson connected off Ralph Branca for a three-run homer in the bottom of the ninth inning in the decisive Game 3 of a National League pennant playoff, lifting the New York Giants over the Brooklyn Dodgers.

The drive into the left-field stands at the Polo Grounds and broadcaster Russ Hodges' ecstatic call of "The Giants win the pennant!" remain one of the signature moments in major league history.

Yet his drive into the left-field stands vaulted "The Flying Scot" to a place of almost mythic status. There have been plenty of historic home runs over the years – Bill Mazeroski, Kirk Gibson, Carlton Fisk and Joe Carter, to name a few – but Thomson's shot remains remains the giant among them.

The tall, lanky and self-effacing Thomson, however, was stunned that in a lineup that included future Hall of Famers Willie Mays and Monte Irvin, he would hit the pennant-winning homer. He called himself "the accidental hero."

Thomson's home run decided one of baseball's most memorable pennant races, and later led to one of its most-debated questions: Did he know Branca was going to throw the high-and-inside fastball that Thomson hit out of the park?

More than a half-century later, it was revealed the Giants during the season had used a buzzer-and-telescope system to steal the signals from opposing catchers. Helped by the inside information, the Giants overcame a 13 1/2-game deficit to the Dodgers, won 37 of their final 44 games and forced a playoff.

Thomson steadfastly claimed he did not know what pitch was coming when he connected. Branca was never quite so sure.

For years, Thomson and Branca appeared together at functions of all kinds, a modern-day Abbott & Costello act, their retelling of the moment filled with fine-tuned comic touches and playful jabs.

And long after the Giants and Dodgers left town and moved West, Thomson remained a recognized figure on New York streets. Taxi drivers, office workers and pedestrians of a certain age would stop him or call out his name – the old Giants fans cheered, the Dodgers crowd, not so much. 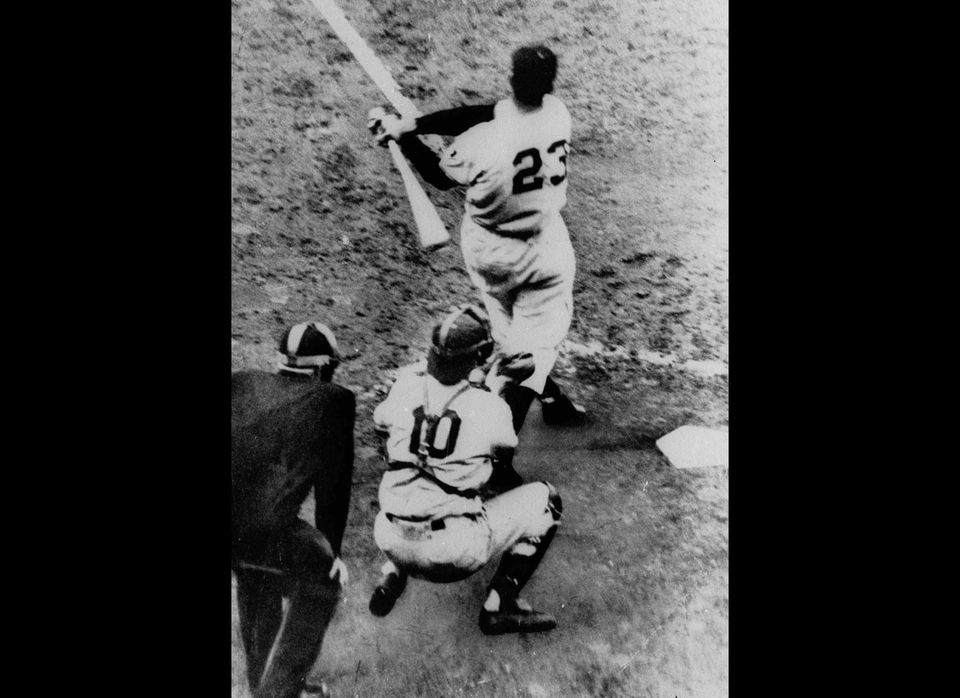