Bodhi Day is a Buddhist holiday that commemorates the day that the Buddha achieved enlightenment, translated as bodhi in Sanskrit or Pali. Bodhi Day is celebrated on the eighth day of the 12th lunar month. In 2011, Bodhi day is observed on Thursday, Dec. 8.

The Buddha was born as Siddhartha Gautama into a noble, privileged Hindu household. When he was close to 30 years old, he abandoned his material lifestyle and retreated to the forest seeking answers to the problem of suffering, specifically old age, sickness and death. According to tradition, he initially sought bodhi (enlightenment) through meditation, self-mortification and practicing other austerities.

After several years of intense practice, he realized that bodhi was to be found through meditation, but through a Middle Way, away from the extremes of self-mortification and self-indulgence. The story goes that he meditated in Bodh Gaya under a peepal tree (a species of Banyan fig), now famously known as the Bodhi tree, and resolved to continue meditating until he achieved bodhi (enlightenment). It is believed that after 49 days of continuous meditation, Gautama achieved bodhi (enlightenment) at the age of 35. Since then he was known as the Buddha ('enlightened one').

Bodhi Day is celebrated in many mainstream Mahayana traditions including Zen and in Pureland Buddhist schools in China, Japan and Korea. Buddhists commemorate this day by meditation, studying the Dharma, chanting sutras (Buddhist texts) and performing kind acts toward other beings. Some celebrate by a traditional meal of tea, cakes and readings. 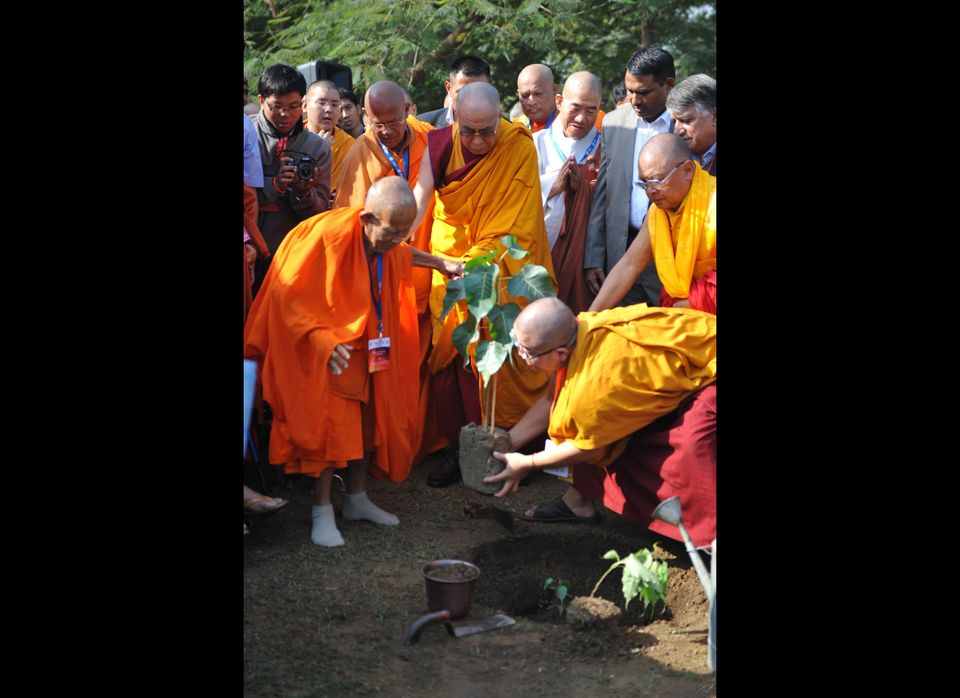 1 / 8
Dalai Lama Plants a Bodhi Tree sapling
Tibetan spiritual leader the Dalai Lama (C) helps a monk at a Bodhi tree sapling plantation ceremony to mark the 2600th year of Sambodhiprapti (The Enlightenment of the Buddha) in New Delhi on November 30,2011.
Getty