It's a woman's prerogative to change her hair. But when body hair changes without our permission? Then it's our imperative to check it out. Because hair is a signifier -- its presence, its gain, or its loss -- hair is always trying to tell us something. Here's what your hair can reveal about you: 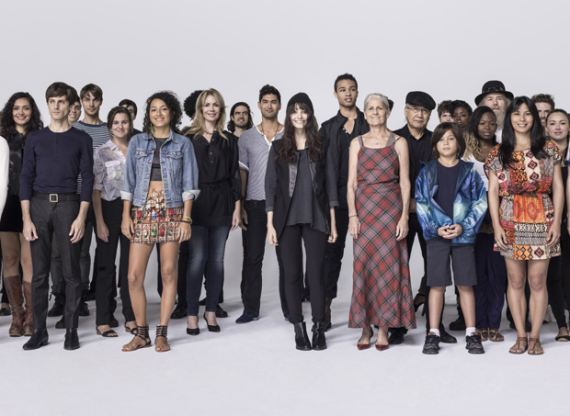 (Photo by: Getty Images)
Genetics could dictate how much body hair you have.
The amount of hair that blankets your body can depend on your ethnicity. The fine hairs that cover the body are called vellus (from the Latin word for "fleece"). Long, coarse, pigmented hairs that are larger in diameter are called terminal hairs and are found in eyebrows and eyelashes, on the scalp and chin, under your arms, and in your pubic area.

"There's a spectrum of what's normal with each ethnicity, of course, but different ethnicities have differing amounts of terminal hair," says Margaret E. Wierman, MD, professor of medicine at the University of Colorado Medical Center in Denver and chief of endocrinology at the Denver Veterans Administration Medical Center. "The ethnicity with the least amount of terminal hair is Asian, whereas people of Hispanic and Middle Eastern descent typically have the most. Other ethnicities fall somewhere in between. So what's normal, hair-wise, for you might not be normal for someone of a different ethnic background."

2. You could have an autoimmune problem
It's rare, but the immune system can turn on your hair follicles. The result can be losing your hair in odd, circular patches (called alopecia areata); losing all your hair on your scalp (alopecia totalis); or losing all your hair on your head and body, including your eyebrows and eyelashes (alopecia universalis). These conditions are typically treated with systemic steroids, and the hair can grow back -- though the cure doesn't always last.

Related: How To Turn Off Your Weight Gain Hormones

3. Your hormones are out of balance 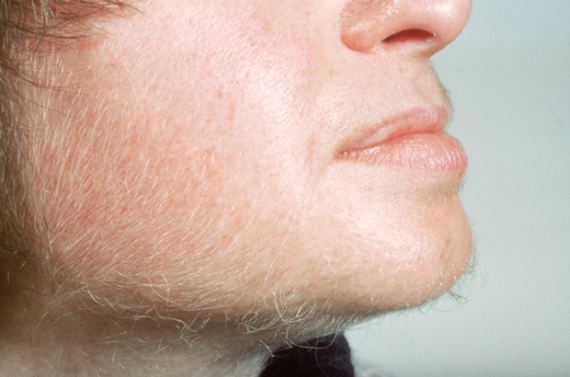 (Photo by: Getty Images)
Male-pattern hair growth or loss could signal shifting hormone levels
A sudden increase in hair growth or loss in women is often caused by an imbalance of male hormones, which are naturally present in both men and women in differing amounts. If you get an increase in testosterone, for example, excess hair can be the result. "It's called hirsutism -- a condition of unwanted male-pattern hair growth in women," says Wierman. "The 'male-pattern' part of the diagnosis means hair above the belly button, on the upper chest, or on the upper back. More than eight hairs around a single nipple is considered abnormal in women and would meet the definition of hirsuitism."

Much like male-pattern excess hair, male pattern baldness in women is also a sign of shifting male hormone levels. When estrogen levels decline during menopause and, as a consequence, testosterone rises, many women find that the hair on their heads thins while their facial hair becomes coarser. You might even find an errant hair on your chin. "Initially horrifying, yes," says Wierman, "but all perfectly normal."

4. Your ovaries may need checking
"If hirsutism is accompanied by irregular periods, it's most likely a systemic problem," says Wierman. The most common cause is polycystic ovary syndrome, which is characterized by enlarged ovaries that contain small collections of fluid, called follicles. The second most likely cause is obesity, which can also accompany polycystic ovary syndrome.

Related: 10 Things Your Breasts Say About Your Health

5. You might have a tumor
If hirsutism comes on very suddenly and dramatically -- "Say, over a period of six months," says Wierman -- and your testosterone levels and DHEAS levels (a blood test will reveal both) are very high, you may have a tumor that is releasing male hormones and changing the hormone profile in your body to such as extent that you're growing hair and fast. "In these cases, we look for a tumor of the adrenal gland or ovary -- both are possibilities," she says. "It's not common, but it's something your doctor will check out."

6. You might be iron deficient or have an underactive thyroid 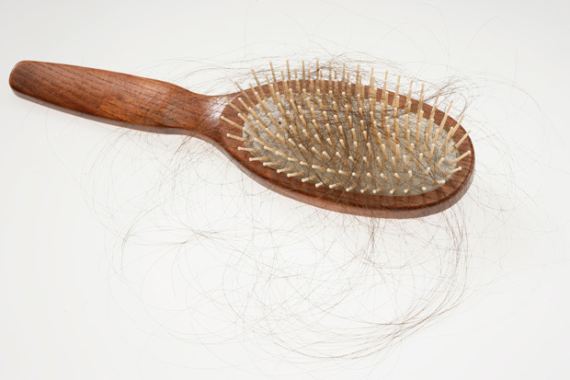 (Photo by: Getty Images)
Hair loss could be a symptom of hypothyroidism
Everyone has a hair cycle. Some people tend to naturally shed hair in the spring and fall; others in the summer and winter. But diffuse hair loss -- noticeable hair loss on your body and your head can indicate an iron deficiency or an underactive thyroid. Vegetarians and women with heavy periods can experiences this type of hair loss. Thyroid related loss has specific symptoms, says Wierman: "If you find that you're losing the outside third of your eyebrows -- and you're developing ridges in your nails, you probably have autoimmune thyroid disease," she says. "Go in for a blood test to have your TSH -- or, thyroid-stimulating hormone -- levels checked." (Check out The Thyroid Solution to learn how to balance your thyroid naturally.) A sudden change in your estrogen levels -- after pregnancy or stopping birth control pills, for example -- can also lead to temporary hair shedding.

7. Your bad habits
Some drugs leave detectable traces in your hair for years -- even a century. Trace amounts of morphine were found in a lock of hair that had been snipped from celebrated English poet John Keats' head 165 years after his death. The ode master had relied on morphine for pain relief while he was dying of tuberculosis.

This article '9 Things Your Sweat Is Trying To Tell You' originally ran on Prevention.com.

More from Prevention.com:
8 Things That Happen When You Stop Eating Carbs
Transform Your Body In Just 10 Minutes A Day
6 Things Doctors Do Every Day
8 Sex Habits Of Super Happy Couples
10 Ways To Speed Up Your Metabolism In Just One Day
20 Super-Healthy Smoothies