Anne Parris' recent offering on Midlife Boulevard was that for me. It was about another Dove commercial. Highlighting the unintentional messages about body image that mothers give daughters. It's pretty shocking. Please. If you haven't seen the commercial, you need to.

The subject? Moms talking about what they liked and disliked about their bodies. Stating with assurance that they had only taught their daughters positive messages about their own. The daughters, interviewed separately, were asked the same questions. The result? The daughters mirrored their mothers' criticism of her body. Almost exactly.

The mothers' surprise and sadness was palpable. What they had honestly tried to prevent, they were creating in their daughters. Self-consciousness and even self-loathing.

I read it slowly. Appreciated Anne's frank words. Thought I would tuck away the message. Maybe ask my son if I had affected him somehow.

Instead, the video stuck with me. I mentioned it to patients, struggling with their own image.

It brought back memories.

I was incredibly relieved when I had a son. I was petrified that I would send the same messages to a daughter that had been passed down to me. 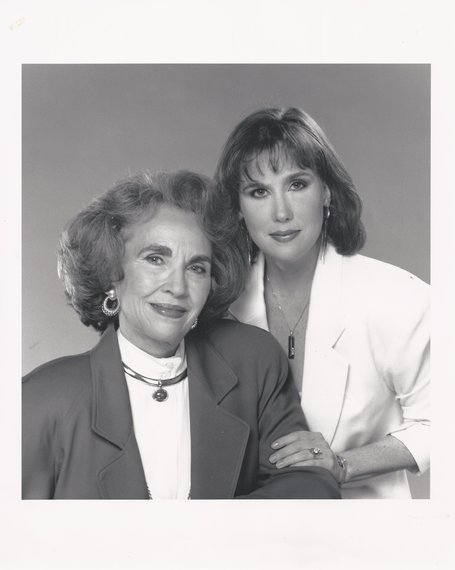 What I got from my mom was just wrong.

"Ladies never eat everything on their plate". I left more bites of food than I like to think about.

"You have never looked better!", she once exclaimed. I was 21. I weighed 101 pounds, 25 pounds less that I weigh now. Had had double pneumonia. Twice.

"You really need to do something about yourself". My mother had sat me down. Expressed what would pass for condemnation. I had gained 12 pounds after being married for 1 year.

I promise, sadly enough, that I gave my parents lots of reasons to confront me.

This was the only time in my life she did so.

What effect did all this have?

Full-blown anorexia in college. Not allowing friends to visit before I got married because I had gained 3 pounds since I had seen them. Seeking diet pills in my later 20s that left me so hyped up, I felt like I was practically flying.

Starving before trips home. Knowing my body would be quietly assessed. Always putting on a false front.

My mom was caught in the same trapped thinking she taught me. Without a doubt, she did not mean to hurt me. She wanted me to feel attractive. Have wonderful self-esteem. Catch a man.

After she died, many people said, "Your mother was so beautiful. Always so well-dressed".

If she just could have valued herself.

I am certainly not anorexic now. I love to cook. Enjoy good food.

The legacy that remains is having to monitor my thinking. Occasionally my choices. Automatic calorie counts registering in my head. Picking toppings off of pizza. "I don't like crust", I explain. (That's a bunch of hooey).

Hearing a compliment. "Thank you" comes out of my mouth. What can be my thought?"If you really could see the way I look, you wouldn't say that".

When I reach for seconds, it's hard not to hear, "You look like a pig." When I see a picture of myself. And the first thing I search out is if the little roll around my waist shows. If it does, I have to fight feeling shame. At least for a minute or two. "Everyone must see me as out of control", the voices whisper.

In that moment, I feel unacceptable.

This is what I call "eating-disordered thinking". The ruthless eating disorder gremlins that chatter in your ear. That ultimate control is needed. Now I confront those voices. Actively replace those thoughts.

I am winning this battle. One meal. One picture. One compliment at a time.

I am lucky. Many do not. They remain miserable. Obsess about their body.

No thin is too thin for them.

I couldn't disagree more. It's hard work to detach from those messages. That shame.

But it's so worth it.