Smile, don't slouch. And don't cross your arms. Your parents probably taught you to use certain body language to appear friendly and polite.

But new research shows that your body language does much more than change the way other people see you -- it can change how you see yourself. Psychologists describe this phenomenon as "embodied cognition."

Just watch the latest video in our Talk Nerdy To Me series above to learn more.

Dr. Amy Cuddy, a social psychologist and associate professor at Harvard Business School, brought embodied cognition to the forefront in a powerful TED talk in 2012, which was viewed by more than four million people on YouTube. In the talk, she opens up about cutting-edge research on "power posing" -- the idea that your posture can influence your confidence.

"The work that Amy Cuddy discusses is that certain body movements/postures produce changes at the physiological level, like changes in hormones," body language expert Dr. Tanya Vacharkulksemsuk, a research fellow at the University of California, Berkeley's Haas School of Business, told The Huffington Post in an email. "For example, people process sentences to be more angrily toned when they are asked to read the sentence with their eyebrows furrowed."

And that's not the only example of bizarre embodiment. Research shows that your arms, your smile, and even your hand gestures influence your mind, mood, and behavior.

Just keep reading and/or check out the video above for six scientific findings that shed light on how you can use your own body to your benefit. And, leave your thoughts about the power of embodied cognition in the comments below.

C'mon talk nerdy to me!

JACQUELINE HOWARD: Hey everyone. Jacqueline Howard here. Yeah, I know. It looks like I’m sitting back and slacking off. But you’ve got it all wrong. I’m actually boosting my confidence right before your eyes. Making yourself look big -- like how I was sitting -- is what psychologists call a “high-power pose.” It’s no secret that people innately do this pose when they're achieving something great -- like, these guys.

But did you know that you can use power posing to program yourself for success? This isn’t the same old body language that you’re used to hearing about. It’s a field of research called embodied cognition. Just take it from Harvard psychologist Dr. Amy Cuddy in this TED talk that caught the attention of more than four million people on YouTube.

JH: And that's because a power pose may actually boost levels of testosterone, while lowering the stress-hormone cortisol in your body. But this powerful pose isn’t the only way you can hack your body language to your benefit. Here’s what the science says about five other simple techniques.

Slouching is the ultimate low power pose. Research out of San Francisco State University shows that slouching can bring down your energy and even make you feel depressed, but assuming a more upright position can improve your mood and energy.

You may have heard that crossed arms make you appear less approachable. But one study shows crossing your arms may boost your persistence. Researchers at the University of Rochester found that when people crossed their arms while working on a task, those people showed greater persistence than others who simply rested their hands in their laps.

Gesturing’s a great way to explain something to other people. But it can also help you learn. A study of grade schoolers found that kids who were told to gesture in class were better at retaining what they learned than the other kids.

Next time you’re trying to skip that second-helping of dessert, clench your fists. Sounds crazy but an international team of researchers showed that that really works. The scientists had college students go through grueling experiments, like making them hold their hands in freezing water to making them taste a sour vinegar drink. It turns out that those students who tightened their muscles had an easier time completing those tasks.

You know the expression, grin and bear it. It may sound like a cliche but research shows that smiling can lower your heart rate and even increase feel-good endorphins in your brain. Even if it’s a fake grin like in one study when researchers made people hold chopsticks in their teeth.

Still, the way that your mind and body are connected represents a field of research that scientists are just now beginning to explore. What other ways would you like to hack your body for the better? Let me know in the comments. Come on, talk nerdy to me! 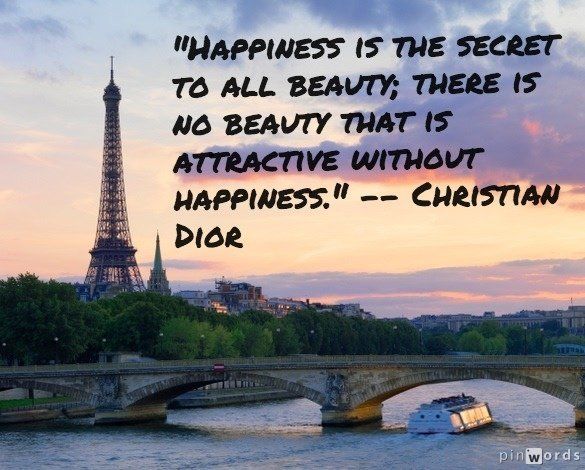