We know flying tinkers with our bodies -- this much is made clear by our messy post-plane hair and our overpowering jet lag.

But being in the air causes bodies to react in some ways that are not as obvious. This is your body on an airplane... get acquainted with your mid-air self, and feel better prepared to tackle your next long-haul flight.

On a plane, your taste buds go numb.

You can’t totally blame airplane food for its undesirable taste -- because our taste buds go numb during a flight, according to a 2010 study commissioned by Lufthansa. The reason? Dry plane air can evaporate nasal mucus, and cabin pressurization can cause membranes to swell, both of which prevent you from fully detecting those food scents so crucial to taste. So in the air, you're likely not enjoying meals to their fullest potential.

This spells bad news for airline chefs: the Lufthansa study found that our perceptions of sweet and saltiness drop as much as 30 percent at high altitude. That’s why airlines will test their dishes on flights or in high-tech, faux-pressurized environments -- and why they’ll load on heavy spices like cardamom, lemongrass and curry. 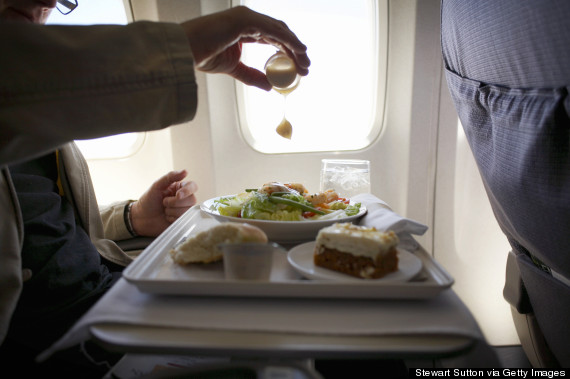 It’s certainly not the comfy airplane seats -- lower oxygen levels contribute to your feelings of fatigue. Plane cabins are pressurized to simulate a 6,000 to 8,000-foot elevation on Earth, and your blood absorbs less oxygen at those altitudes. As any skier knows, this can cause dizziness, sleepiness and general lack of mental sharpness.

What's worse, blood isn't moving around much while you're seated for hours at a time, says Jeffrey Sventek, executive director of the Aerospace Medical Association. "On a long-distance flight, there is a significant stagnation of blood flow," he says. "Blood isn’t circulating as well as it should, which slightly reduces oxygen levels." Cue weariness. 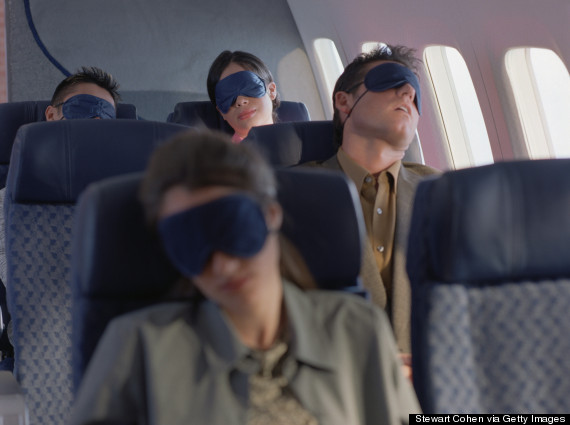 Blood pools up in your legs and feet.

When you're sitting for a long period of time, blood collects in your legs and feet. And when it leaves your veins for the surrounding tissue, that nasty mid-flight foot swelling ensues. In extreme and rare cases, this can escalate into blood clots.

The goal is to push that blood back from your legs into your heart, Sventek says. Flex your feet, extend your legs or contract your calf muscles to circulate blood upwards, which will also boost oxygen levels and fight your fatigued feeling.

As a plane rises and cabin pressure drops, the gas in your intestines expands. Your stomach might feel full or cramped -- think of that water bottle that has expanded and explodes a little when you open it mid-flight. So if you have to get rid of some gas, just let it out. Not doing so could lead to pain, bloating or worse.

Gas fluctuations also affect your ears -- during a plane’s descent, the tube that lets air in and out to maintain pressure doesn't react quickly enough, so air can’t pass through and pressurize your ear correctly. That’s why swallowing, clicking your jaw or yawning helps -- it can open the tube, let air flow and allow the ear to return to normal pressure.

Gas can get stuck in other cavities, too, like teeth (causing a toothache) and sinuses (just plain OUCH). 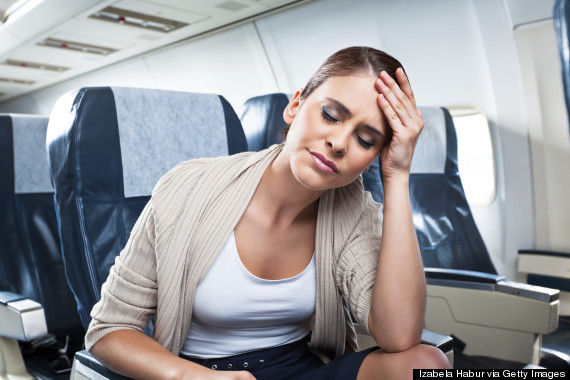 Your brain can't immediately tell there's been a time change.

Any time you cross two or more time zones on a flight, Sventek says, jet lag might ensue as your brain catches on to the new pattern of daylight and darkness.

But effects are less when you're flying from east to west. The body naturally prefers a circadian cycle (or waking and sleeping schedule) that's of about 25 hours instead of 24, Sventek notes. When you fly from east to west, you're adding hours of daylight to your schedule, bringing your total daylight exposure closer to that 25-hour mark. That's why "people who fly in (a westerly) direction with regularity have very little problem performing quite well on the West Coast," Sventek says.

Cabin pressure and dry, recirculated air zap moisture from your skin. But don’t worry -- there are plenty of balms, lotions and potions to bring your complexion back to life. A flight attendant's number-one rule, meanwhile, is drinking water, to keep skin naturally hydrated.

A more serious concern, however, is that a recent scientific review found that pilots and flight attendants face more than twice the risk of developing melanoma compared to the general population, possibly because plane windows don't sufficiently block harmful UV rays, which are more powerful at cruising altitudes.

And there might be a scientific reason why you always order tomato juice.

The air pumped into a plane cabin is incredibly dry, Sventek explains. And naturally, moisture wants to jump from places of high concentration (like your mouth and respiratory tract) to places of low concentration (like the cabin around you). Exhaling all that moist air results in water loss. Hence, you are dehydrated. And hence, you may crave a beverage. And tomato juice, typically very salty on the ground, may taste less intense at higher altitudes, where our taste buds have a hard time detecting salty flavors. And also, tomato juice is all but synonymous with beverage carts in our culture. So you drink the tomato juice.