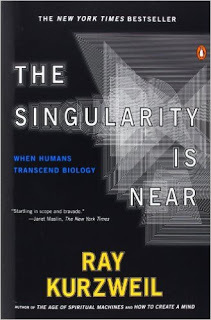 Is there a certain point at which you want a trade in, rather than more body work? When you come down to it, there's not much difference between a car and a body and the new driverless cars armed with A.I. are in many ways going to be slightly more intelligent. A car's engine is it's heart, it's window wiper fluid container, its bladder, it's fuel tank it's GI track, it's exhaust pipe its rectum. If you're an aging male you lube up with the holy trinity of Cialis, Flomax and Lipitor. Why shouldn't you be able to go over to a dealer and acquire a new model, rather than having to go for tune-ups (yearly check ups), engine work (cardiology), wheel rotation (orthopedics) and interior heating and cooling (endoscopy and colonoscopy)? Our health care system is sorely overtaxed by all the medical procedures available (engine work) which are aimed at keeping the body aka car on the road. Naturally there's the obvious cosmetic piece (botox, face and glut lifts, collogen, rhinoplasty, vaginoplasty, and silicone breast implants). But then there are also the bypasses for heart disease, gastric sleeve surgeries to correct obesity, lobotomies, appendectomies and penectomies for those who want to be someone else. Once deadly complaints are easily if expensively dispatched with by the futurist Ray Kurzweil in The Singularity is Near: When Humans Transcend Biology who offers the prospect of immortality through nanotechnology. But who is going to maintain the growing army of old people whose longevity exceeds their usefulness and who have lived beyond their or anyone else's needs and whose upkeep threatens to submerge both their children and their countries's heath systems into debt?