The recent installation of billboards in Dearborn condemning female genital mutilation (FGM) -- the non-medical cutting of girls' genitalia in order to "purify" them or ensure their chastity -- has received a powerful mixed reaction. There are many who commend and support the billboards, which they see as a strong and democratic condemnation of a practice which threatens the health and dignity of approximately 200,000 American girls. Others have taken up arms, suggesting that the ads are an implied vilification of cultures which support the practice, and moreover a topic which should be "off limits" to outsiders, given that condemnation of cultural practices being naturally abhorrent to the average American.

Last month, I had the pleasure and privilege of joining the inspiring, award-winning UK women's rights activist Jasvinder Sanghera on a radio talk show transmitted from California. Both of us participated in the making of Honor Diaries, a documentary about honor violence, forced marriage, female genital mutilation and the exploitation of culture in order to subjugate women. As such, we discussed how these issues are affecting Americans. 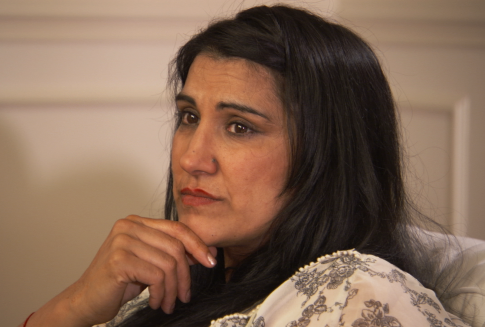 The host of the program asked us about the nature and prevalence of honor violence -- acts of violence which are meant to preserve, cleanse or revenge perceived acts which go against a person, family, or community's concept of "honor" -- and we answered many of the same types of questions that we have been asked throughout our promotion of Honor Diaries.

But then things got interesting.

Generally, interviews about honor violence tend toward support of efforts to preserve the rights of women and protect girls' from forced practices of all kinds. But in this case, the host became somewhat nervous. He reiterated that Muslim culture -- in which the questionable practices are most often noted in the United States -- is not the only culture in which honor violence can occur, and that the overwhelming majority of U.S. Muslims do not take part in such things. He is right, and we agreed. 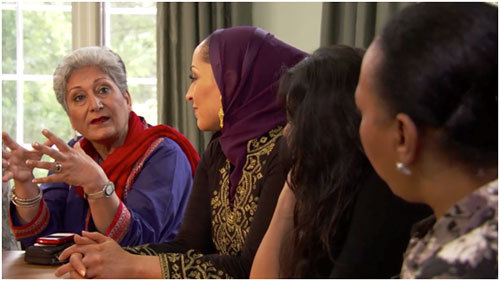 Then he suggested that perhaps cultural practices such as forced marriage and female genital mutilation might be protected by the U.S. Bill of Rights under freedom of religion. To me, this is totally unreasonable -- how can forcing a girl to have her genitals cut so that she is deemed "clean", or forcing her to marry someone because her parents demand it, be considered freedom of religion?

Here I realized the quandary in which so many Americans find themselves. On the one hand, they want to make determinations and judgments about what is right or wrong on a fundamental, human level. They want to take a stand against practices which they feel are un-American, if not inhumane. And yet on the flip side, they are terrified: they do not want to condemn an entire culture for the harmful and abhorrent practices of a small proportion of its members. And they do not want to be "un-American." Americans are open-minded, non-judgmental, accepting, inclusive and supportive of a wide array of lifestyles which fit into the concepts of liberty which are indeed enshrined in the Bill of Rights.

So when Americans, or Michiganders, see a billboard which suggests that a certain cultural practice be stamped out, they immediately go on the defensive, unsure of where they should stand even before they analyze the justice of the issue.

This is a beautiful, American reaction, but the wrong one.

We must remember that our country does not confuse freedom with permissiveness, emancipation with indifference. We must care about preserving the rights of our fellow Americans, and not be misled into tacitly supporting the subjugation of some under the premise that others should have the right to oppress them.

That the subjugation of women is a cultural norm and should therefore be protected is a ruse which aims at forcing Americans to swallow anything and everything in the name of culture. But culture is no excuse for abuse.

Do not be fooled. Stand up for the rights of women. There is no noble culture in the world which should feel threatened by that.