For around a year now, Raul Valda has been taking beautiful photos of Bolivian street dogs.

He started the project in response to a rough period of his own: About 10 years ago, Valda, who lives in La Paz, was suffering his "first bipolarity crisis," he says. "More than pills or therapy, my dogs -- Amaru and Wara -- got me through it."

In 2013, after becoming a full time photographer and opening a studio, Valda thought it right to pay tribute to the canines who have helped him so much with a documentary project involving stray dogs in his hometown. 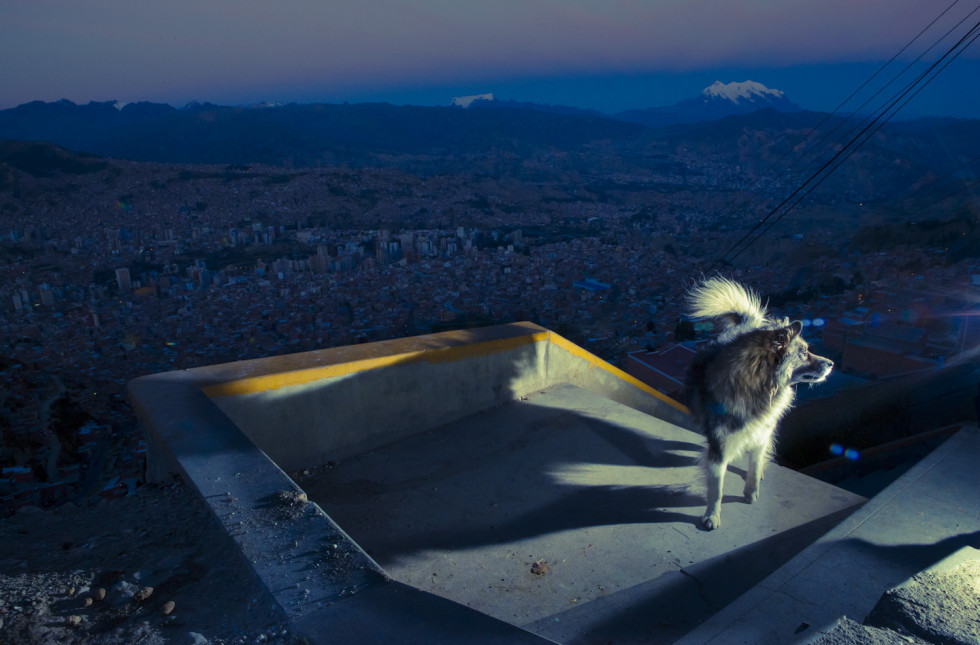 "The first photo was taken in April 2013, in El Alto, one the highest cities in the world at 13,620 feet," Valda says. "As I took the pictures, I was overwhelmed by the number of dogs in the streets and their living conditions."

He eventually decided to turn the series into a book "as an homage."

Valda -- whose images have been selected for a show of emerging Bolivian photographers -- recently spoke with HuffPost about that homage. Both lovely and sad, it shows scenes of dogs doing things like eating from dumpsters, lit up and shot like fashion spreads.

The Huffington Post: Are there a lot of street dogs in Bolivia?

Raul Valda: There are different estimates, but according to the Ministry of Health, there are over 390,000 dogs in [La Paz and El Alto], of which 40 percent are street dogs with owners and two percent are considered 'stray dogs'. They also claim the total number of dogs in the whole country grows 20 percent every year. From what I have seen, I'd say the statistics underestimate the number of stray dogs.

The situation is special: Many people leave their dogs in the street during the day and let them sleep in the garden or patio at night. Others just feed them and let their pets in the street day and night. Many buy puppies and, as they grow, abandon them. And of course, other dogs are born and die in the streets.

Luckily, many foundations to help these animals have been recently created. 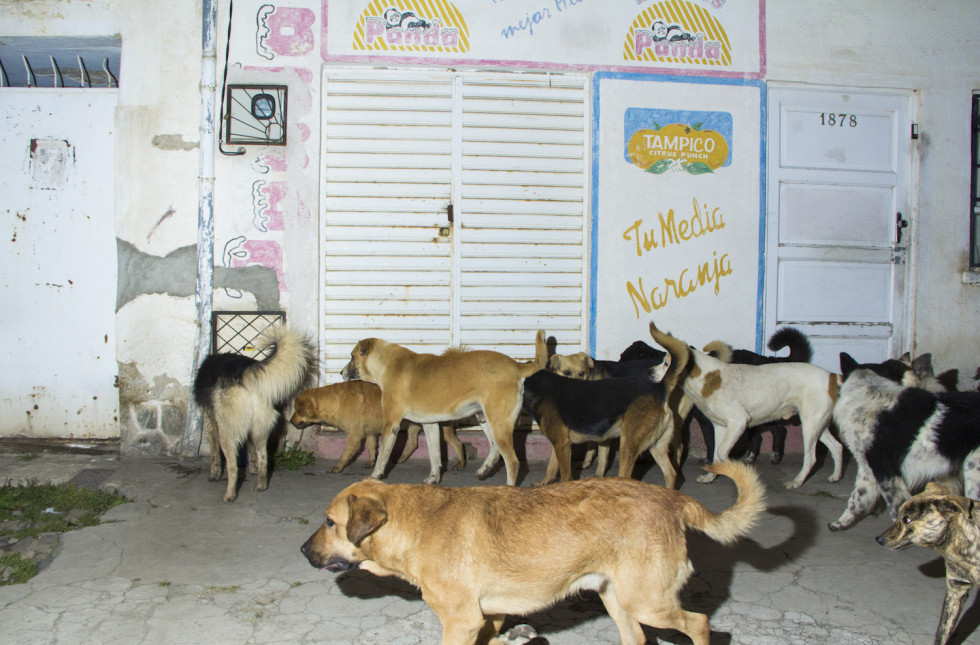 What's the attitude toward the dogs? Are they loved? Treated well? Treated poorly?

Again the situation is complex. I'm sure many pet owners who leave them in the street love their dogs, but simply prefer to leave them ''free'' while they work. The problem, from my point of view, is that many of these animals progressively become stray, get sick or have puppies that are usually killed or abandoned. The cold climate and extreme geography of these cities don't help.

And the attitude towards dogs that look sick or wild is usually very negative. According to a study from last year, 59 percent of the population in major cities thinks ''dangerous dogs'' should be eliminated. 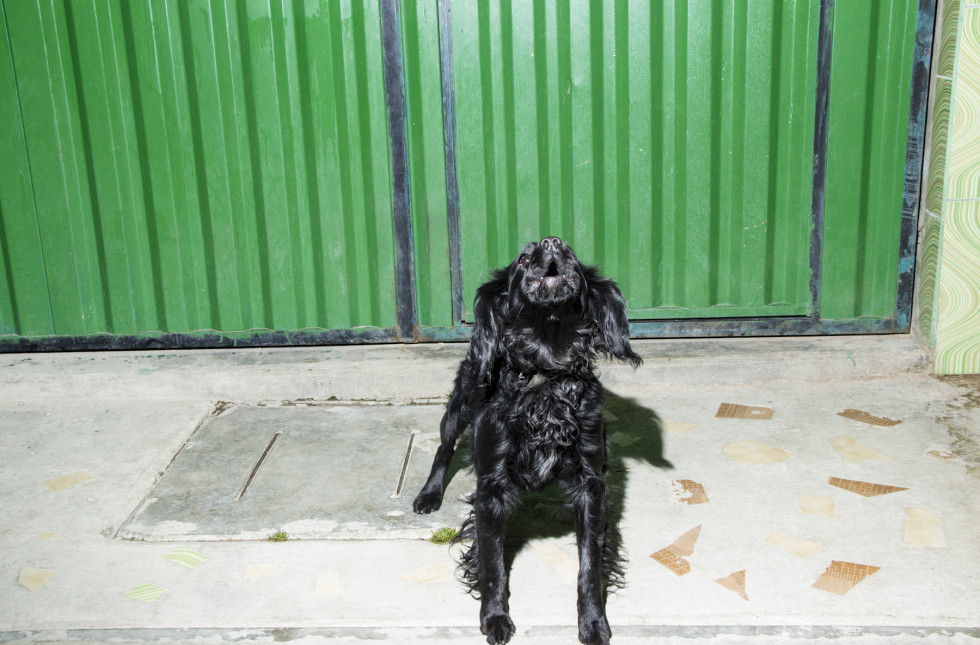 How do you take the photos? Do you use studio lights? What other equipment do you use?

I take my studio lights onto the streets, but I never use more than two. Some photos were planned -- lightning and composition -- and I waited for hours for a street dog to pass by. Many others were spontaneous moments where I had to run to put the lights in place. Sometimes I had to run from the dogs after the picture, haha.

I went for this style for two reasons: To highlight and contrast the dogs against the usually busy urban context, [and] I think ''beautifying'' such terrible scenes has a deeper and more positive impact on people.

Right now I'm working on the conclusion of the project, studio portraits of adopted stray dogs and their owners. 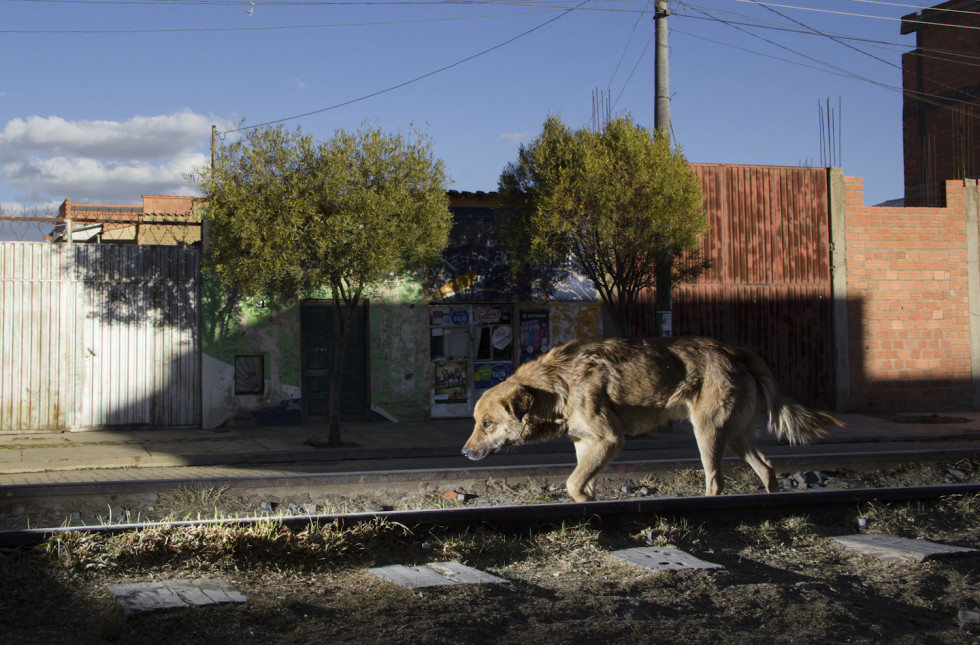 Are there any photos that especially stand out to you, because of the dogs themselves, or for any other reason?

I like all the images the same, each one brings a memory . But if I have to pick one, it would be the one where you can see a dog on top of a dumpster, looking at a drunken couple fighting in the background. Why? I don't really like the ''moment décisif'' term, but i think this really was a decisive moment: the fog, the dog's posture, the lamp post's position -- it's the only image without flash -- the couple, etc. I just took two photos and the dog jumped from the dumpster. I felt very grateful to witness that moment. 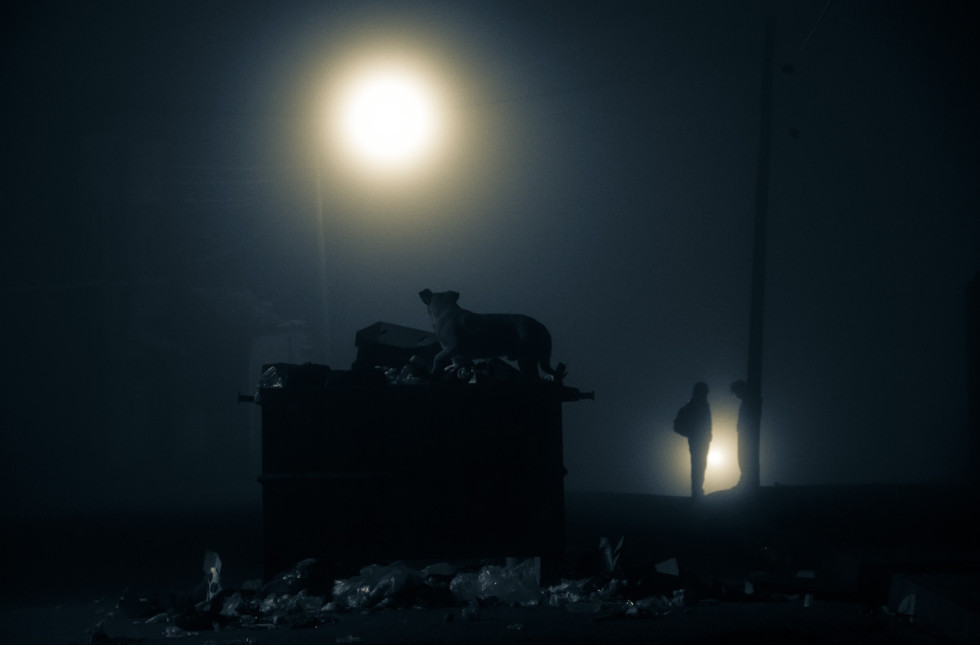 What's been the reaction to the photos so far?

The reaction has been very positive overall, but many get shocked with the more sordid images. I feel pleased with the mixed reactions, but I just hope the book will make a small change in people's attitude and habits towards their pets and stray dogs.

How far along are you? And can you tell me more about your current project, taking pictures of abandoned dogs and their owners?

The design of the book is ready: it has around 100 pages, 70 street pictures and 15 stories with portraits of stray animals that have been adopted.

These portraits will be the conclusion of the book. I decided to do it to end it with a more positive tone. Some of the street images and sentences are hard to digest. It will feature 15 former stray dogs and their current owners. Some of these dogs were very ill and looked very bad when found, but these persons had the courage and patience to heal them physically and mentally.

Half of the sales of the book will go to a local foundation that is developing a project to help stray dogs. I'm still looking for local sponsors, but I will probably have to submit the project to an international crowd funding organization in order to print the book.

Bolivia is so much more than dumpsters, slums and stray dogs. This book will show just a small aspect of my country. 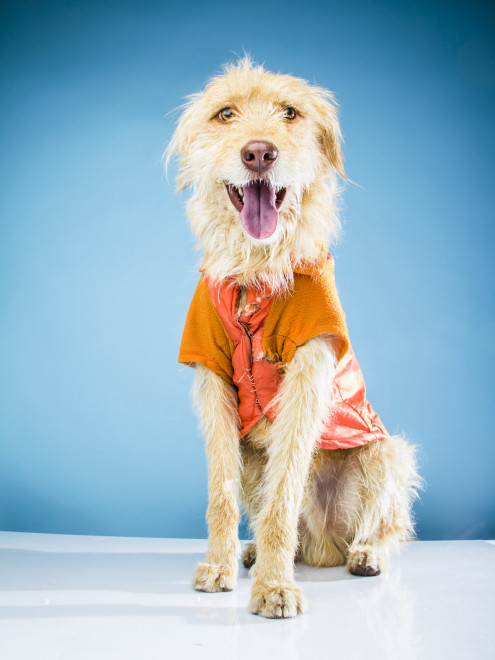 Is taking the photos still helping with your bipolar episodes?

Taking photos in general helps, even wedding pictures. I think it's the only stable and constant thing in my life. Whether in a manic or depressive episode, I tend to drop everything and everyone. But I always keep photographing and nothing makes me happier than taking a good image.

This particular project involves two of my favorite things -- photos and dogs -- it will help a cause and is getting good reception. I couldn't be happier. 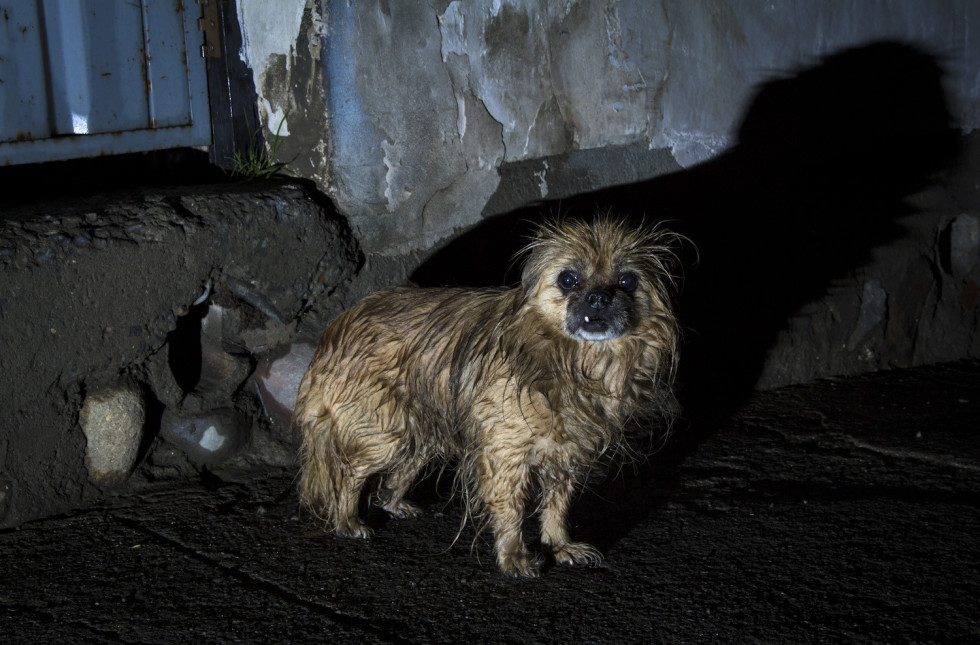 Check out more of Valda's work on his Facebook page. And if you've got a story about animals to share, get in touch at arin.greenwood@huffingtonpost.com.