The president of Bolivia said he will sue the United States for "crimes against humanity" after President Barack Obama allegedly refused to allow Venezuelan President Nicolas Maduro to fly over Puerto Rico on his way to China on Thursday.

Morales specifically cited America's apparent denial of flight privileges to Maduro as reason for its lawsuit, according to a Huffington Post translation of the remarks.

"The U.S. cannot be allowed to continue its policy of intimidation and blockading international flights," Morales said.

Although the Bolivian president said the charge against the U.S. would be "crimes against humanity," denying a plane access to airspace in most cases does not seem to fit the internationally-accepted definition of a "crime against humanity."

According to the Rome Statute of the International Criminal Court (ICC), which was written in 1998 by the UN General Assembly to establish the crimes that the ICC would be charged with prosecuting, crimes against humanity are defined as inhumane acts such as murder, enslavement, torture, rape, and forced deportation, that are committed as part of a widespread or systematic attack directed against a civilian population.

Morales's decision to sue may have been motivated by more than just the alleged bout with Venezuela.

In July, after a plane with Morales on board was forced to land in Austria when concerns arose that U.S. fugitive Edward Snowden was on board, Bolivia's ambassador to the UN, Sacha Llorenti Soliz, said he had "no doubt it was an order from the White House."

As it turned out, Snowden was not on the plane. The White House declined to comment on the matter.

The news of the lawsuit against the U.S., although it rose to the No. 1 spot on Reddit's World News section on Friday, was largely ignored by the media. A Google search returns almost no results for stories from western news outlets of Morales' remarks.

Evo Morales, President Of Bolivia, Says He Will Sue The U.S. For 'Crimes Against Humanity'
Protests Outside The French Embassy 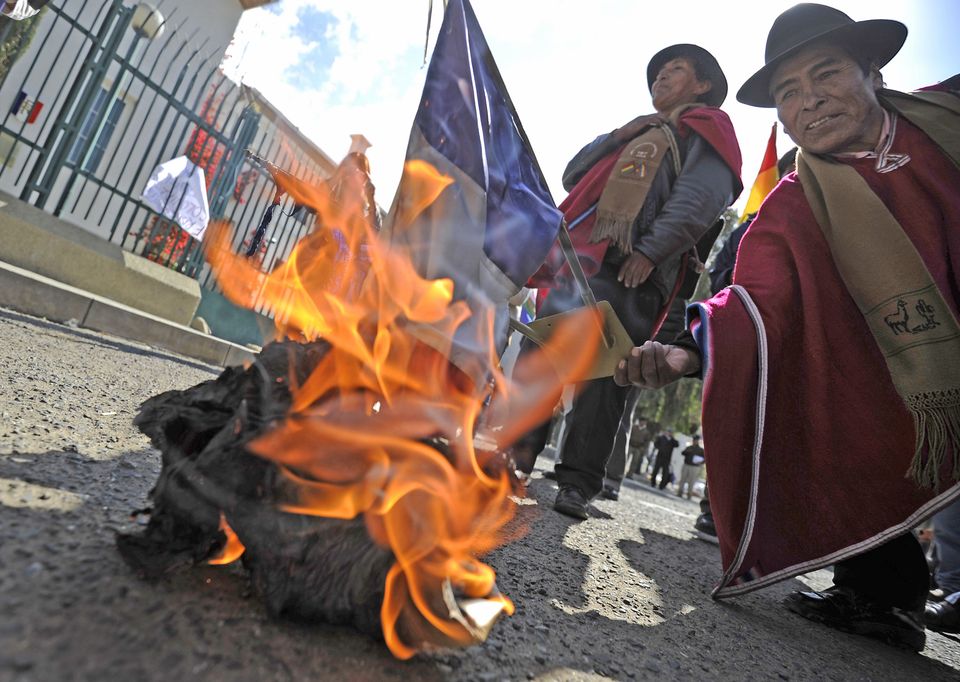