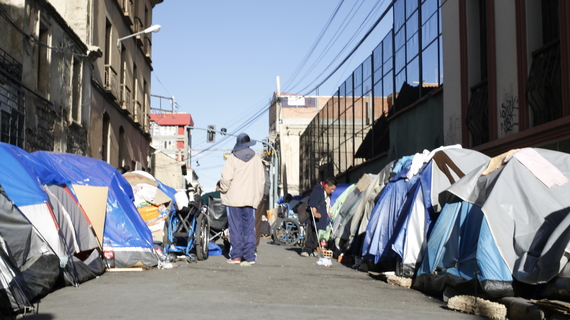 Bolivia's disability rights campaigners have been protesting and camping out in La Paz for over 4 months. Not far from Plaza Murillo, which is a Bolivian legislative building, many have set up a make shift village full of tents and sleeping bags in the middle of the streets. Bolivian police placed fences around the plaza to prevent the protesters from reaching further Handicapped or not. 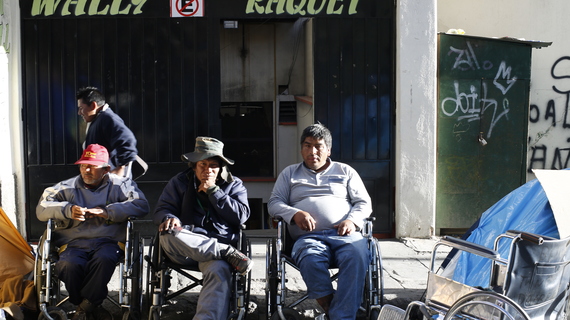 Many disabled activists took to the streets in the central Bolivian city of Cochabamba to demand the government to give them basic rights of a disabled citizen, due to many of them unable to work due to their impairments. When the initial protests proved to be silent on the Bolivian government ears the disabled activists took the streets and marched over 400 km from Cochabamba to La Paz. Many have died during and after this trek, which took over a month to reach to the final destination. 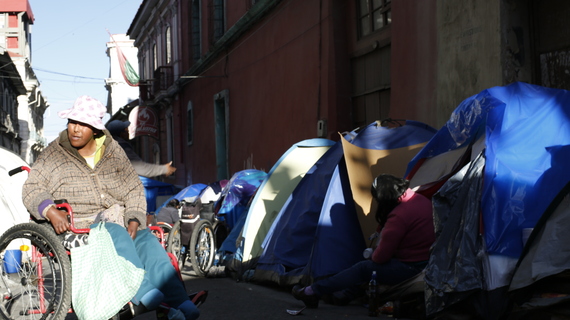 The militarized police respond with cold faces and iron hands as they fight against the protestors. "The police have beat me with their guns, clubs and sprayed me and my family with tear gas. I have no legs and can only use one hand and this is how they treat people like me", Carlos Santiago a local protestor says before breaking down and crying. 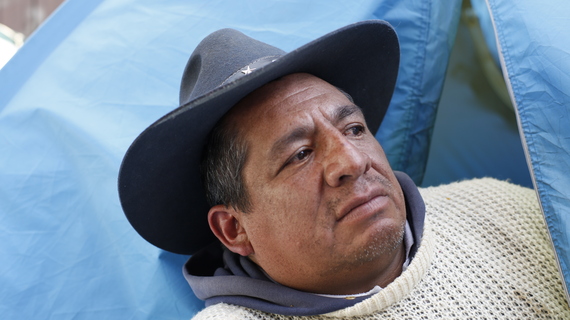 The government's stance is to not negotiate and grant any benefits stating the country can't afford to pay anything. The catch 22 is, Bolivia has a law that only extreme cases of disabilities are warranted for funds of 1,000Bs per year in state benefits. This amount is still not enough to cover basic living and medical care costing almost 1,000Bs. They also need a highly sought after I.D. to just claim these benefits, which is a second hurdle because they are required to pay neurological examinations costing 500Bs, which most do not need because they are sane and can not afford. Protestors demand that an additional 500Bs monthly benefit would indeed help but physical therapy, free medicine and housing will be suffice in the interim.

We will see if the disabled protestors of Bolivia vs' Bolivia's government pans out for better or worse in the near future.