There were no choreographed dance sequences, no lip-synched songs, so while Dhobi Ghat (Mumbai Diaries) may not have been a typical Bollywood blockbuster, it is paving the way for a new era in Indian cinema to emerge without sacrificing it's heart along the way.

Dhobi Ghat is ultimately about the city of Mumbai said director Kiran Rao as she introduced the film at the Toronto International Film Festival on Friday evening. "It's my love letter, my homage to the city I love the most," she said. Aamir Khan, who both produced and stared in the film, echoed her sentiments, calling Mumbai "the fifth character in the film." He was nothing short of effusive about Rao's homage, saying "It's a story I fell in love with and I also fell in love with her again!" 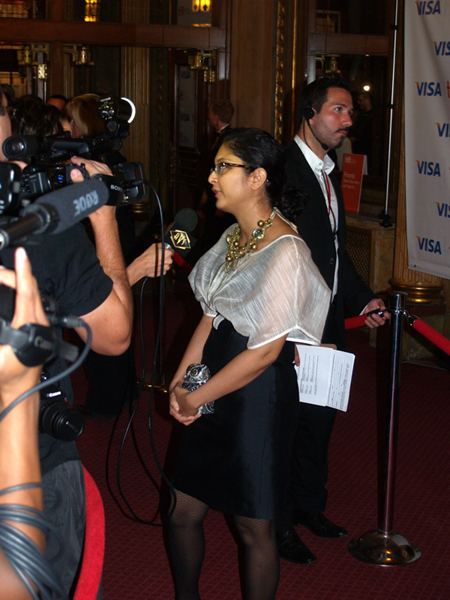 At its world premiere in Toronto, Dhobi Ghat showed the world that Indian cinema is no longer stuck making homelessly formulaic films and that the industry is growing up and starting to experiment with different characters and narratives. Cameron Bailey, co-director of TIFF, chose this film particularly because of its independent nature, a movie he "fell in love with" when he first saw it in July.

The film artfully explores the pertinent issue of class in India through the relationships the four main characters unexpectedly come to have with one another, especially through the theme of tenancy, as they all intimately inhabit transient homes. After the screening Rao remarked that the film has "no resolution, life goes on," and indeed it does for the millions who live in Mumbai. Dhobi Ghat offers us a brief but compelling glimpse into the incredibly complex web of life in the Maximum City.

Experimenting outside the confines of traditional Bollywood filmmaking is both exhilarating and risky but it would be wrong to think that Rao wanted her husband, Bollywood superstar Aamir Khan, in her film simply to guarantee its success. Speaking before the screening Khan told the audience that Rao was adamant he not be in the film, as she felt he "would disturb it", but his surprisingly subtle performance as brooding painter Arun does not overwhelm the movie or the other actors. Perhaps his subtly was due to art imitating life; Rao spoke to the audience about the similarities of her own early life in Mumbai with that of Khan's character Arun. 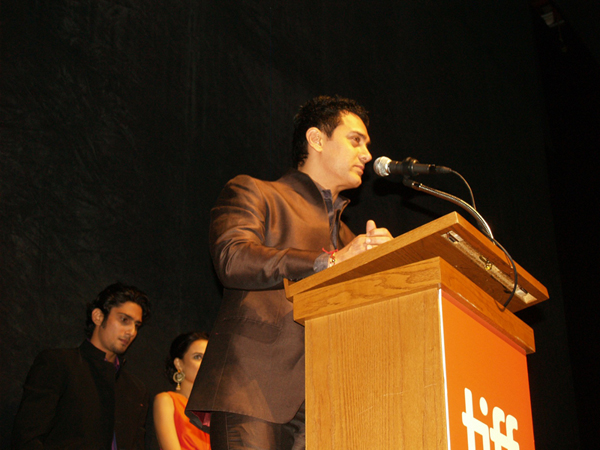 This not being a marquee Aamir Khan film, the other three characters share fair screen time. It's the up-and-coming Prateik Babbar who ultimately shines as the star. As Munna, a young, handsome dhobi who dreams of becoming a Bollywood actor, Babbar offers such an incredibly charming, funny and sensitive performance that it's hard not to root for him the whole way through. When Babbar emerged on stage for the post-screening Q&A the clapping and cheers for this new kid on the block were far greater than of that for any of his castmates, even Khan's. No doubt excelling under the tutelage of Khan in the making of the 2008 hit Janne Tu Ya Jaane Na, Babbar is definitely one to watch.

Actress Monica Dogra's character Shai, a wealthy investment banker on Sabatical from America, is the least charismatic in the film, due largely to her lack of chemistry with Babbar and especially Khan. Though we see Kriti Malholtra's character far less than Dogra's, her performance as a sweet, naïve young wife is terrifically compelling. Seen only through snippets of homemade videos she's made for her brother, serendipitously found by Arun in an old dresser in his new apartment, we slowly learn about her tragic, fateful life as Arun becomes consumed with watching the forgotten tapes.

The Toronto International Film Festivla is one of the world's top film festivals, coming second perhaps only to Cannes, and it's a huge coup for Dhobi Ghat to have premiered at this prestigious event. On the red carpet Khan said "it's an honor to be selected for the festival, I'm looking forward to how people react to the film today." Gauging by the reaction of the audience it's fair to say Dhobi Ghat was a critical success in Toronto, but it remains to be seen whether the film will translate into commercial success as well. Hopefully the Indian masses will appreciate this departure from traditional Bollywood, which Khan called "most unusual" for Indian cinema. "I hope we have more and more filmmakers doing stuff that's unusual and different, pushing the envelope," said Khan. Beloved in India and abroad, there is no better star than Khan to lead Indian cinema into the future, and Dhobi Ghat is the first great step in that direction. 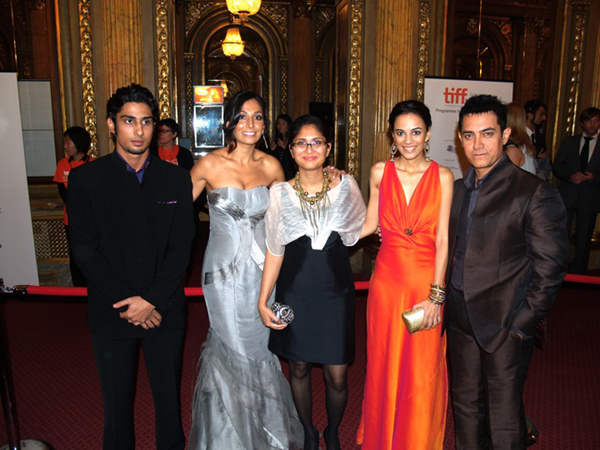