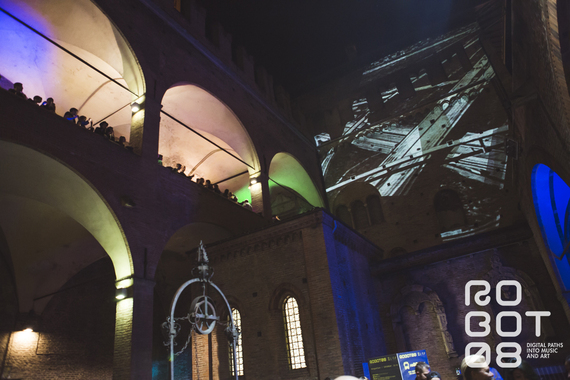 During the Robot Festival in Bologna, electronic music and history play out side by side. Often overlooked by visitors to Italy, this culinary capital has a relaxed energy and irresistible charm. There is a sense of pride and purpose, which might explain the existence of world's oldest University (dating back to 1088). And there is an undeniable passion for music, which was on display during the eighth edition of the Robot Festival, dedicated to electronic music and digital arts. I spent 72 hours in Bologna immersed in cuisine and electronic, days full of food and nights filled with music.

The Meal - Tagliatelle al Ragu, a signature dish of Bologna at the Osteria dell'Orsa, via 40126, Via Mentana, 1

The Venue - Palazzo Re Enzo 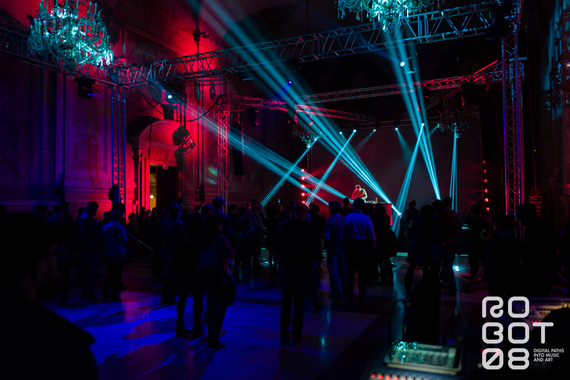 Having permission and support from the city of Bologna to host an electronic festival inside of a palace built in the middle of the 13th century is a perfect example of the union between music and culture that co-exists here. The Palazzo Re Enzo stands in the center of the city, next to the iconic Neptune Fountain. At night, visual projections bounced across the red brick exterior of the building, displaying abstract graphics interspersed with logos from brand partners and the hashtag for this year's festival #xlr8.

Salone de Podesta, the main stage, was one of the oldest spaces in which I have ever experienced electronic music. Chandeliers lined the arched ceilings, in a room equipped with state of the art lighting and sound equipment. Any issues with sound quality (which I'm sure had to do with the natural construction of the building), were made up in atmosphere, as the venue played host to a wide variety of acts, from techno to downtempo, shangaan electro to drum and bass.

The Music - Flako (CL)
The discovery of Thursday evening was Chilean hip-hop and electronic artist Flako. His energetic, Latin influenced sound filled the room, elevating the atmosphere as he played a live set. Listen to Kuku by Flako 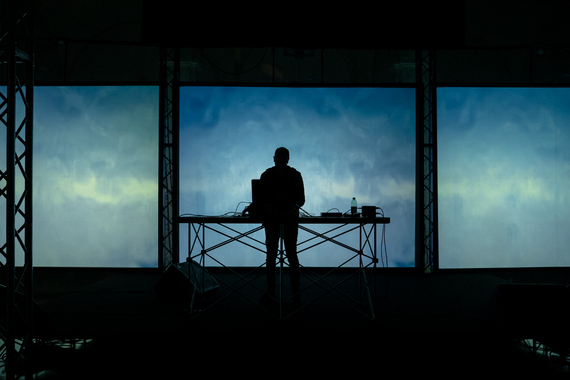 On the other side of the city, the Bologna Fiere was transformed into a vast, three stage, warehouse venue. Normally used for trade fairs, the area was reminiscent of the Sonar layout, complete with bumper cars at the entrance. As I arrived, the live set of Bologna native Alessandro Cortini (IT) wafted from the outside stage into the courtyard. Bright and haunting melodies, backed by slow motion visuals resembling a floating forest.

The night was warm, but the sound being played on many of the stages was a bit chaotic. One of the more memorable sets belonged to Evian Christ (UK). The power unleashed from the Red Bull Music Academy Stage was dark and hypnotic, injecting a space that was at about half capacity, with an interweaving of sound from trance to dancehall. Listen to Salt Carousel by Evian Christ. 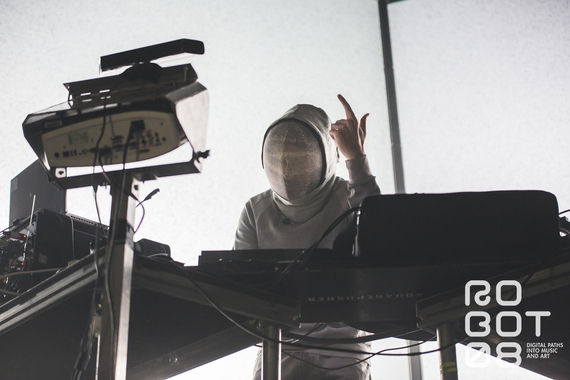 While both venues were now open, the focus of Saturday night was on Bologna Fiere. Here, Nathan Fake (UK) played a great live set, layering spacey and ambient sounds over driving drum patterns that kept the room moving and the energy high.

Due to a last minute switch in the timetable, the final two sets of the festival were perhaps the strongest. Closing the main stage was Daphni (aka Caribou) b2b with Floating Points, playing a groovy, disco, and house focused set. And before them was Tiga (CA), debuting a shiny new live set. Tiga's sound felt timeless, mixing together elements from so many different sections of electronic music and blending them into a sexy, danceable, bass filled experience. Vibrant visuals, an electronic drummer, and two mannequins doubling as backup singers, kept the dance floor in uninhibited motion. The room exploded during both of his most well known tracks, You Gonna Want Me and All Night Dancing (which Seven Davis Jr. (US) also played a remix of during his Thursday set). Listen to Dancing (Again!) by Eats Everything feat. Tiga vs Audion 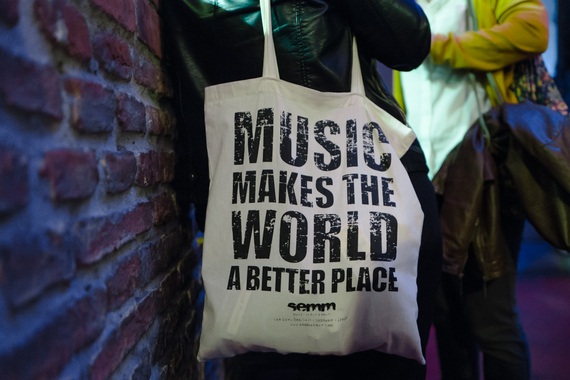 As the Robot Festival continues to grow, I hope more people will discover Bologna, the balance of old and new, and the intersection of culture, food, history, and technology.

A special acknowledgement to those that help festivals and events run smoothly. Be it the tech crew rushing to replace a mixer during a set, or the booking team solving a last minute cancellation by a DJ.