But Gyakum, along with the revered late Massachusetts Institute of Technology meteorologist Fred Sanders, first coined the term in a paper they published in 1980. They used the phrase to describe powerful cyclones that get their energy from rapid drops in pressure caused by hot and cold temperatures colliding.

The once-obscure piece of meteorological jargon entered the popular lexicon this week as a monster storm, set to pummel the East Coast on Wednesday night into Thursday, formed over the Atlantic Ocean. “Bomb cyclone” surged in popularity after The Washington Post published an article Tuesday afternoon comparing the storm to a winter hurricane, warning that winds could reach 70 mph in some parts of New England.

A bomb occurs when an extratropical surface cyclone undergoes “bombogenesis,” meaning the central pressure drops 24 millibars in 24 hours. As pressure decreases, the storm’s strength intensifies. The name describes the topography of a weather map during such a cyclone. In a high-pressure system, the isobar lines are far apart. But when the pressure suddenly plummets in the middle of a cyclone, the lines are close together, indicating a deep depression.

Scientists began toying with combining the terms “bomb,” “bombogenesis,” “weather” and “climatological” in the 1940s, according to Earther. However, Mary Cairns, the Glossary of Meteorology’s chief editor, told HuffPost that the term was absent from the first edition of the American Meteorological Society glossary in 1959.

“That was the first use I had ever heard of the term,” said Bosart, a professor of atmospheric and environmental science at SUNY Albany. “At the time, I never thought to ask him where it came from. But the term was confined to MIT. When you went somewhere else, it wasn’t used.”

Sanders, who died in 2006 at age 83, was a giant of synoptic meteorology ― a field that specializes in large-scale weather events, such as cyclones, fronts and jetstreams ― and is now considered the father of the term “bomb cyclone.”

In September 1976, Sanders and Gyakum, a student at the time, began a three-year study on the process of bombogenesis. They were building on the work of Tor Bergeron, a Swedish meteorologist who in the 1930s theorized how precipitation forms in clouds. Sanders and Gyakum published their research under the title “Synoptic-Dynamic Climatology of the ‘Bomb’” in March 1980.

The widely cited paper catapulted “bomb” into mainstream meteorology. When the American Meteorological Society updated its glossary in 2000, the term made the cut because it was so commonly used by scientists, professors and National Weather Service officials.

If the term itself — ‘bomb’ — helps to spur more constructive research, then I’m happy. John Gyakum

Although he avoids using the term himself, Gyakum, 64, said he hopes its newfound popularity will raise awareness about the dangers of bomb cyclones.

“A lot of focus in coastal areas is on hurricanes in the summertime,” he said. “A lot of time during winter, people say it’s easy, the season is over, we don’t have to worry about hurricane-force winds. But a place like Hilton Head, South Carolina, which had been threatened earlier this year and impacted by a few hurricanes, is particularly prone today to the effects of an explosively developing cyclone.”

The number of bomb cyclones varies from year to year. About 40 such events can occur off the northern Atlantic and Pacific coasts each year, according to the National Weather Service. But climate change threatens to make them stronger and more frequent.

Despite the planet warming overall, northern regions have been hit with a growing number of extreme cold snaps over the past four decades, according to research published last September in the Bulletin of the American Meteorological Society. Scientists believe that is because the Arctic is warming twice as fast as the rest of the planet, and reduced sea ice in the region is allowing the ocean to release more energy. The heat escaping from the surface water is causing the weakening of polar vortex winds that swirl above the Arctic, which normally keep air contained to the polar region. That, as InsideClimate News noted last year, allows the cold polar air to slip southward more often.

“These cold air masses, when they travel over warming waters, the possibility, the probability, of more of these explosively developing cyclones, particularly in populated coastal areas are going to get much more severe,” Gyakum said.

In 2014, global sea levels were 2.6 inches above the 1993 average, and continue to rise at a rate of about one-eighth of an inch per year, according to the National Oceanic and Atmospheric Administration. That amplifies the destructiveness of bomb cyclones.

“Climate change is having a potentially big impact on not only the potential strength of these cyclones but also the impacts along coastal areas,” Gyakum said. “Even an ordinary storm is much more dangerous than it was, say, 50 years ago, simply because ocean levels have risen.”

“If the term itself ― ‘bomb’ ― helps to spur more constructive research,” he said, “then I’m happy.”

But not everyone agrees the term’s sudden popularity is so harmless.

“In terms of trying to convey meteorological features to the general population, putting in words like that could confuse people more, or, for some people, alarm them,” National Weather Service Director Louis Uccellini told HuffPost.

“These storms are very dangerous,” he added. “They can cover a large area as they move across the ocean. It’s really important to understand the impacts of these systems.”

All day Thursday meteorologists are going to be glued to the new GOES-East satellite watching a truly amazing extratopical "bomb" cyclone off New England coast. It will be massive -- fill up entire Western Atlantic off U.S. East Coast. Pressure as low as Sandy & hurricane winds pic.twitter.com/6M4S3y75wT

Another problem is that attention-grabbing phrases often lose their technical meaning when they become part of popular dialogue.

“It’s important to understand a bomb cyclone has a very specific meaning,” said Marshall Shepherd, director of the University of Georgia’s atmospheric program and a former president of the American Meteorological Society. “Not all nor’easters, and not even all strong nor’easters or blizzards, are bombs.”

The National Weather Service defines a blizzard as a storm containing large amounts of snow with winds of 35 mph and visibilities of less than one-quarter of a mile for at least three hours.

Yet “you see people use ‘blizzards’ for every snowstorm,” Shepherd said, noting that same thing has begun to happen with the phrase “polar vortex” ― a technical term that gained widespread prominence in early 2014 when the phenomenon brought record cold temperatures and heavy snowfall across the United States and Canada.

Then there’s the peacenik objection to the term “bomb.” In the early 1980s, a meteorology professor in West Germany publicly scolded Sanders for applying the word to science, according to Kerry Emanuel, a professor of atmospheric science at MIT.

“Fred’s retort was, ‘If you don’t like that, what about “front”? That’s been around for a long time,’” said Emanuel, Sanders’ close friend and colleague since 1981. Then he laughed. “That opinion was not widely shared.”

“Bomb cyclone,” however, appears to be sharing far and wide.

“All my social media contacts are asking me about it on Facebook,” said Eric G. Hoffman, a Plymouth State University meteorology professor who co-authored a paper with Sanders in the early 2000s. “It seems to have caught wildfire today.” 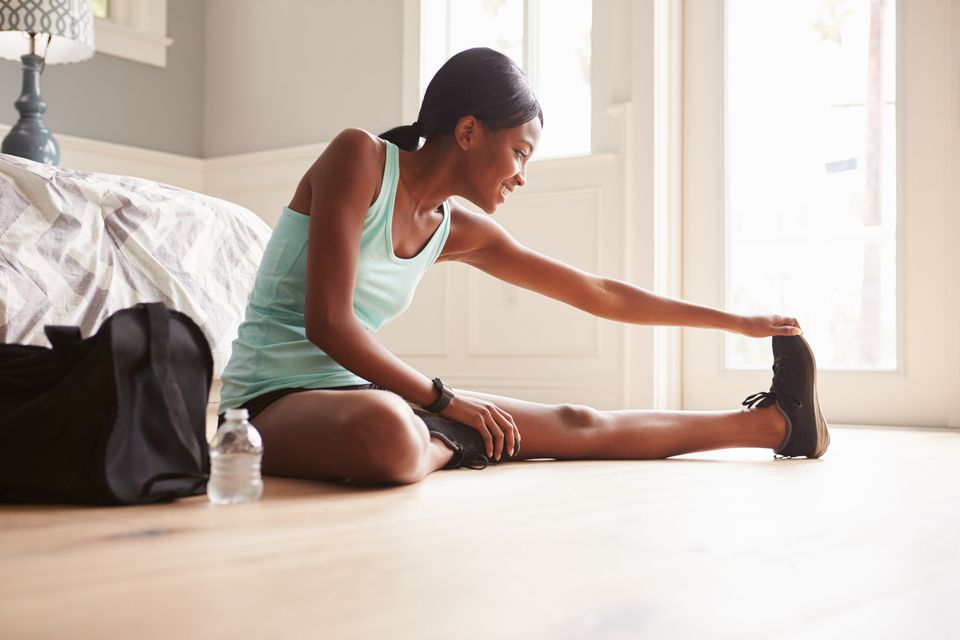 1 / 9
Break a sweat.
The snow does not have to interrupt your workout routine. <br><br>Believe it or not, you can get in an <a href="https://www.huffpost.com/entry/workout-from-home_n_584ec04ce4b04c8e2bb092d2" target="_blank">entire full body workout without even leaving your living room</a>. Try a 20-minute series of high knee jumps, squats and planks.&nbsp;All you'll need is comfortable clothing and enough space to stretch out.&nbsp;<br><br>Frequent&nbsp;short, high-intensity workouts may&nbsp;<a href="https://www.cdc.gov/physicalactivity/basics/pa-health/" target="_blank">reduce the risk of cardiovascular disease</a> and can help strengthen muscles and bones.
monkeybusinessimages via Getty Images