The video, made by Uppekha Jain and Pankhuri Awasthi, went viral instantly, racking up more than 1 million views as of this post's publication. The video tackled everything from rape and domestic violence to freedom of expression and the importance of educating young women in India.

Now the women are taking their message even further.

VProud, the video-based conversation platform for women, announced on Friday a new partnership with BomBaebs in an effort to spread awareness for women's rights and combat sexual assault and gender inequality in India.

Jain and Awasthi will become contributing editors for the site to drive conversations against rape culture. 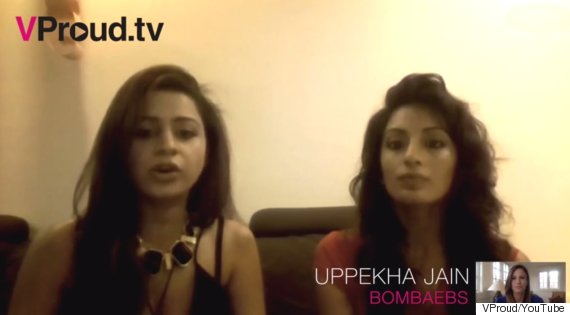 Their voice comes at a time when India needs it most. The country saw a 26.7 percent increase in crimes against women from 2012 to 2013, according to the National Crime Records Bureau. The situation for females in India can be atrocious: 10 million baby girls were killed by their parents in just 20 years, a 2006 report showed.

But the issue is a global one: 35 percent of women around the world have experienced some form of sexual or physical abuse. The conversation, then, VProud said, will be a global one, too.

"Partnering with female creators from around the world, like BomBaebs of India, who can speak firsthand to women's issues on their own home turf, is critical to VProud's mission of cultivating honest conversations among women," VProud founder Karen Cahn told The Huffington Post in an email. "We are honored that BomBaebs trusted us to host the dialogue around ultra-sensitive issues, like sexual violence and gender discrimination, for their community of women of India."

VProud, which launched in September 2014, is a growing platform created by women for women, dedicated to fostering a safe place for females on the Internet. That freedom to speak about women's issues, without the fear of Internet harassment, is what makes VProud and BomBaebs a strong pairing.

"Magnificence is created and permeates through society when strong women unite and champion each other's endeavors," Jain and Awasthi said in the press release. "BomBaebs are grateful to VProud for their unwavering support and for giving them the exciting opportunity of engaging with female thought-leaders globally, on a safe and secure platform, free from trolls."