Ready to turn more in-person situations into opportunities to bond with unexpected allies and others? Make some simple changes in how you dress, move, speak or optimize the settings in which you meet. In so doing you can reduce conflicts and increase personal connection. From the research on our gut instinctual reactions, here are some unexpected yet easy-to-adopt suggestions. 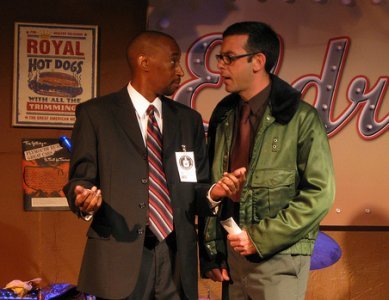 Walking and talking (especially outside) also gets us in sync and thus more connected and more creative. That's one of the reasons why talking things out as you walk together to a meeting is often more productive and pleasant than when sitting around a table at the meeting.

2. Look for the underlying issue
When you are arguing for more than ten minutes, you are probably not discussing the real conflict and are thus less likely to get it resolved in the discussion. Look for the underlying issue. If you feel friction with someone you know then contemplate the patterns of conversation and behavior that most provoke that person and you. Also read Robert Bromson's classic book Coping With Difficult People, to recognize difficult behavior patterns and concrete ways to respond to them.

3. Detect lying earlier
When lying, most people can put an innocent expression on their face when you ask them a question about the topic, yet few (except pathological liars) get the right timing or duration of that expression. Ignore the expression itself when they respond but note whether they appear to put it on too soon or too late and if the duration of the expression seems off. Here your instincts will often guide you to knowing their truthfulness. To learn more about how to detect lying, read Paul Ekman's books, Telling Lies and Emotions Revealed. 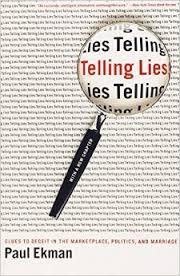 4. Come back to your senses
Smell is potent. It is the most directly emotional sense. In some situations we can literally smell others' emotions and in other times smell causes us to bypass some of our brain's thinking process. Consequently consider how to introduce positively natural and uplifting scents into an environment that matters to you. A naturally scented place or event refreshes people, so they relax. That's why venues as diverse as the Bellagio, Disney/Epcot Home of the Future and the San Francisco Aquarium have created natural "signature scents" to avoid allergic reactions while refreshing those they serve. Two hospitals in Tokyo scent bed sheets with vanilla. Since a Paris hotel began scenting their towels with rose and citrus, guests have been giving more positive reports on the hotel staff's thoughtfulness and appearance. Vanilla, apple, and chocolate are Americans' most-liked scents.

5. Be vividly specific
A specific example proves a general conclusion, not the reverse yet we often begin with generalizations in writing and speaking. Consider that habit as creating "underbrush" that hides your core goal and message. A vivid, specific detail is memorable, while a general statement is less credible and more easily forgotten. Even butterscotch yellow and is more memorable than simply yellow. Ironically, most adult conversation and advertising is general. Children are more likely to be vividly specific and thus more memorable.

When you want to inspire people to hear you and take action, establish interest and credibility for your request or offer by comparing it to a familiar situation or product that they like or past action they have taken that has benefitted them.

6. Be plainly clear in person
Avoid wearing patterned clothing or other details such as elaborate jewelry, especially on the upper half of the body. They distract and shorten the attention span of the person with whom you are speaking - more than they are consciously aware.