Billy Graham has had many high-profile friends over the years, and among them is U2 frontman and international rockstar Bono. 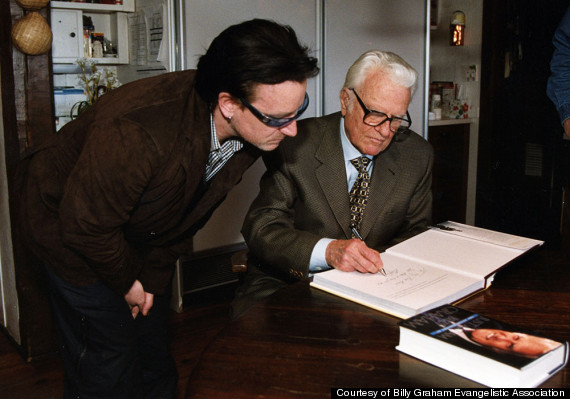 Bono is open about his Christian faith, frequently speaking on the importance of God in his life and incorporating spiritually-theme lyrics into his songs. And based on a poem the singer wrote to Billy Graham back in 2002, it seems the American evangelical leader has played a important role in Bono's life.

The hand-written poem, which is on display at the Billy Graham Library in North Carolina, refers to "the voice of a preacher/loudly soft on my tears" which was the "lyric voice that gave my life/A Rhyme/a meaning that wasn’t there before." 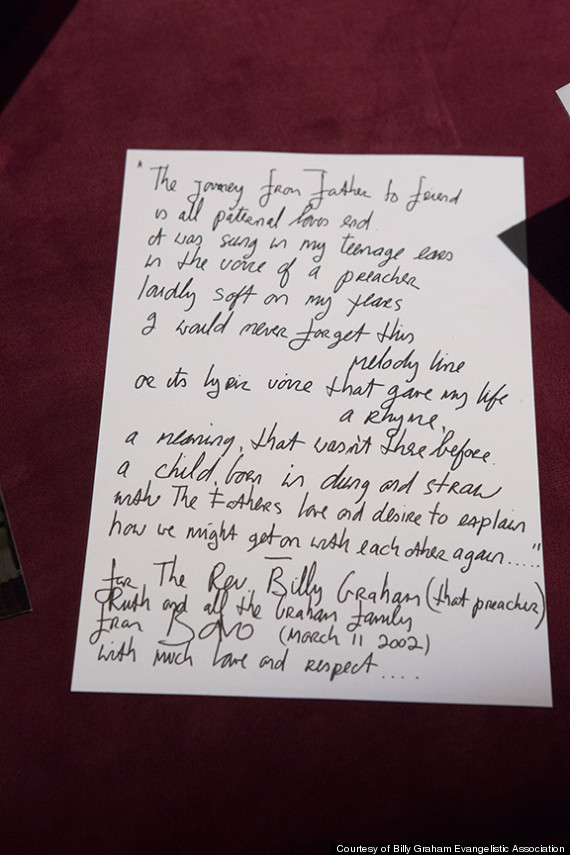 The handwritten poem penned by Bono for Billy Graham.

Bono composed the poem in 2002 after visiting Billy and Ruth Graham at their home in western North Carolina. Several years later he teamed up with pop singer Pat Boone and other musicians to record "Thank You Billy Graham" as a tribute to the preacher.

"I give thanks just for the sanity of Billy Graham," Bono says in the tribute's intro. "That clear, empathetic voice of his, in that southern accent, part poet, part preacher. A singer of the human spirit, I'd say." 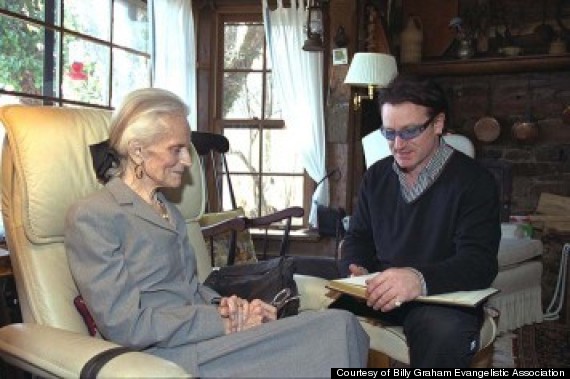 Sojourners writer Cathleen Falsani spoke with Bono in 2005 on his friendship with Billy Graham and the surprise phone call the musician received in 2002 from the preacher's office. Graham, as it turned out, wished to give Bono and his teammates a blessing.

“I told [my bandmates], I said, ‘This is a big deal. This is BILLY GRAHAM!’ And they all said, ‘That’s great. But we’re in the middle of a tour.’ So I rented a plane and flew there right away in case he might forget. I was picked up by his son, Franklin, and driven a couple of hours up to their house. I met briefly with himself and his wife, Ruth. I think I’ve mentioned to you before that the blessings of an older man mean a great deal to me. Particularly this man. I gave him a book of Seamus Heaney poetry, and I wrote a poem for him in it."

U2's Bono Once Wrote A Poem For Billy Graham: 'The Journey From Father To Friend'
Billy Graham With Presidents 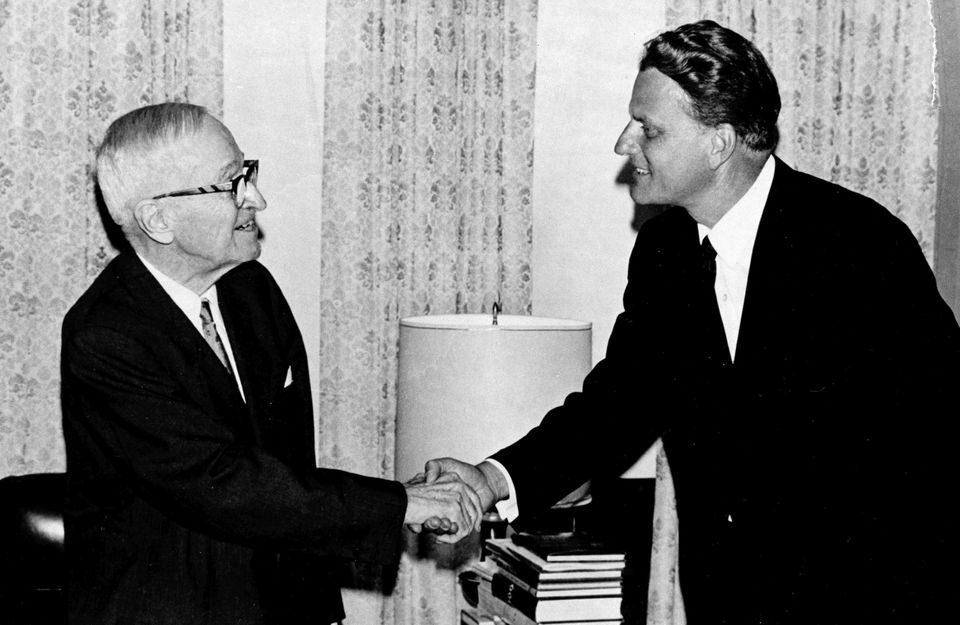 1 / 12
Harry S. Truman
Evangelist Billy Graham, right, pays a 20-minute call on former President Harry Truman at Truman's home in Independence, Mo., Sept. 13, 1967. Graham, holding a "Heart of America" crusade in Kansas City, told Truman, "You will go down in history as a great and decisive president." It was their first meeting since a talk at the White House in 1952. (AP Photo)