Oh, double standards. Men have sex: no big deal. Women have sex: they get scorned, shunned, exiled, or willingly run over by a train. Women in literature have been getting punished for their lustful ways practically since the dawn of time (see: Adam and Eve).

Most of the men in the following books are never punished for engaging in relationships deemed socially inappropriate. Some do experience personal setbacks, but none are shunned publicly in the way that their female counterparts are.
While some of the women's sexuality does not directly lead them to their untimely, unfortunate demises, we think that, had they not had these "sexual indiscretions," they might have fared better in their books.

Don't get us wrong: We're not saying these authors are just hating on women. We don't agree with Jonathan Franzen that Edith Wharton wrote tragic, beautiful female characters because she herself was ugly (and yes, most of her female characters DO get punished for their sexuality). Rather, we think that these authors were just accurately portraying the society that they lived in.

So let these literary lessons be a message to you all (SPOILER ALERT: many plot endings are given away in the following examples. Don't say we didn't warn you!): 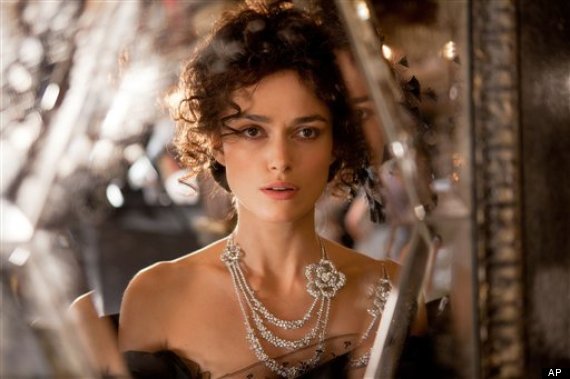 So, there are a lot of women who have affairs on this list. Anna Karenina is one of them. While we don't think women should be rewarded for having affairs, we don't think that they should be socially shunned and pushed to suicide because of them either. Anna and her husband married very young and were ill-suited for each other. He isn't particularly good at being warm with her. She has a very public affair with the affluent Count Vronsky and is then pushed away by all her friends, while his reputation remains more or less untarnished. She becomes extremely depressed and anxious, and addicted to morphine to help her sleep. She has no one to talk to and becomes completely isolated in her own head. Anna eventually throws herself under a train.

2. Daisy Miller in Henry James's "Daisy Miller"
Daisy Miller is an expat in Italy. She begins dating an Italian man, and the expat gossip around town is that they're sleeping together. The main male character, Winterbourne, runs into her with the man at the Colosseum at night. Winterbourne is infuriated and thinks she will get sick and die of "Roman Fever." Daisy says she doesn't care. Daisy soon gets sick and dies of "Roman Fever." Hopefully, Daisy gleaned two valuable lessons before she succumbed: always listen to older men and don't run around with guys after dark! 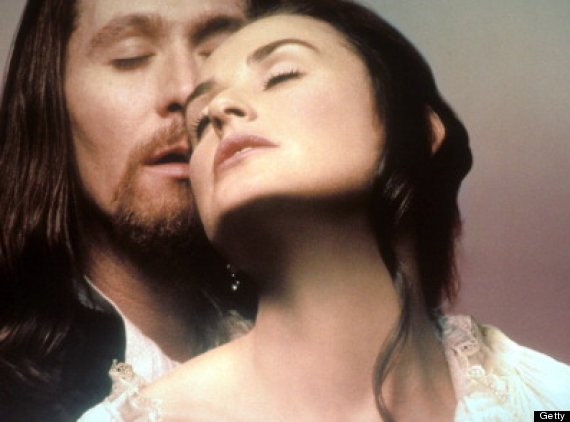 Hester Prynn's husband is gone, and she suddenly gets pregnant and has a baby. Uh-oh. Everyone knows it's not her husband's. Do they mind their own business and let her and her husband work it out when he gets back? No! Of course not! It only makes sense for her to wear a big scarlet "A" of shame around town! That is so appropriate!

4. Lily Bart in Edith Wharton's "House of Mirth"
Lily Bart probably never has sex with anyone (at least not in the book). But her social demise comes from everyone in high society gossiping about her and accusing her of having sex with lots of men. Her friend's husband gives her a large sum of money that she thinks is a return on an investment. Society finds out about it; rumors ensue. She goes on a cruise with another friend and her husband, and the woman accuses Lily of having an affair with her husband. Lily loses all her friends and becomes addicted to the sleeping draught she uses. She dies of an overdose. If this isn't a good example of why you should stop slut-shaming and gossiping, we don't know what is.

5. Tess Durbeyfield in Thomas Hardy's "Tess of the d'Urbervilles" 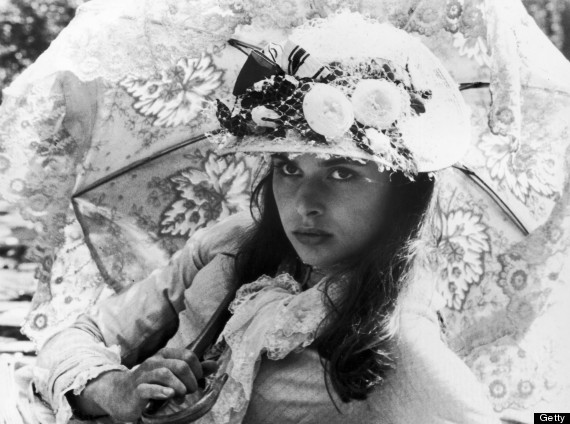 Tess's is probably the worst case because she wasn't even responsible for what happened to her: She was raped. Tess is violated by Alec d'Urberville (no relation?). Naturally, she gets pregnant and then gives birth to a child who dies two weeks later. Tess tries to put the horrible event behind her, but when she later marries the man she loves, Angel Clare, the truth comes out. Angel tells her that he once briefly had an affair with an older women. Since it seems like confession time, Tess decides to tell him what happened to her. Angel is appalled and says that his opinion of her is lowered. He ends up leaving her and moving to Brazil to start a new life. Tess, of course, is broken-hearted. She comes across her rapist again and eventually kills him. She reconciles the situation with Angel soon before she is executed for the murder. This book is seriously one of the most depressing books of all time.

6. Charity Royall in Edith Wharton's "Summer"
Charity Royall lives in a small town and she is really bored. But lucky her! A new cute guy comes in town to stay for the summer. She ends up having sex with him (one of the best metaphors for an orgasm can be found in this book: literal fireworks). She finds out, of course, that she's pregnant. The guy leaves town. She decides she'll become a prostitute, but then her super old caretaker offers to marry her instead. She doesn't live so happily ever after, we assume, with her much older father/husband. But at least she's not a prostitute! 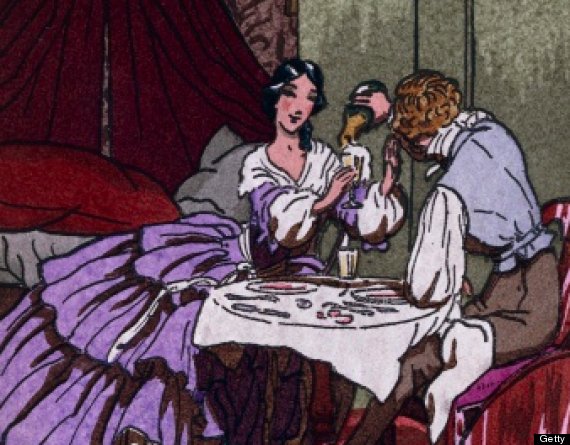 Emma Bovary marries a nice, boring doctor who doesn't have much ambition. He is infatuated with her and does a lot to try to please her, but she was never really in love with him -- it was an arranged marriage. Emma longs for a richer, more fulfilling life. She thinks she has found it in the wealthy landowner she starts sleeping with and falls in love with. She deludes herself by thinking that they will run off together. Of course, this was never the landowner's intention. She gets herself into major debt and then swallows arsenic to kill herself and has a drawn-out, painful death.

8. Little Em'ly in "David Copperfield"
David Copperfield introduces Emily to his school friend, Steerforth. They end up running off together and "living in sin." Eventually, Steerforth leaves her and she is socially ruined. She has to move all the way to Australia to escape the vicious gossip. 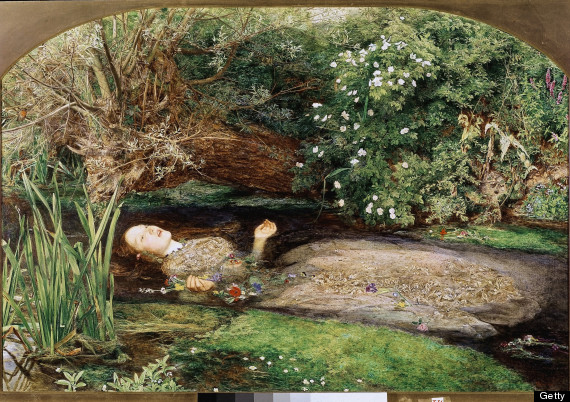 There are no sex scenes in "Hamlet," but Halmet alludes to having sex with Ophelia. Though she does agree to spy on him for her father and the king and queen (she is quite the obedient daughter), she very much loves Hamlet. However, Hamlet all but forgets about her after seeing his father's ghost and becomes increasingly paranoid that she has betrayed him. He tells her to "Get thee to a nunnery." According to Stephen Greenblatt in the introduction of the Norton Shakespeare edition, "in Elizabethan slang 'nunnery' could also be a term for 'brothel.'" Greenblatt goes on to note, "The fragile Ophelia begins to crack under the strain of Hamlet's misogynistic revulsion." Poor Ophelia cracks so much that she ends up going mad and drowning herself.