Last week, Vida, an organization that "seeks to explore critical and cultural perceptions of writing by women," released their annual pie charts that examined 2011 book coverage, and compared how many of the books written about were by male versus female authors.

The results clearly showed that venerable publications such as The Paris Review, Harper's Magazine, The New York Times Book Review and The Atlantic cover significantly more works by male authors.

One of the greatest offenders, The New Republic, reviewed over four times as many books by men than those by women. Similar results were reported for The London Review of Books. The survey also looked at the staffing of these publications, and the results were also overwhelmingly weighted towards men.

Some people, including author Jennifer Weiner, have spoken out about the statistics, saying that they seem to imply discrimination against female writers by major book reviewers. But are literary journalists entirely to blame, or is a seed of discrimination also planted much earlier on in the publishing process?

One reviewer wrote for The Guardian that she's had a difficult time tracking down "good" books by women (which she prefers to literary fiction by men). The reason? They aren't being published.

Here at The Huffington Post, we've noticed a similar trend. However, a bigger question seems to have been overlooked. There are certain publishers whose books regularly get reviewed by both mainstream and niche 'literary' publications. How do these match up in the gender stakes?

We took a look at all of the books published in 2011 by four of the major imprints - Knopf, Crown, Little, Brown and Farrar, Strauss and Giroux - and tallied the authors by gender. These publishers were chosen for their focus on literary fiction - the types of books typically reviewed by places like The New York Times Book Review and The Atlantic. We only included hardcovers in our count for the same reason.

What we found (see below) was that the gender ratios of books published by these imprints are in a few cases almost identical to those of the publications cited in Vida's survey. If the gender representation in major publications is to change, and we believe it should, then perhaps that also requires a shift either in the mindset of the more "literary" publishers, or a broadening of the books and publishers whose work is covered by the media. 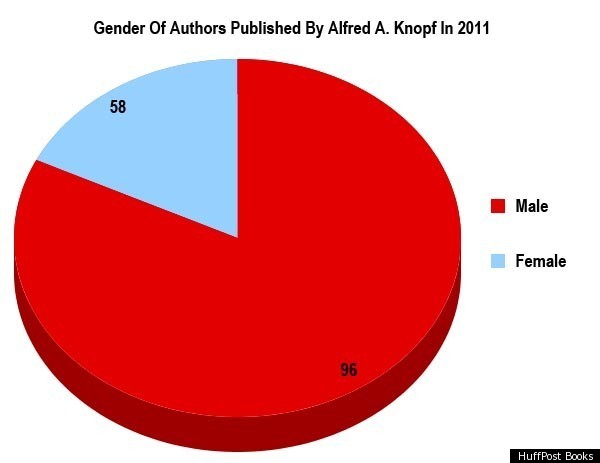 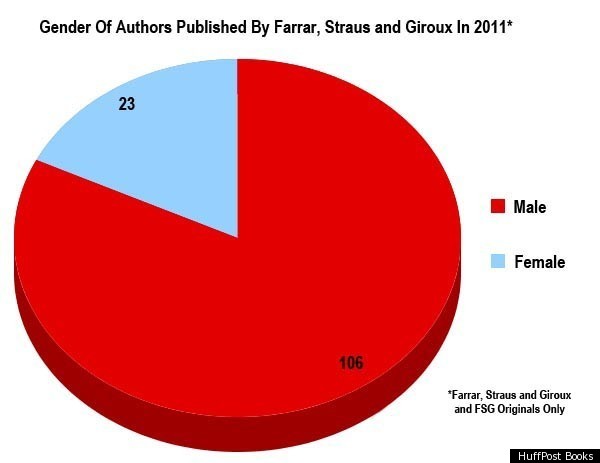 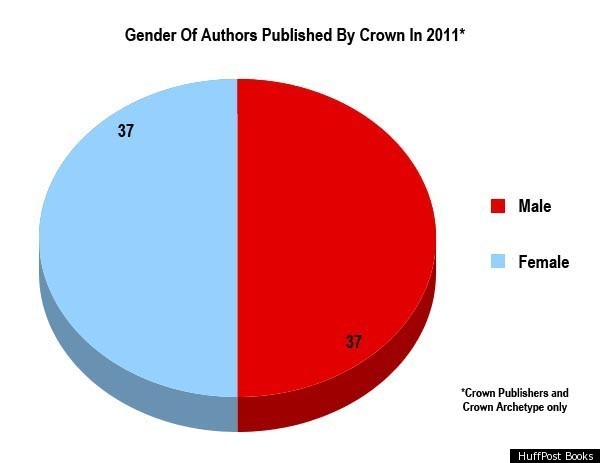 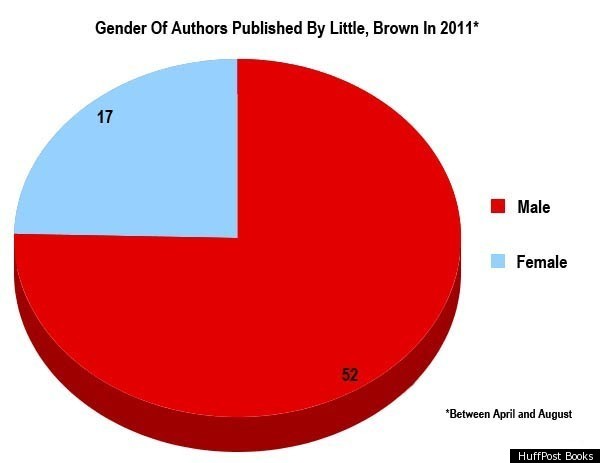 See below for Vida's overall 2011 reports on different publications, factoring in all coverage including articles and reviews. You can see all of their pie charts here.