As it says in Handbook 2 of The Church of Latter-Day Saints:

Sexual relations are proper only between a man and a woman who are legally and lawfully wedded as husband and wife. Any other sexual relations, including those between persons of the same gender, are sinful and undermine the divinely created institution of the family. The Church accordingly affirms defining marriage as the legal and lawful union between a man and a woman.

The Mormon Church's stance on homosexuality is obviously very clear, which was one of the main reasons the above quote opens the photography series "The Book of Mormon Missionary Positions," which showcases two Mormon missionaries as they surrender to carnal same-sex lust... while fully clothed.

Photographer Neil Dacosta and art director Sara Phillips are part of the team behind the photos of the two male missionaries in various sexual positions. When asked about the project, Dacosta told The Huffington Post, "This project means a few different things to everyone involved, but the overall goal is to start a discussion, using a visual medium, about equal rights and the separation of church and state." The photographer says the goal was to "leave our description fairly open-ended" in hopes "that viewers will find their own personal meanings within the series."

When asked if the series had received any backlash, Dacosta offered, "The response we have gotten has been overwhelmingly positive. As we have been seeing lately in our society, the institutionalized views of past generations don’t represent our current generation's beliefs." He added, "We have a long way to go still, but at least things are changing for the better."

Check out "The Book of Mormon Missionary Positions" in the slideshow below and visit the series' official website for more info on the project. 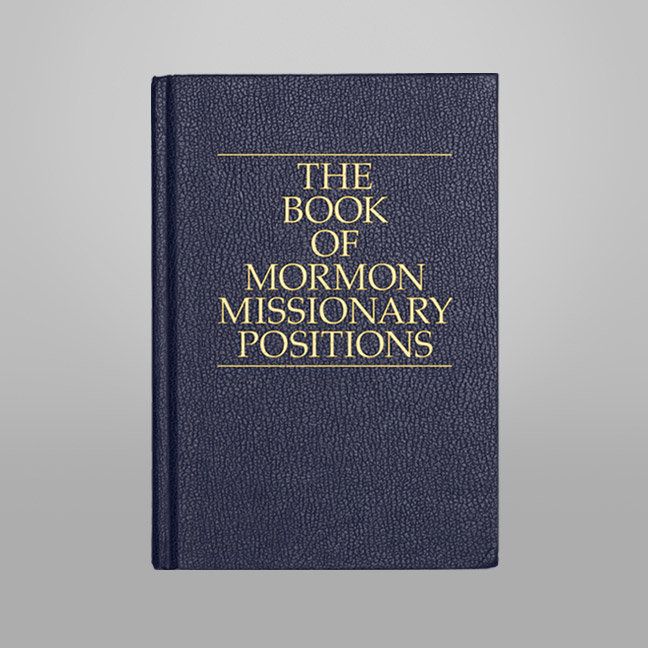