The major success of "Book of Mormon" on Broadway has sparked talk of a film adaptation. With the recent news of the creation of Trey Parker and Matt Stone's Important Studios, the movie seems even more likely.

Parker and Stone, the creators of the television show "South Park" and the "Book of Mormon" musical, have spoken about the possibility of a "Book of Mormon" movie for months. Back in September, Parker mentioned one pop prince for a major role in the hypothetical film. "Who's my dream cast? Justin Bieber for [the lead role of hotshot young missionary] Elder Price," he said at a press conference. "We'd definitely go younger than the stage cast because the camera gets so close."

While the duo denied concrete plans for the movie back in 2011, the development of Important Studios may be the first step towards seeing "Book of Mormon" on the big screen.

For more, head over to NYT.

PHOTO GALLERY
Snaps From The &#039;Book Of Mormon&#039; Musical In New York
Download
Calling all HuffPost superfans!
Sign up for membership to become a founding member and help shape HuffPost's next chapter
Join HuffPost

'Book Of Mormon' Movie: Musical Creators May Take Project To The Big Screen
Snaps From The &#039;Book Of Mormon&#039; Musical In New York 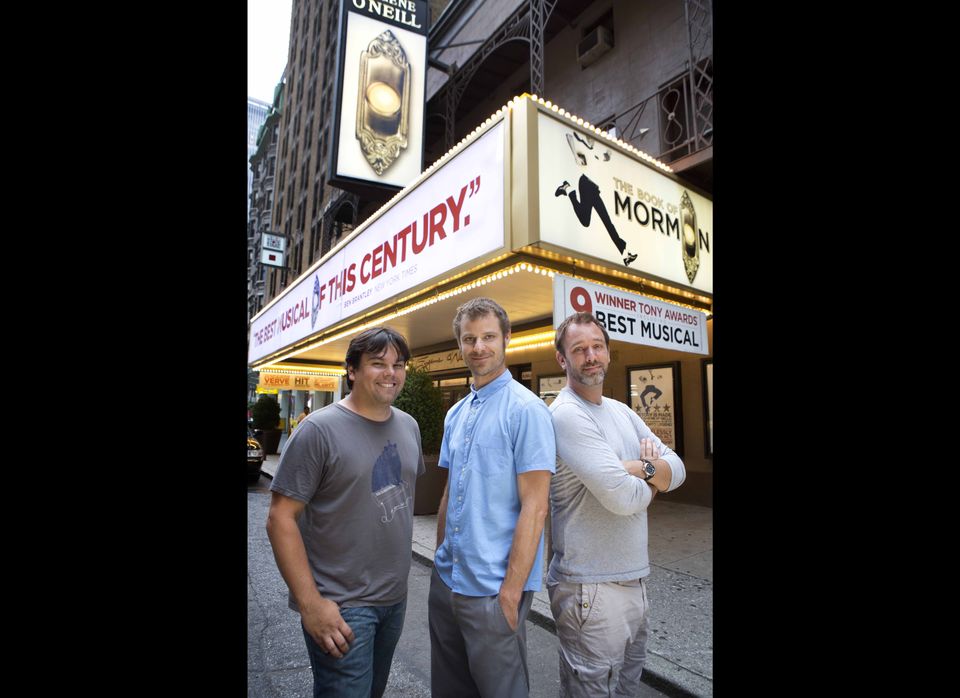 1 / 4
This July 2012 image released by Boneau/Bryan-Brown shows, from left, Robert Lopez, Matt Stone and Trey Parker are shown in front of the Eugene O'Neill theater where the Tony-award winning musical "The Book of Mormon," is performing in New York. The nine-time Tony Award-winning musical opens its first national tour in Denver this month. (AP Photo/Boneau/Bryan-Brown, Joan Marcus)
AP