In Eudora Welty's On Writing, the novelist notes the importance of a keen sense of place: "The sense of place is as essential to good and honest writing as a logical mind; surely they are somewhere related. It is by knowing where you stand that you grow able to judge where you are." Further, she says art is the best means of achieving "a mutual understanding of the world." So for writers, accurately capturing a city or country is a lofty and important responsibility.

Steinbeck's California, Faulkner's American South and Salinger's New York. In literature, the setting of a story can become a character of its own, one with moods we get to know over the course of a novel. Reading about a place can transport you there, but seeing the physical setting of a book firsthand can be a fascinating way to color in the missing details.

Here are 17 novels with strong descriptions of their settings, and the actual cities that inspired them:

Coahuila, Mexico
All the Pretty Horses by Cormac McCarthy

Blood Meridian was McCarthy's first book set in the cities surrounding the Texas and Mexico border, spurring a trend in his fiction. All the Pretty Horses describes a pair's trek south, into the Coahuila region of Mexico, where they are hired as ranch hands.

From the book: "That night he dreamt of horses in a field on a high plain where the spring rains had brought up the grass and the wildflowers out of the ground and the flowers ran all blue and yellow far as the eye could see and in the dream he was among the horses running..." 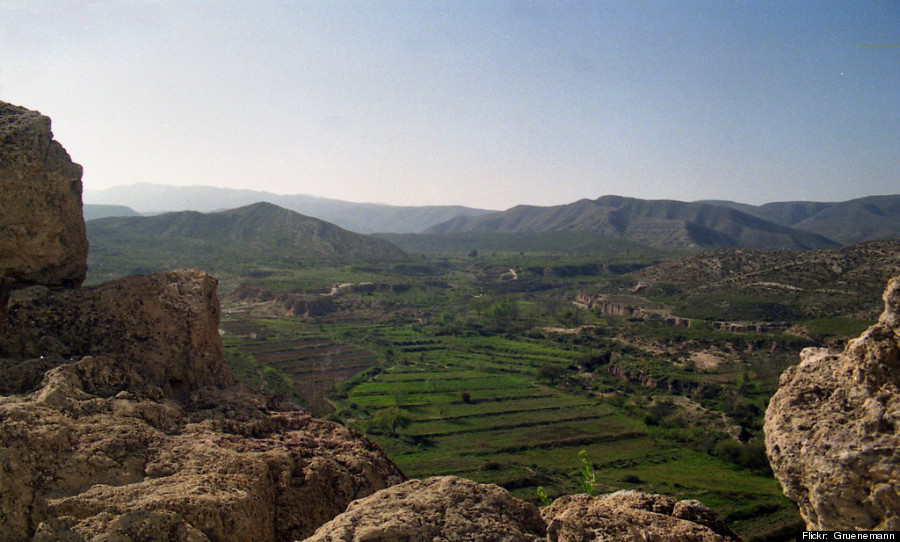 Istanbul, Turkey
The Museum of Innocence by Orhan Pamuk

Pamuk may be the definitive biographer of Istanbul, and writes eloquently about the city where the East and the West converge. The Istanbul described in The Museum of Innocence may not be evident on the surface of the rapidly changing city, but relics, such as those immortalized in Pamuk's real-life Museum of Innocence, exist everywhere.

From the book: "Love is the name given to the bond Kemal feels with Füsun whenever they travel along highways or sidewalks; visit houses, gardens, or rooms; or whenever he watches her sitting in tea gardens and restaurants, and at dinner tables." 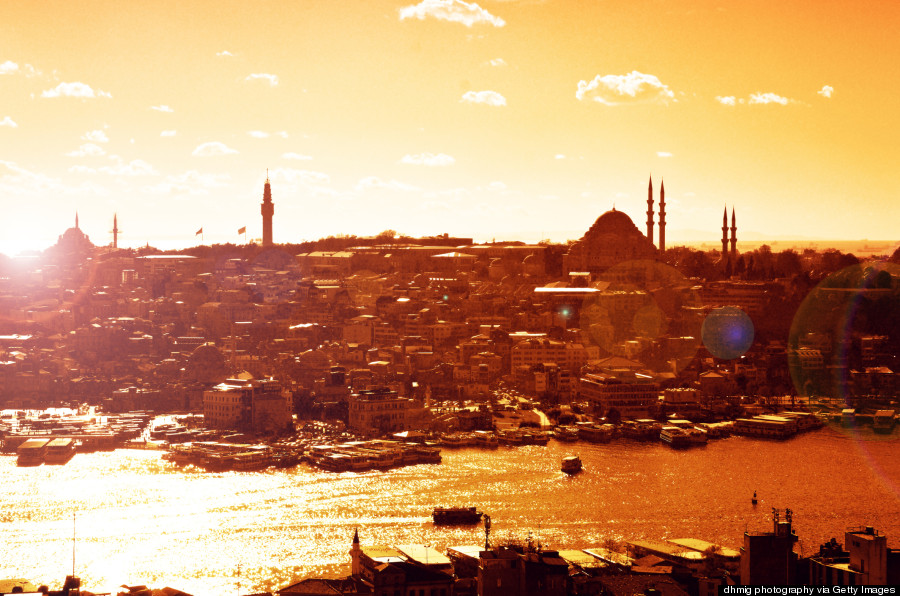 This novel is directly based on Kerouac's own experiences in Big Sur, where he went to escape the fast-paced lifestyle of the city. Protagonist Jack Duluoz doesn't enjoy being in the limelight, and is able to find peace--however temporarily--in this mountainous, coastal region.

From the book: "On soft Spring nights I'll stand in the yard under the stars -- Something good will come out of all things yet -- And it will be golden and eternal just like that -- There's no need to say another word." 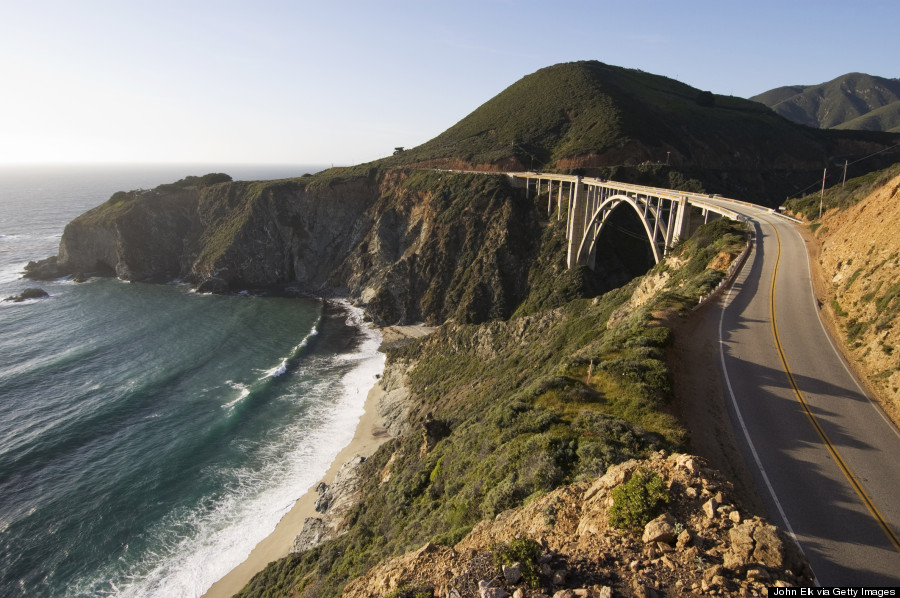 The Isle of Skye, Scotland
To the Lighthouse by Virginia Woolf

Virginia Woolf's modernist novel is set in the Hebrides, where the Ramsay family goes each summer. Though much of the book is about the inner monologues of Mrs. Ramsay and her husband, the setting also becomes a character in its own right, especially the waves separating the island and the Godvrey lighthouse.

From the book: "So fine was the morning except for a streak of wind here and there that the sea and sky looked all one fabric, as if sails were stuck high up in the sky, or the clouds had dropped down into the sea." 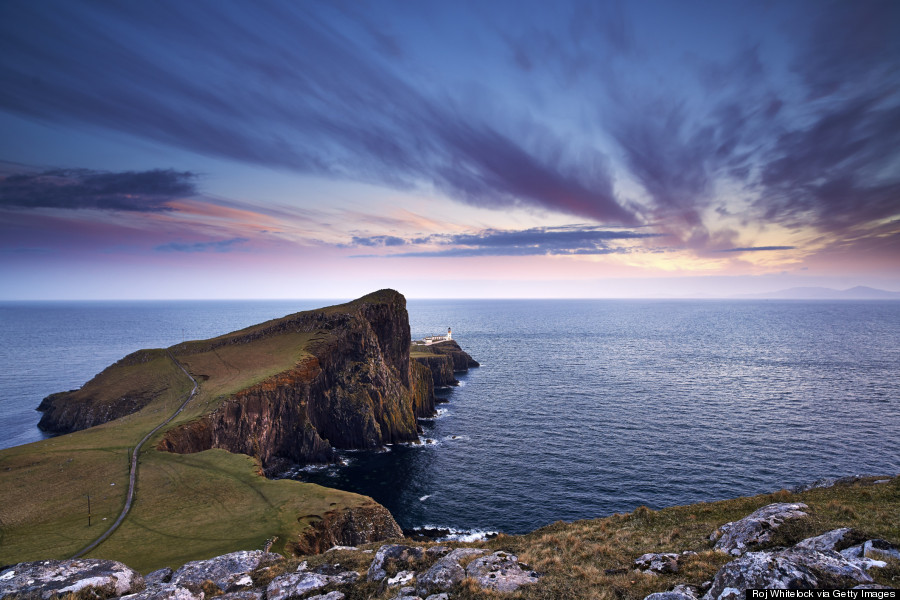 Cuernavaca, Mexico
Under the Volcano by Malcolm Lowry

Lowry's book, frequently listed as one of the best of the 20th century, follows a British consul on the Day of the Dead in Cuernavaca, Mexico (renamed in the book as "Quauhnahuac"), which is about a 30-minute drive south of Mexico City. It's greener than its more urban counterpart, and with a milder climate due to its proximity to the Sierra de Chichinautzin mountains.

From the book: "There was something in the wild strength of this landscape, once a battlefield, that seemed to be shouting at him, a presence born of that strength whose cry his whole being recognized as familiar, caught and threw back into the wind, some youthful passage of courage and pride the passionate, yet so nearly always hypocritical, affirmation of one's soul perhaps, he thought, of the desire to be, to do, good, what was right." 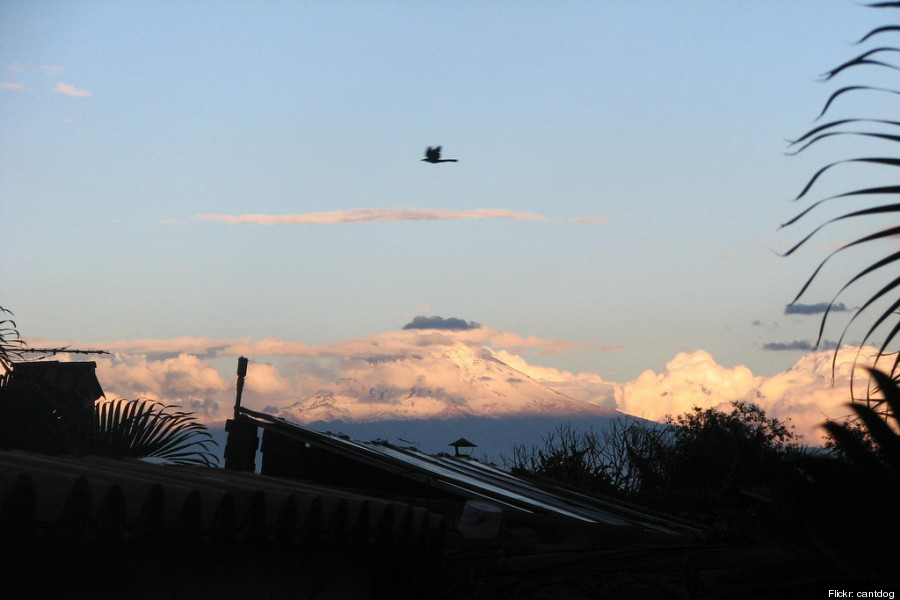 Emily Brontë's book, of course, takes its name from the fictional house in which its events unfold, which is located in the Yorkshire Moors. A portion of the grassy, cliffy area has been reserved as a national park. The Brontës themselves lived in Haworth, another part of Yorkshire.

From the book: "My love for Linton is like the foliage in the woods: time will change it, I'm well aware, as winter changes the trees. My love for Heathcliff resembles the eternal rocks beneath: a source of little visible delight, but necessary." 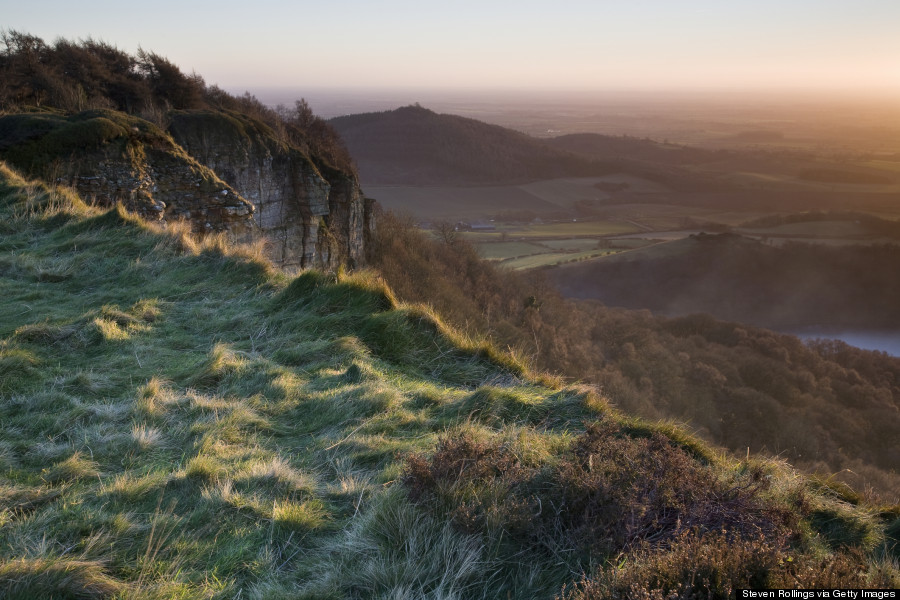 The bulk of Tartt's sprawling novel takes place in New York City, but it's arguable that her rich descriptions of Las Vegas are even more moving than her exploration of Manhattan. She focuses not on the touristy gambling scene, and instead on the suburbs skirting the desert.

From the book: "Though we'd been driving a while, there were no landmarks, and it was impossible to say where we were going or in which direction. The skyline was monotonous and unchanging and I was fearful that we might drive through the pastel houses altogether and out into the alkali waste beyond, into some sun-beaten trailer park from the movies." 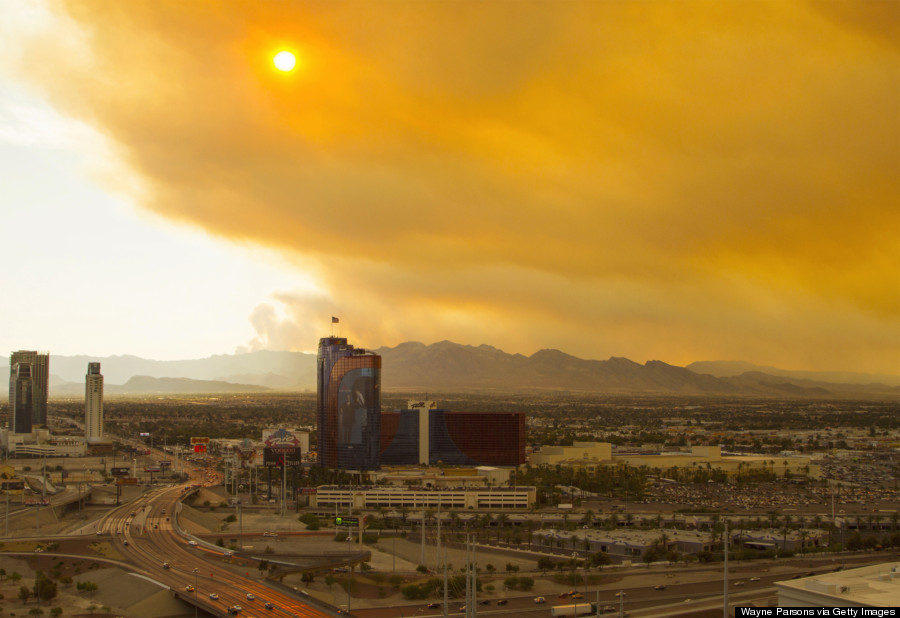 Ontario, Canada
Lives of Girls and Women by Alice Munro

Munro, who won last year's Nobel Prize for Literature, was a surprising and fantastic choice for the committee, which normally steers away from quieter, domestic stories. Munro was born in Wingham, Ontario, and attended college nearby. Most of her stories are set in Huron County, and Lives of Girls and Women is no exception.

From the book: "People’s lives, in Jubilee as elsewhere, were dull, simple, amazing, and unfathomable –- deep caves paved with kitchen linoleum." 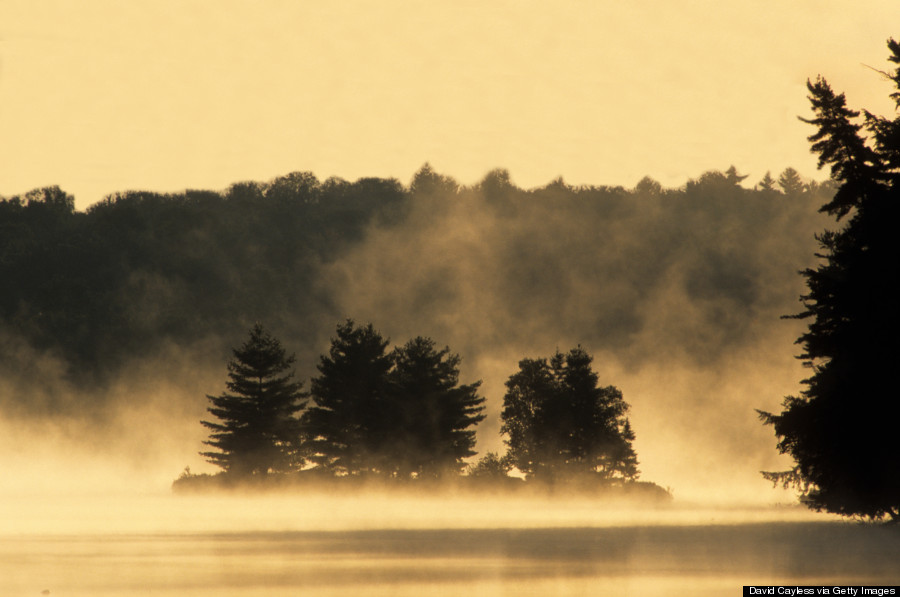 Bowles's novel takes place in the North African desert, where a couple goes to escape the troubles of New York City, only to find that their relationship issues are amplified abroad. Though The Sheltering Sky involves trekking across all of Morocco, Bowles himself lived in Tangier for the latter half of his life.

From the book: "The desert landscape is always at its best in the half-light of dawn or dusk. The sense of distance lacks: a ridge nearby can be a far-off mountain range, each small detail can take on the importance of a major variant on the countryside's repetitious theme." 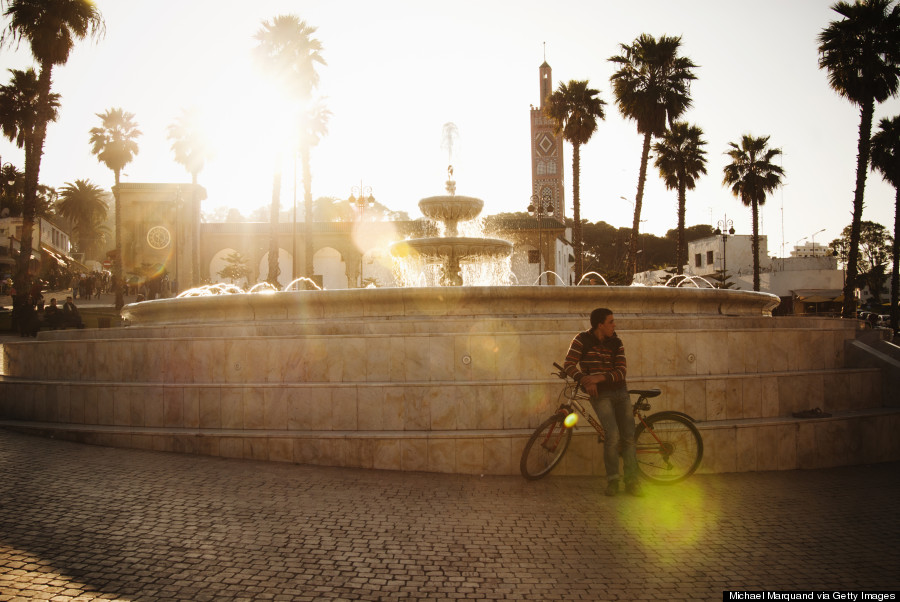 Of his epic classic, Joyce said, "I want to give a picture of Dublin so complete that if the city suddenly disappeared from the earth it could be reconstructed out of my book." He accomplished all of that and then some. 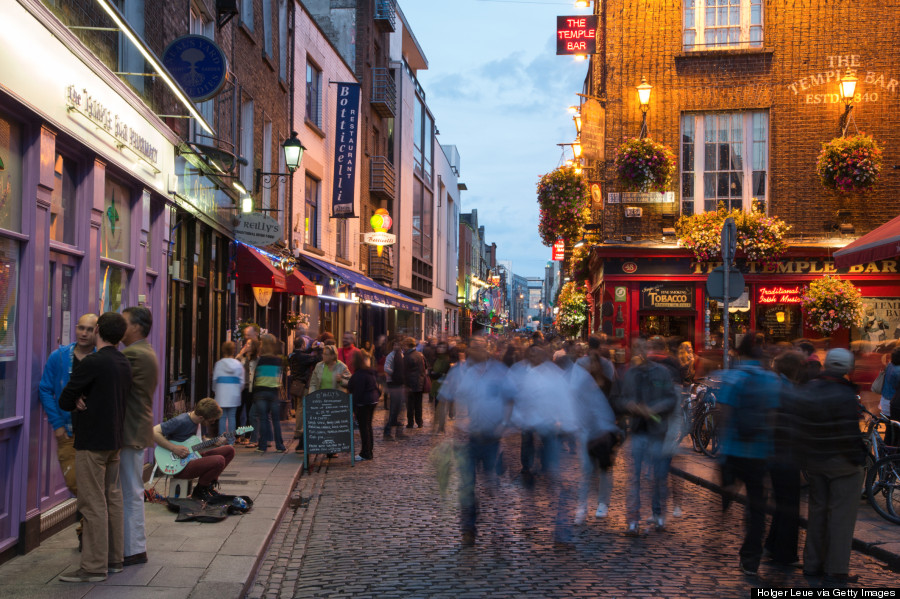 Of course, Murakami has many novels that offer rich descriptions of Tokyo, but After Dark captures the bustle in the city over the course of a single night, including restaurants, bars and love hotels.

From the book: "After German we caught a bus to Shinjuku and went to an underground bar called DUG behind the Kinokuniya bookstore. We each started with two vodka and tonics." 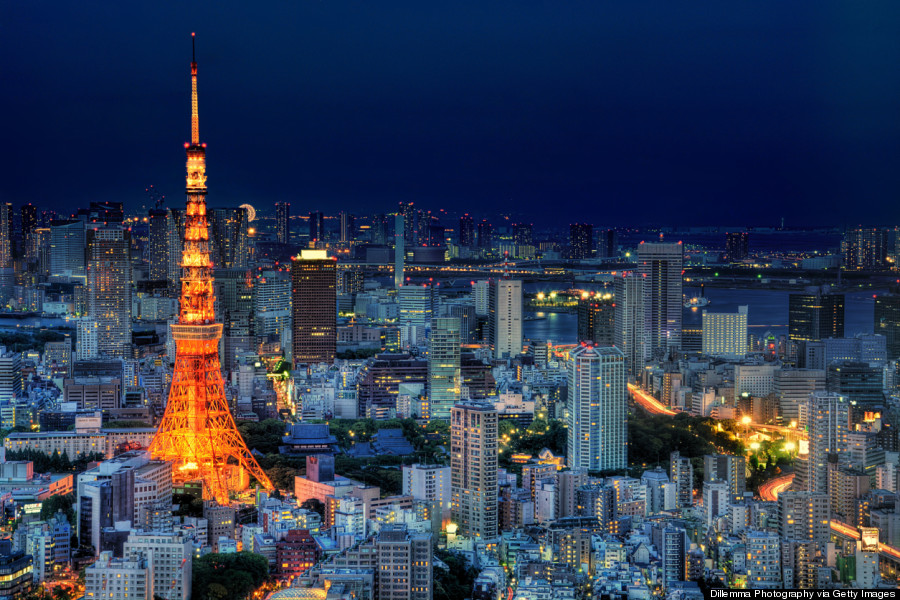 Moscow, Russia
"The Lady with the Little Dog," from The Collected Short Stories of Anton Chekhov by Anton Chekhov

Chekhov's short story, which was hailed by Nabokov as one of the greatest to have ever been written, takes place not only in Moscow, but also in Yalta, where the narrator meets the lady with the dog.

From the book: "At home in Moscow everything was in its winter routine; the stoves were heated, and in the morning it was still dark when the children were having breakfast and getting ready for school, and the nurse would light the lamp for a short time. The frosts had begun already." 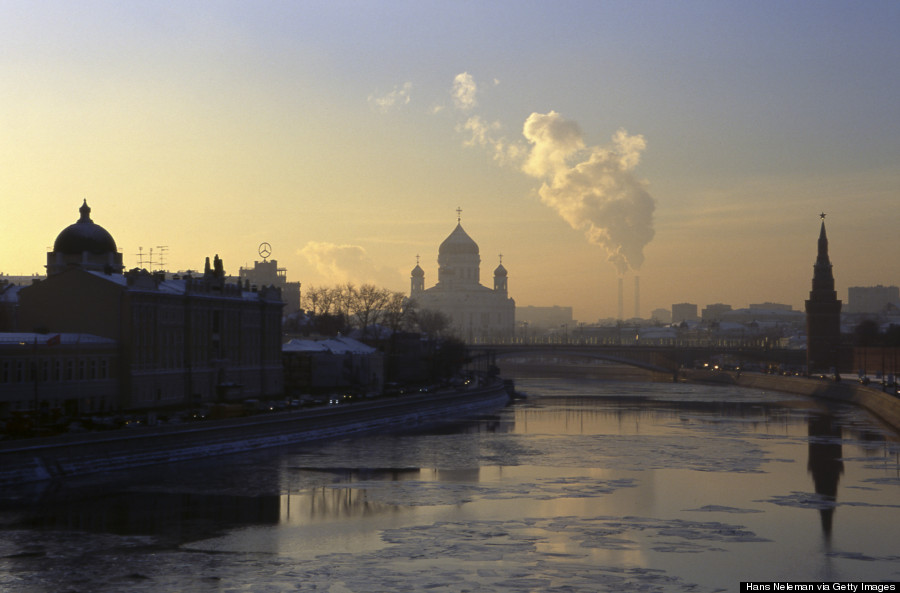 New York City, New York
The Catcher in the Rye by J.D. Salinger

Much of Holden's trek around the city takes place in the Upper West Side--at the Plaza Hotel, the Museum of Natural History and Central Park--and many of his descriptions of New York remain accurate to the way the city looks today.

From the book: "I live in New York, and I was thinking about the lagoon in Central Park, down near Central Park South. I was wondering if it would be frozen over when I got home, and if it was, where did the ducks go? I was wondering where the ducks went when the lagoon got all icy and frozen over. I wondered if some guy came in a truck and took them away to a zoo or something. Or if they just flew away." 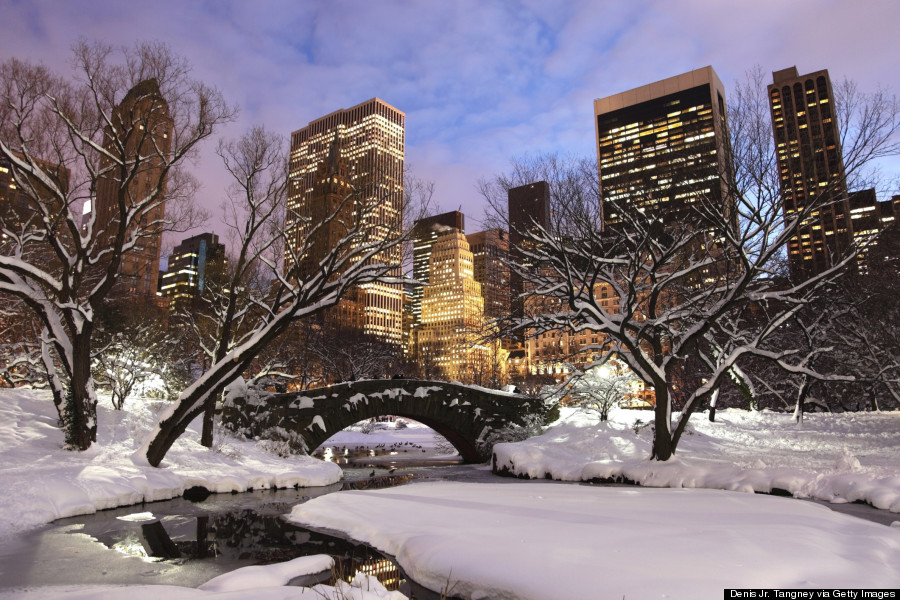 You may not find that Hemingway's descriptions of Pamplona hold true today--the town has ballooned to nearly seven times the size it was when he visited. Still, the fiesta of San Fermin, during which citizens go running with the bulls, is alive and well, wine and all.

From the book: "Then we crossed a wide plain, and there was a big river off on the right shining in the sun from between the line of trees, and away off you could see the plateau of Pamplona rising out of the plain, and the walls of the city, and the great brown cathedral, and the broken skyline of the other churches." 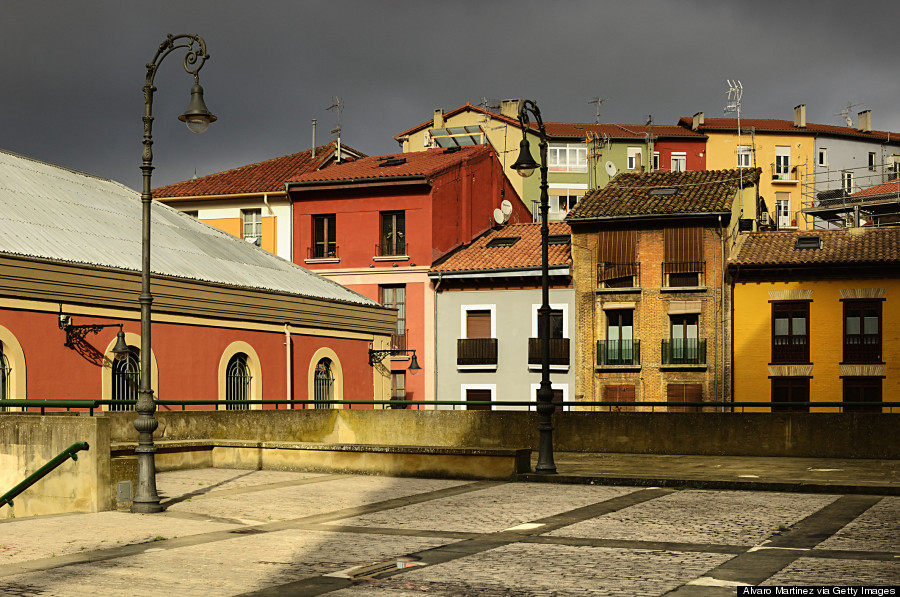 D.H. Lawrence was born in Eastwood, Nottinghamshire, and based many of his autobiographical novels, including Sons and Lovers, on his experiences here and in nearby towns. He went to school in Nottingham, and worked as a clerk in a factory that created surgical appliances, an experience that he also related in the novel.

From the book: "She looked at her roses. They were white, some incurved and holy, others expanded in an ecstacy. The tree was dark as a shadow. She lifted her hand impulsively to the flowers; she went forward and touched them in worship." 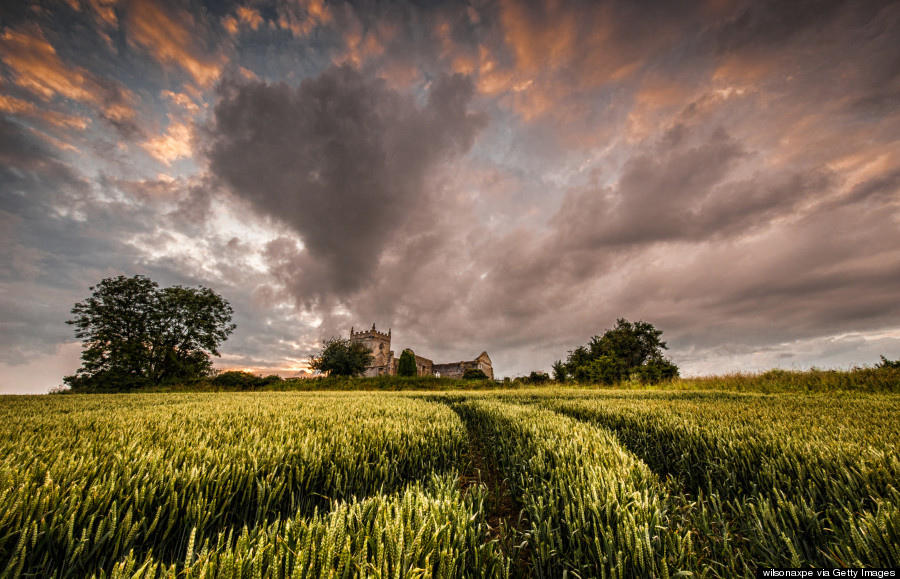 Photo by wilsonaxpe via Getty Images

Cartagena, Colombia
Love in the Time of Cholera by Gabriel García Márquez

As in One Hundred Years of Solitude, which is set in a fictional city, Love in the Time of Cholera doesn't explicitly state which real setting it's based on. However, we do know that García Márquez lived in Cartagena for many years, and the location's proximity to the Caribbean Sea and the Magdalena River make it the likely inspiration.

From the book: "At one window the splendor of dawn was just beginning to illuminate the stifling, crowded room that served as both bedroom and laboratory, but there was enough light for him to recognize at once the authority of death." 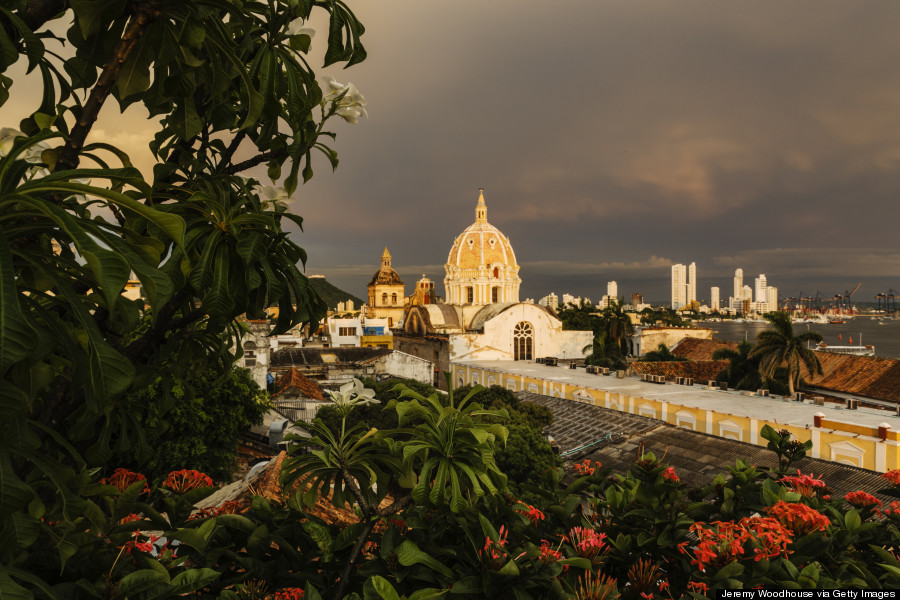 Florence, Italy
A Room with a View by E.M. Forster

Though Forster's protagonist, Lucy, might initially be displeased with the view of Florence from her hotel room (it doesn't overlook the Arno, a river running through the city, but instead a quaint courtyard), she is much happier with the sites she takes in while touring the city.

From the book: “It was pleasant to wake up in Florence, to open the eyes upon a bright bare room, with a floor of red tiles which look clean though they are not; with a painted ceiling whereon pink griffins and blue amorini sport in a forest of yellow violins and bassoons. It was pleasant, too, to fling wide the windows, pinching the fingers in unfamiliar fastenings, to lean out into sunshine with beautiful hills and trees and marble churches opposite, and, close below, Arno, gurgling against the embankment of the road.” 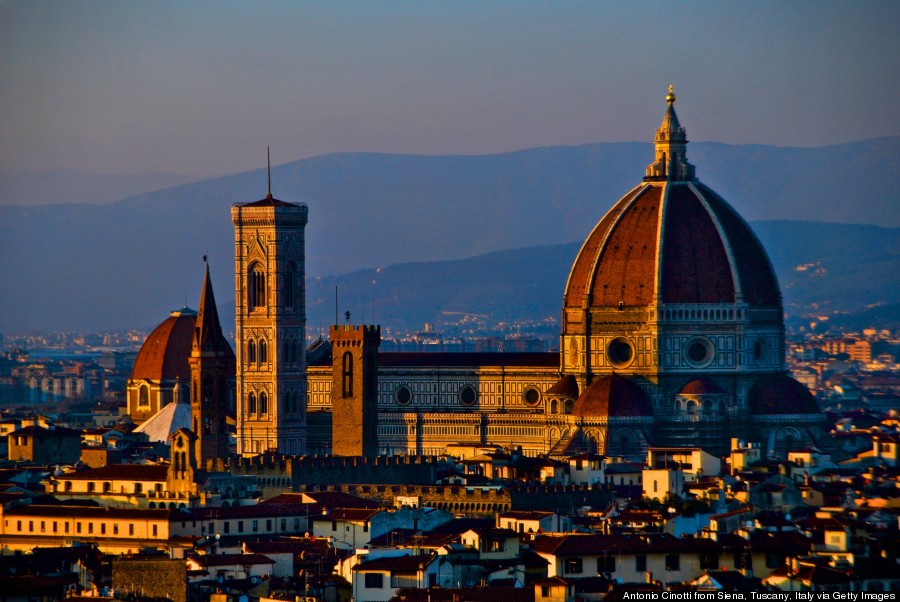