Not too long ago, Berrett-Koehler publisher Steve Piersanti sent me a list that surprised the heck out of me. Piersanti has always seemed like such a positive, upbeat, optimistic guy -- so his downbeat message came as a shock. Entitled "The Ten Awful Truths about Book Publishing," here's what it said:

1. The number of books being published every year has exploded. Bowker reports that over three million books were published in the U.S. in 2010. The number of new print titles issued by U.S. publishers has grown from 215,777 in 2002 to 316,480 in 2010. And in 2010 more than 2.7 million "non-traditional" titles were also published, including self-published books, reprints of public domain works, and other print-on-demand books. In addition, hundreds of thousands of English-language books are published each year outside the U.S.

3. Despite skyrocketing e-book sales, overall book sales are still shrinking. "Print Declines Outpace Digital Gains" was the Publishers Weekly's headline of September 19, 2011. For the full year of 2011, a 17.1% decline in print sales outweighed a 117.3% increase in e-book sales, resulting in a 5.8% decline in combined print and e-book sales, according to the Association of American Publishers (Publishers Weekly, March 5, 2012). Similarly, combined print and e-book sales of adult trade books fell by 14 million units in 2010, according to the August 9, 2011 BISG BookStatshttp:// report. The total book publishing pie is not growing, yet it is being divided among ever more digital and print products.

4. Average book sales are shockingly small, and falling fast. Combine the explosion of books published with the declining total sales and you get shrinking sales of each new title. According to BookScan -- which tracks most bookstore, online, and other retail sales of books (including Amazon.com) -- only 263 million books were sold in 2011 in the U.S. in all adult nonfiction categories combined (Publishers Weekly, January 2, 2012). The average U.S. nonfiction book is now selling less than 250 copies per year and less than 3,000 copies over its lifetime. And very few titles are big sellers. Only 62 of 1,000 business books released in 2009 sold more than 5,000 copies, according to an analysis by the Codex Group (New York Times, March 31, 2010).

5. A book has less than a 1% chance of being stocked in an average bookstore. For every available bookstore shelf space, there are 100 to 1,000 or more titles competing for that shelf space. For example, the number of business titles stocked ranges from less than 100 (smaller bookstores) to approximately 1,500 (superstores). Yet there are 250,000-plus business books in print that are fighting for that limited shelf space.

6. It is getting harder and harder every year to sell books. Many book categories have become entirely saturated, with a surplus of books on every topic. It is increasingly difficult to make any book stand out. Each book is competing with more than ten million other books available for sale, while other media are claiming more and more of people's time. Result: investing the same amount today to market a book as was invested a few years ago will yield a far smaller sales return today.

7. Most books today are selling only to the authors' and publishers' communities. Everyone in the potential audiences for a book already knows of hundreds of interesting and useful books to read but has little time to read any. Therefore people are reading only books that their communities make important or even mandatory to read. There is no general audience for most nonfiction books, and chasing after such a mirage is usually far less effective than connecting with one's communities.

8. Most book marketing today is done by authors, not by publishers. Publishers have managed to stay afloat in this worsening marketplace only by shifting more and more marketing responsibility to authors, to cut costs and prop up sales. In recognition of this reality, most book proposals from experienced authors now have an extensive (usually many pages) section on the authors' marketing platform and what the authors will do to publicize and market the books. Publishers still fulfill important roles in helping craft books to succeed and making books available in sales channels, but whether the books move in those channels depends primarily on the authors.

9. No other industry has so many new product introductions. Every new book is a new product, needing to be acquired, developed, reworked, designed, produced, named, manufactured, packaged, priced, introduced, marketed, warehoused, and sold. Yet the average new book generates only $100,000 to $200,000 in sales, which needs to cover all of these expenses, leaving only small amounts available for each area of expense. This more than anything limits how much publishers can invest in any one new book and in its marketing campaign.

10. The book publishing world is in a never-ending state of turmoil. The thin margins in the industry, high complexities of the business, intense competition, churning of new technologies, and rapid growth of other media lead to constant turmoil in bookselling and publishing (such as the bankruptcy of Borders and many other stores). Translation: expect even more changes and challenges in coming months and years. 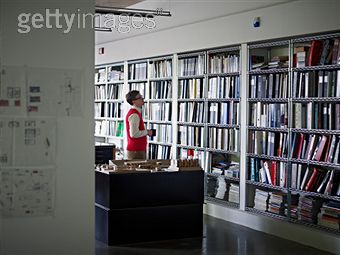 Never one to let gloomy tidings go unchallenged, I called a few author and publicist friends, then sat down to write a rejoinder to Piersanti. I call it "The Ten Wonderful Truths About Book Publishing."

2. You get to work with the most interesting, fascinating, diverse people you could ever imagine. (publicist Leslie Rossman)

3. "Achieving publishing success is 5% writing a good book and 95% marketing." If you like to get out there and hustle -- "eat, breathe, sleep, and live your book" -- this is a fun way to make a living. Yes, you can make a living at it! (authors Jack Canfield and Mark Victor Hansen, Chicken Soup for the Soul series)

4. Desktop publishing and book packagers have democratized book publishing. Anybody with a computer can write and self-publish a book. Access to the book market is no longer concentrated in the hands of big publishing houses. This is good news if you are passionate about the message you have to share with others. Mantra for the brave new world of book publishing: Just do it.

5. Books are not going to disappear. Books will always exist in one form or another -- digital, audio, interactive, and more -- though the days of bound pages of ink-on-paper may be numbered. We humans are story-telling creatures with a strong impulse to share our stories with one another, and with future generations. Books, in whatever format, play a vital role in conveying information, data, stories, ideas, and values across generations, cultures, and time.

6. Book publishing is a crap shoot -- a fun, exciting game of chance. There is always an element of luck involved. (It's a lot like Life that way.) Every roll of the dice is a new chance to win -- or lose. If you like excitement and challenge in your life, book publishing is a great game of chance. "But don't go to the table if you can't afford to lose." (author Cathy Conheim)

7. If you like to be creative, resourceful, and think outside the cliché-ridden box, then book publishing can be satisfying and rewarding. Go where the competition ISN'T. Bookstores may not be the best place to sell your book -- nor Amazon. The Chicken Soup authors achieved enormous success selling their books in restaurants, pet stores, women's catalogues, dentists' offices, gift shops, supermarkets, and many places other than bookstores. In two years, author Cathy Conheim has moved 35,000 of her book about a three-legged cat - none of those through bookstores!

8. If you're creative and entrepreneurial, you can build a cottage industry around your book -- with spin-offs like videos and feature length films or TV shows, coffee mugs and t-shirts, bookmarks and calendars, and an endless variety of merchandise. Sometimes you can make more money on the spin-offs than you do on the book!

9. You can use your book to leverage your business, build credibility with your clients, and create name recognition. Writing and publishing a book makes you an "expert" without having a Ph.D. or university affiliation. Even if you lose money on the book, it can still be worth it in terms of increasing your fees, building your client base, selling more of whatever your product is, and building a name for yourself in your chosen field.

10. You get to touch people's lives and make a difference in the world. Getting fan mail from readers touches your heart in a way that is almost indescribable. Getting phone calls, emails, or letters from people whose lives are better for having read your book -- that's the ultimate reward of publishing a book.