As the geopolitical foundations of the world order shift, there can be little doubt that Asia will play a defining role in the next century and beyond. In the academic and policymaking worlds, the realization of this reality has given rise to a raft of texts analyzing the future of Asia. Most have focused on the rise of China and that country's relations with the U.S. and its Asian neighbors, while some of have taken on the subject of emerging Asia as a whole. Europe in Emerging Asia makes an important and unique contribution to this growing body of work by illuminating the often neglected subject of relations between Asia and Europe. The book draws on contributions from a broad roster of accomplished scholars and foreign policy practitioners from both continents. Their perspectives range widely in professional, cultural, and geographical background, which ensures that, with the notable exception of Japan, the book leaves no stone unturned in analyzing the complicated contours of relations between the two continents. Readers will come away with both a greatly enhanced understanding of relations between Europe and emerging Asia and a renewed appreciation of the importance of strengthening the ties between the two.

The only major flaw in the book is the omission of Japan. Japan is of course touched upon in some articles, but there is no chapter devoted to Japan and little discussion of the island nation. With the third largest economy in the world and a growing role in the Asian security picture, the volume seems incomplete without a chapter on Japan. This is especially true when the volume devotes entire chapters to smaller economies such as Thailand and South Korea. It could be argued that as a developed country, Japan is not part of "emerging" Asia, but the same could be said of South Korea. 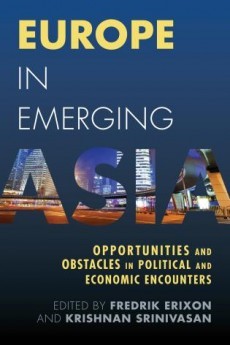 Nevertheless, in all other aspects the book is impressive in both its breadth and its depth, and the topics of its chapters vary just as widely as the background of its authors. Some, such as Krishnan Srinivasan's introduction, Fredrik Erixon's chapter on trade relations and political cooperation, and Zhang Xiaotong's chapter on intercontinental trade relations, endeavor to cast the relationship in broad terms and illuminate its grand strategic underpinnings. Others focus on more specific aspects of the relationship - there are chapters dedicated solely to Thailand, South Korea, India, and the South Asian states outside of India. This varied approach, while it may result in some repetition, allows readers to fully appreciate the magnitude of the themes which emerge out of such a wide array of topics and perspectives.

The most pervasive theme is the importance of Asian-European ties, and the urgent need to develop them more fully. Several authors outline the deep historic links between the two continents, and almost every author points out the importance of the shifting current-day roles of the two continents. Europe, which has dominated much of the past few centuries, retains its age-old sense of importance and still wields real power through its example, but is facing a decline in economic and military stature. Asia, meanwhile, is the epicenter of the growth of the developing world and is striving to take a place of increased importance in the changing structure of international politics. As the two are on somewhat opposite trajectories, each has lessons for the other, and strengthened relations would be a boon to both.

Despite the consensus that improved ties would be a boon for both continents, the volume also reveals broad consensus on a number of obstacles that stand in the way of the realization of that goal. Chief among these is the incoherent nature of European external relations, which is a theme mentioned in almost every piece of the volume. Most Asian nations are unsure whether to turn to the official EU foreign policy-making apparatus and EU External Action Service, which officially conducts EU foreign policy from Brussels, or the leading European nations (generally Britain, France, and Germany), whose interests still dominate European foreign policy in practice. Many of the authors agree that from Asia's point of view, the complicated Brussels institutions are nebulous, and therefore often produce less than coherent policy that has little concrete impact on Asia-Europe relations. In general, bilateral relations with the larger European nations have continued to be more important both in determining policy and in the minds of the public in Asian nations. There is a general consensus that before relations can improve, the EU must achieve closer cooperation between its institutional and member state foreign policies in order to enable more productive decision-making between Asian nations and Europe.

The other major challenge that this volume highlights is the fact that almost all concrete achievements in Asian-European relations have come in the arena of trade, and that there is a deep need for relations of a more strategic nature. Most authors seem to agree that even in areas where trading relations are well-developed, progress has generally been the result of ad-hoc arrangements rather than as part of a well-planned and conceived effort to form more strategic ties. Despite the fact that many countries in Asia (including China, India, Japan, and South Korea) are nominally "strategic partners" with the EU, most of the authors feel that these partnerships are strategic in little more than name. The main exception to this is Jin Park, who argues in his chapter that Korea, which is the only Asian nation to sign major political, economic, and security agreements with the EU, has a greater depth of relations with Europe than most other Asian nations. Even so, Park that there is still a need for Korea and the EU to further deepen relations in pursuit of greater international cooperation. Other authors, including Krishnan Srinivasan in the case of India and Wang Yiwei in the case of China, have more pronounced concerns about the lack of strategic depth in the Asia-EU relationship. While the authors vary in their assessments of whether achieving this goal is plausible, almost every author agrees that the two sides should strive for more truly strategic relations.

The book's last two chapters move beyond these considerations to touch on factors beyond Asia-Europe relations, a useful addition because relations between the two continents of course do not happen in a vacuum. Hari Vasudevan's contribution examines the EU's eastward expansion into the Caspian region, the subsequent tensions with Russia, and the implications of these developments for Asia. Of course, Russia is geographically part of both Asia and Europe, but its historical role places it in a third position between established Europe and emerging Asia. Vasudevan suggests that emerging Asian stakeholders in the Caspian region may welcome EU involvement and its attendant push for better defined legal and human rights. He thus foresees that the EU's eastward expansion will bring Europe and Asia closer together in the face of Russian opposition, with the possible exception of China which may bristle at EU interference. 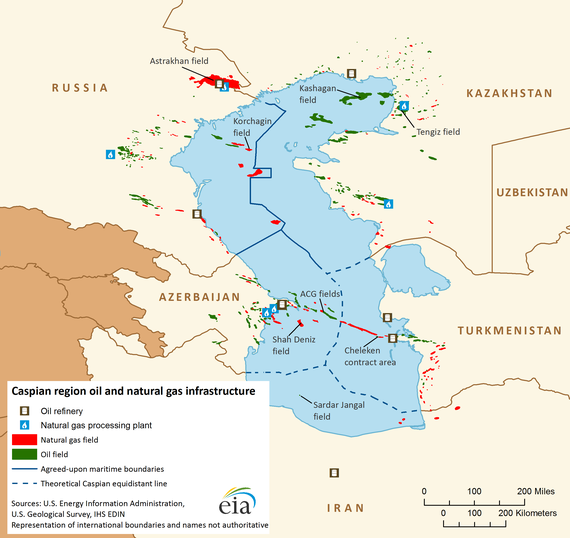 In the final chapter, Philip Levy assesses the implications of the American "pivot to Asia" for Europe and emerging Asia, and finds that there are few. Levy contends that while President Obama's desire to shift attention to Asia was sincere, political capital and resource constraints have prevented his administration from committing substantial military, diplomatic, or trade resources to the effort. Levy's conclusion has only been bolstered in the months since the book was published, as the growing threat of ISIS diverts more and more US attention from emerging Asia to the Middle East. Levy's is an important conclusion for the grand strategic picture. Combined with the weakness in strategic and defense ties between Europe and Asia, America's inability to commit to Asia may force Asian states to bolster their defense budgets in the face of increasing assertiveness from China.

Overall, "Europe in Emerging Asia" is an illuminating and essential read for policymakers and academics interested in the intersection of the two continents. It also does an excellent job of explaining why the relationship between the two continents is so critical for those who may not have been previously interested. Readers will come away with an in-depth knowledge of the big-picture strategic relations between the two continents, more granular detail on the situation in individual countries, and an understanding of how the relationship affects the world beyond Europe and emerging Asia. Finally, they will gain an appreciation of the vexing challenges presented by incoherent European policy and insufficient depth in the relationship, and finish the volume armed with the tools needed to overcome these persistent obstacles.