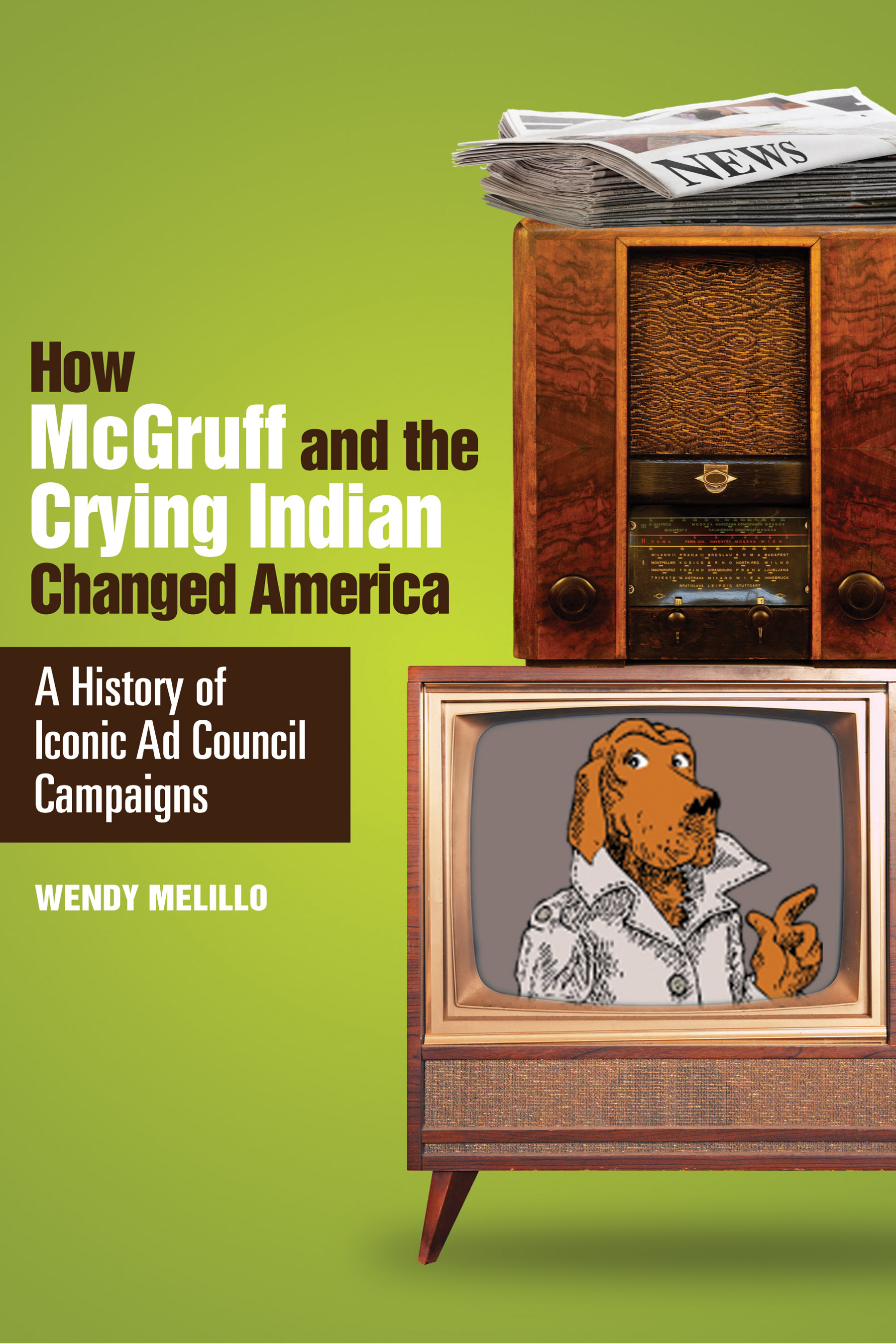 If you watch Mad Men for the campaigns, as much as the back-room machinations, Wendy Melillo's new book, How McGruff and the Crying Indian Changed America - A History of Iconic Ad Council Campaigns, is an intriguing read.

It's a smart, provocative look at some of the most important ad campaigns in American history -- from Smokey Bear, "only you can prevent forest fires," to the United Negro College Fund, "a mind is a terrible thing to waste," to McGruff, the dog famed for taking "a bite out of crime." On the surface, the famed campaigns, which span 70 years, read like a compendium of advertising's glory.

But like all good reporters, Melillo digs deeper. And what she uncovers is revelatory.

Her solid research reveals the complex special interests -- corporate and government -- behind the Ad Council's lauded work. While she's quick to praise McGruff, which empowered neighborhood watch groups, or The UNCF for pushing societal betterment and exposing racism, she's evenhanded in her criticism, noting several spectacular failures, such as Smokey Bear, that masquerade as success.

Smokey's tagline may be recognizable to millions of Americans, "embedded in America's culture zeitgeist," notes Melillo, but to many Native Americans, he's suspect on land claims and usage. Plus, suppressing natural forest fires did tremendous harm to pristine acreage; it protected lumber interests, which were allowed to cut trees, rather than encourage sound ecological principles: low-watt fires burn off forest debris. The sad proof: the devastating wildfires in the Southwest over the past few summers.

Similarly, the Crying Indian, who shed a tear at the terrible pollution of America's natural resources, pushed a corporate agenda. Iron-Eyes Cody may have wept at our indifference to the earth, but he took individuals, not the giant corporate polluters to task. By focusing attention on careless campers, rather than bottle, chemical or plastic companies responsible for polluting our rivers and lands, the Keep America Beautiful campaign gave corporations a pass. Moreover, KAB helped defeat legislation to stop the manufacture of throwaway bottles and demand corporate recycling.

Melillo's book underscores the enormous power of advertising to push positive social policies, while chronicling the genesis of the Ad Council's most popular campaigns. All can be traced to the nature of the nonprofit organization, which debuted during World War II.

The Ad Council's campaigns are often clever and highly prized assignments, what CEO Peggy Conlon dubs "advertising's gift to America." Many of the brightest minds in the business championed its efforts, birthing acclaimed PSAs (Public Service Announcements). The template is for public service, which can be both hugely helpful, but also highly problematic. It's a delicate balancing act; tricky when business interests trump consumer protection.

An assistant professor of public communication at American University, as well as a former staff writer for The Washington Post and Adweek, Mellillo is uniquely qualified to tackle the Ad Council's complex history. She vividly outlines the organization's inception, funding, key players and how campaigns are selected. (The Ad Council is a case study in balancing money, power and ego.)

What's fascinating is how these iconic campaigns, including Rosie the Riveter and Anti-Communism, changed public behavior and influenced public policy. How McGruff and the Crying Indian Changed America - A History of Iconic Ad Council Campaigns is a thoughtful, well-researched examination of campaigns that baby boomers will recall fondly.

After all, most of us remember the taglines from key commercials; many watch the Super Bowl only for the commercials. Advertising is a potent reminder of copywriters' abilities to entertain and enlighten, as well as distort and subvert the social order.

For anyone interested in the compelling elements of American advertising history and the nature of social messaging, Melillo's insightful and eye-opening book is a must-read.