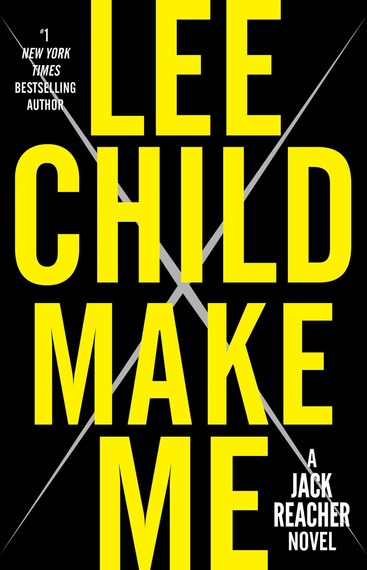 It's standard fare for Jack Reacher to wander into a small, seemingly inconsequential town in the Midwest, and Make Me begins no differently when he gets off the train at Mother's Rest simply because he likes the name.

He had no place to go, and all the time in the world to get there, so detours cost him nothing. Which is why he got out of the train. To a sense of disappointment, initially. His expectations had been way off base.

Reacher was expecting a quaint little place with a small museum explaining the town's unusual name and history, but it turns out that everything about Mother's Rest is way off base. There is something ominous about the town and that's quickly confirmed after Reacher meets FBI agent turned P.I., Michelle Chang. She's looking for her partner and their client's son, both of whom have simply disappeared. Reacher decides to help her and suddenly the book deviates from the standard Lee Child template.

Child has a successful formula, which usually introduces the reader to the villain from the start. Make Me is a total mystery, and by page 200 I had no idea what was happening, but I was unable to put the book down or shake a terrible sense of foreboding. Mother's Rest holds a horrible secret, but unlike The Firm, its nothing mundane like the mafia. Many novelists are beginning to write about the deep web, and Child does so as well, but what he reveals is dark, horrifying and absolutely possible.

Child breaks other new ground as well. Reacher - usually as indestructible as the Hulk - gets hurt in a fight and it leaves him vulnerable and suddenly dependent on his new partner to help him in a gun battle. Although physically imposing, Reacher's abilities as a detective are equally impressive, and Child has crafted a complex mystery for him to unravel. Reacher and Chang travel to Chicago, San Francisco and Arizona, and spend some time in a first class hotel along with money on other extravagances - another departure for Child. Also, Child - not typically know for his sense of humor - has Reacher recite the Gettysburg Address in moment that had me laughing out loud. Going into further plot detail would spoil a brilliantly crafted mystery and one of Child's best.

Make Me is a new direction for Lee Child, and a most welcome one.