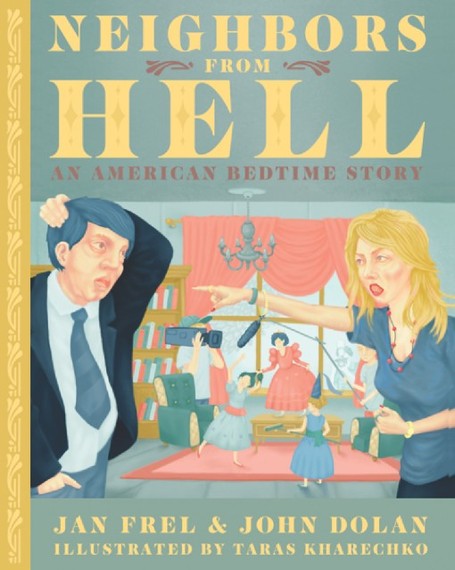 In the 1990's when I was a dumb college kid I was kicked out of the student dorms at University of the Arts. I was selling low-grade marijuana, dropping acid, starting wild sex parties and pursuing fun. After several icy meetings with the dean of student housing or whatever title he had, it was decided I had to get an off campus apartment (and was not allowed back in to visit my friends. That's another story filled with dashing disguises). This was my first time living alone and it was exciting to live amongst the local monsters of Central Philadelphia.

Since the 90's I've had many apartments, many neighbors of all walks of life. In my very first apartment I had a neighbor named Hype Belve. He pronounced "Hype" as in "Hippie". He was an old acidhead and I was a young acidhead so naturally we got along fine, occasionally jamming awfully on guitars. Hype claims to have been born at Woodstock from elements of the sky. I don't think he was referring to his physical birth, which would have made him a gruesome 29 at the time.

On the other side of the studio apartment, I shared a wall with one Henry Seltzer. Yes, that was his real name. Henry looked like his name; big bowtie, oversized glasses and even had a voice like an elderly Jimmy Stewart. He was a very old man and I would be surprised if he were still alive today. Unfortunately Henry could be heard kicking things around 3AM, yelling about not working. He always asked me for change to get ice cream.

A slim volume arrived in the mail from Feral House a few weeks ago titled Neighbors From Hell: An American Bedtime Story by Jan Frel and John Dolan with illustrations by Taras Kharechko.

Neighbors From Hell delivers on its' blunt title. Neighbors is a satirical volume in the style of a children's bedtime story. It's about the real monsters lurking in your neighborhood. The accompanying press release describes it, as belonging to the emerging genre of "children's book for adults niche in the vein of Go to Fuck To Sleep which you may remember was hugely popular a few years ago.

Delivered in a cute rhyming style, you meet characters like Rhonda the Reality Star, and Paul the Mortgage Loan Officer for example. These monsters are somehow scarier than Dracula or Freddy Krueger. Neighbors could be the existential answer to Richard Scarry's adorable Busytown books I read to my son, in which all the animals drive cars and have jobs. The characters in Neighbors are not nearly as cute or self satisfied. They remind me of the seedier characters that populate the underbelly of Springfield in The Simpsons.

Kharechko's drawings are bleak, funny and look like wan Alex Katz's paintings in tone and color. The characters droop through the pages. Even the anemic, smiling face of Shelley The Real Estate Snake is full of despair.

I recommend that you should buy this book for your friends who are able to laugh at this cruel, fucked up world we live in or a monster you may know in need of self-assessment.

Neighbors From Hell is available June 9, 2014, buy it here from our friends over at Feral House.