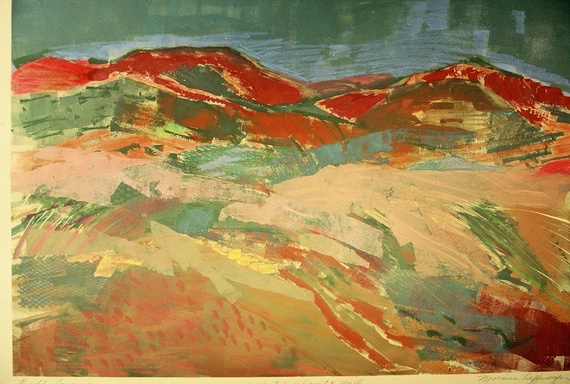 I was privileged to read the pre-publication version of Marianne Gage's third novel, Private Faces, which will be released by Endeavour Press UK in early 2017.

Private Faces on its surface is about an artist Natalie Newbury and the women whose portraits she paints. It is also a deep examination of these relationships and the slow, unseen disintegration of Natalie's marriage to Ben. It's a novel filled not just with excellent character studies of the women, but evokes in each of the chapters surrounding the portraits, the time and cultural mores in which they were painted.

After fifteen years in France, Natalie is having a retrospective show at her friend's gallery in San Francisco as a reintroduction to both America and her friends. Before the show, she finds an unsigned note in Ben's dresser and finds that her seemingly-faithful husband has been having an affair with one of her closest friends. It devastates her, and begins her own internal retrospective about her marriage, her own infidelity, and her friends. Each of the seven women Natalie has painted over the years (Fia, Hana, Amanda, Rosie, Ranie, Nikki, and Esther) are brilliant reflections of the times and places in which each portrait was painted.

Gage's characters are well developed and engaging. Each woman has her own personality, her own foibles, and problems. Their interactions with Natalie - and Ben - are often complicated. From covering up one woman's infidelities, assisting another in dealing with her abusive husband, and eventually figuring out with whom another husband was cheating.

Gage's first person narrative brings a sense of immediacy to the book and promotes Natalie's point of view, as well as her own inability to realize how her own actions were contributing to driving her beloved Ben away. Even Natalie's wild affair with Juan, a fellow artist, seems reactive to Ben's absences from their life in France.

Looking back on my life with Ben, I can see a lot of things I did wrong: actions I didn't take, marital duties I didn't perform, plans he wanted to make which I cast aside. All of this may have contributed to his feelings of coming second to my art. But did he have to betray me in such a vile, despicable way? Why couldn't we have talked about our problems? Maybe I would have been able to change...

I remember that he was always interested in my friends. I needed him to be supportive of my career, but there were times when his interest went too far. I think his feelings were mixed. On the one hand, he would complain about my being too involved in their troubles.

"Nat, when are you going to learn that you can't help these gals with their messed-up marriages?"

Other times he'd say, "Maybe we should help Hana when she moves," or, "We'd better see if Ranie needs anything." - Private Faces, Introduction

Gage's style is direct and engaging and her many years as an artist brings a verisimilitude to her work. She gives insightful descriptions of artwork, and illustrates with emotions Natalie's interactions with children. The way Gage handles the descriptions of the artwork and Natalie's ambitions to improve her craft and skills with true understanding and grace, allows the reader to watch Natalie grow, not just as an artist, but as a person. Throughout the decades of the story, the reader can truly understand and appreciate Natalie's life and friendships.

There are several surprises and twists in Private Faces, though I won't mention them here and spoil the fun. Needless to say, they are organic and interesting, and help bring characters full circle and ultimately reveal the nature of love.

Marianne Gage is a San Francisco Bay Area writer, artist, and teacher. After teaching, Marianne worked as a portrait painter and printmaker for many years. Born in Oklahoma and educated at Oklahoma State University in Stillwater, Marianne arrived in the Bay Area in 1952, where she did graduate work at San Francisco State and California College of Arts & Crafts (now California College of the Arts). CCAC is where she met her husband, illustrator Ed Diffenderfer. Marianne has published two novels with Plain View Press, Austin, Texas: The Wind Came Running (2010) and The Putneyville Fables (2012). Marianne and Ed have two grown children and three grandsons.