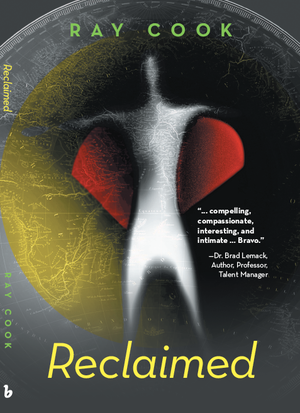 Ray Cook has kind eyes. I never really thought about what that expression meant before, to have “kind eyes.” Whenever I run across someone with a kind and gentle nature, I naturally assume they’ve led a quiet, contended life, mostly-free from the drama and conflict that seem to plague our culture’s most outspoken, especially in a Facebook generation. Quiet, contented, and drama-free, however, are not really words that describe Cook’s past. Sex, rebellion, excommunication, and hedonism might get us closer but are still pale, after all, the first chapter is about an on-stage stripping gig to the song “Sexual” by Amber!

The drama of Cook’s life could drink yours under the table, while the conflict of his life would sober you up. The stories in his short memoir Reclaimed are lurid, graphic, funny, devastating, and yet still inspiring. Reclaimed is about Cook’s youth, struggling to find where he--a young gay man of color--belonged in whitewashed and rural Mormon Idaho. He grew up in what’s called one of the reddest areas of the country, where signs on apartment buildings read “approved housing for young ladies” and the local movie theater plays only “family-friendly fare.”

The sterile environment of Cook’s youth is a far cry from the groping and touching of his hungry fans in Memphis, and the stories in Reclaimed beautifully illustrate his life’s vacillation between cold sobriety and sexual intoxication. There are a couple dozen unnumbered chapters that cover milestones in Cook’s search for identity, including stripping, being hit by a car, going on a Mormon mission in Germany, using drugs, being excommunicated by the church, getting expelled from school, and having lots of gay sex. 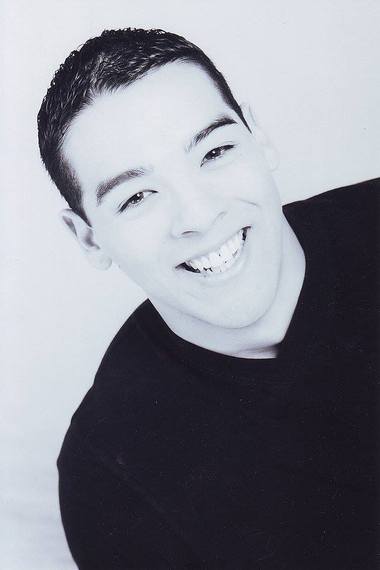 The memoir is short, but it lasts. It will dig into your thoughts. And when I say that all the fucking will make you uncomfortable, I’m not talking about the sex, but about the way our culture fucks with young queer people. As a peek behind the curtain of the secretive Mormon religion, Reclaimed is a devastating example of queer youth failing to find belonging and salvation at the foot of the cross. But Reclaimed is about hope, because Cook makes it through and reclaimed his life. After lots of work and years of therapy, Cook discovered his value and learned how to love himself as though his life depended on it. Reclaimed emerged as a critical step in that journey, “The metamorphosis of Reclaimed was motivational,” Cook writes, “and the writing itself was profoundly cathartic and ultimately healing.”

Here’s an excerpt from the chapter, “Mickey”:

I was driving to Salt Lake City every weekend (four hours each way) to be around other gay people. I had upgraded my teenage routine of driving to Pocatello, to go to the adult store, where I'd hopefully be cruised by other men. I was too shy at the time to initiate, as I was only 16, but I wasn't carded at the door. A man in his mid-30s stared me down in one of the aisles and nodded his head for me to follow him out the door.

He invited me back to his house.

The man wanted me to fuck him, and I was naive and inexperienced, so he rode my dick as I lay on my back. I was enthralled--not only was I having sex, but I was wanted as well. Porn-runs to Pocatello stopped when my dad caught me watching one at home, my hand down my pants. That was humiliating! He called my bishop immediately for a confessional interview.

His memoir also comes in part from his therapist’s encouragement to share his stories for others who may be struggling or for their parents, family members, or friends who want to understand.

Since writing Reclaimed, Cook has continued sharing his stories through interviews and various speaking engagements. Last month, he was at Harvard’s Gaypril event “the narrative of out” and will be presenting at the 2015 Affirmation Conference (LGBT Mormons, Families, and Friends) later this year in Utah.

What I think I like best about Reclaimed is a distinction film critic Manny Farber made between elephant art and termite art. Elephant art comes in, steps all over you, then stomps out. Termite art creeps in and surrounds you. Before you can even understand its complexity, it burrows a hole inside you and hides out. Before you know it, you’re thinking about it days and weeks and months later. Reclaimed holds you still and encourages you to examine yourself in ways that may make you uncomfortable but are ultimately rewarding. It’s like Cook’s own “kind eyes” in that way. You don’t look away from them, you look into them, and in looking back, they hold you steady and assure you that you belong and are enough.

Ray Cook will be the Keynote Speaker at the East Boston Rainbow Flag Raising Ceremony on Monday, June 8 at 6:30 pm in Piers Park. 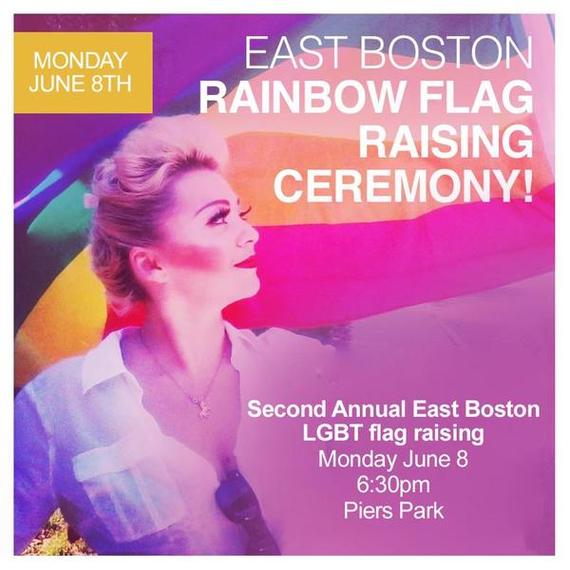