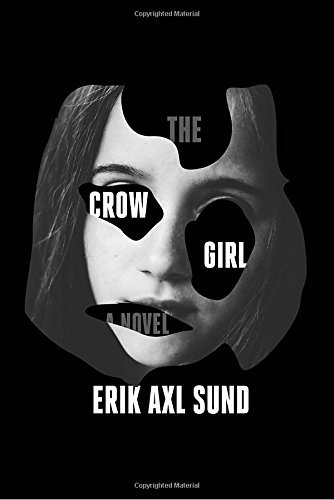 My rating: Four of Five Stars

Climbing Mount Kilimanjaro remains a bucket-list challenge, but in the book world, staring down a 784-page Swedish serial-killer novel may make the reader question his or her priorities: Why have I not yet read The Brothers Karamazov or finished Anna Karenina?

With Erik Axl Sund's perverse murder saga, The Crow Girl, the pseudonymous authors (a handsome pair of black-clad men resembling Scandinavian metal superstars on the back flap), have created a difficult, twisted, irony-free novel with a wildly unreliable narrator.

The book oscillates between good and evil, a scattered female detective, Jeanette Kihlberg, whose imploding family life is a distraction from her cop work. Meanwhile, Kihlberg finds herself increasingly attracted to the highly intelligent therapist, Sofia Zetterlund, who consults on the case when the sexy shrink is not suffering disturbing blackouts.

The novel begins with the discovery of the corpse of a young boy, terribly mutilated and mummified. Another child corpse. Another. But then that efficiency ends. The exposition of the first 300 pages is so tangled, the storylines so many, the incidents of child molestation, incest, and torture so repellant, that even a reader who claims The Girl in the Dragon Tattoo as a favorite book may have doubts. They may be tempted to put this novel aside, question the commitment, pick it up again, review earlier pages for missed clues and sigh, looking at all the appealing, shorter books on the nightstand.

And, then, something cracks like ice, the floes begin to move. Generational incidences of fathers molesting daughters and transforming girls into monsters, of grown men behaving badly in actions stemming from their own childhood traumas, and the solution of one mysterious string of seemingly unrelated killings only opening the door to the next, causes the book to break free from its difficult beginnings.

The psychological underpinnings, gradually revealed by the therapist Sofia, who is herself trying to reconstruct her own personality and history of trauma ("Getting to know yourself can be like trying to decipher a cryptogram," she says toward the book's conclusion), drives the action forward and the exploration of characters deeper.

[Related: Book Review: 'The Other Side of Silence']

Originally published in three volumes, The Crow Girl is a commitment, a doorstop, and a nearly endless psychological puzzle box that creepily crawls from one dysfunctional arena to the next, leaving clues not like breadcrumbs but like bloody bits of ear and entrails. It's a novel for the committed Scandophile--or those that should be committed.

This review first appeared in the 'New York Journal of Books.'