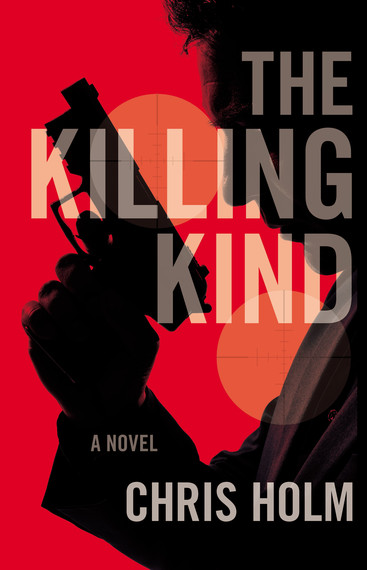 Chris Holm has come up with a new antihero: Michael Hendricks -- a hitman who only kills other hitmen. It's a simple premise. Former covert operative Hendricks was presumed dead in Afghanistan and he's kept it that way, even from his fiancé who has since remarried. Living like a ghost in the wilderness, he ventures out when hired to kill other hitmen before they can execute their contracts. Hendricks and his partner Lester -- the IT expert -- have a lucrative business going until someone is hired to kill Hendricks. The mob hires Engelmann, and elegant wealthy European sociopath to track down the working class Hendricks and the battle begins.

Holm takes a one note premise and pulls the reader in with beautiful narrative and excellent pacing.

The streets of downtown Miami shimmered in the evening heat, the summer air rich with spice and song. Neon and rum and the warm ocean breeze conspired to make the city thrum with lurid anticipation. It was, after all, a Friday night in one of the most vibrant cities in the world. Still no one who walked that night beneath the broad modern portico of the Morales Incorporated building suspected they'd briefly occupied the spot where a man was about to die.

Hendricks and Engelmann are perfectly juxtaposed and the secondary characters are all equally well written. This is Holm's followup to his Collector Trilogy, and I hope there are many more to come. If a movie deal hasn't been made, I'm sure there's one in the works.