A great gift for grads, a brilliant collection of short stories by Pulitzer Prize-winner Steven Millhauser, a taut Western for those already missing the TV show Justified and more are among this week's top picks. Check 'em out!

VERY GOOD LIVES By JK Rowling
VOICES IN THE NIGHT By Steven Millhauser
SECRET WARRIORS By Taylor Downing
TARGET TOKYO By James M. Scott
YOU FASCINATE ME SO: THE LIFE AND TIMES OF CY COLEMAN By Andy Propst
THE WINTER FAMILY By Clifford Jackman
CAPITAL DAMES By Cokie Roberts

Head to BookFilter if you want to find more great picks in every category from books that just came out, books like The Liar by best-seller Nora Roberts, the #1 pick in romance; The Real-Life MBA, a new business/self-help guide co-written by Jack & Suzy Welch, the #1 pick this week in Business; or the great coffee table book Invitation To Openness, a collection of iconic jazz and soul photographs by Les McCann that's the #1 pick in Art & Photography. At BookFilter, you'll find smart picks by our crackerjack staff, not crowd-sourced reviews saying -- yet again -- hey, you should read The Girl On A Train! (I mean, you should, but you knew that already, didn't you?) You'll find great ideas of what to read next or that smart and affordable gift in every category. If you're a super-fan of cookbooks or sci-fi or you name it, come to BookFilter and you can browse through lists of every release in every category and do your own filtering! 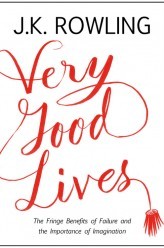 While fans await JK Rowling's next Cormoran mystery under the pen name Robert Galbraith, they can at least take comfort with this gift-able book. This 80 page keepsake collects the commencement address Rowling delivered to wide acclaim in 2008 at Harvard University. Subtitled "The Fringe Benefits Of Failure And The Importance Of Imagination," it's sure to be a favorite gift for new graduates. I mean, we can't keep giving Oh, The Places You'll Go forever, can we? Plus, proceeds benefit a charitable group founded by Rowling as well as a push to get Harvard tuition free for any student that gains admission. 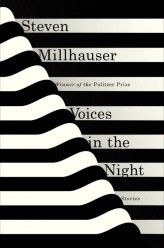 VOICES IN THE NIGHT
By Steven Millhauser
$25.95; Knopf

Bring on the adjectives: transporting, funny, bizarre, surreal, sweet, memorable, knee-sleeping, thought-provoking, unique. One could go on, but suffice to say Pulitzer Prize-winner Steven Millhauser delivers a new collection of short stories, 16 tales (and "tales" is probably the right word) for shivering and laughing over. What's he like? Perhaps Ray Bradbury or Jorge Luis Borges or John Collier (if you want to seem cool and namecheck an obscure but appropriate precursor) or The Twilight Zone without the (obvious) moralizing or really just Steven Millhauser. His stories are rooted in details, the here and now (wherever the here and now may be), a place so firmly imagined -- be it a backyard lawn or a palace of dreams -- that you never doubt it for a second. It's reality, but reality shifts and the strange and uncomfortable always slip in or linger just out of eyesight. "Coming Soon" is classic Millhauser: a man has moved from the city to an up-and-coming small town. Not a sleepy small town, no thank you, but a place where things are happening. A Saturday morning jaunt to a favored cafe in its bustling downtown allows our narrator to describe the pleasurable improvements taking place here and there: a new restaurant, an addition to a neighbor's home and so on. But the pace of change quickens and the parade of improvements becomes dizzying. Soon, this quiet town is a frenzy of activity and our hero gets lost simply trying to walk home because so many new developments and add-ons have taken place in the past few minutes. A row of townhouses replace a park perhaps or homes are remodeled beyond recognition and on and on. Desperate to orient himself, he's in his car now, trying to find his way. Construction is everywhere, even on his own block. Change is now a constant and our hero barely knows where he is anymore. Panicked, he asks for directions from a man in a hard hat and is sent fleeing up a newly built ramp onto a newly built highway headed God knows where. It's disturbing, bewildering, scary...and funny. And it can't be spoiled by describing it because Millhauser's writing is so diamond-sharp and distinctive. "Phantoms" uses one of his favorite devices -- a report or summary or some such official document -- to describe a town where people apparently see (sometimes or often or or once in a great while, depending on the person) other "people" who are not really people, but phantoms that walk away the moment they're spotted. This phenomenon is described and analyzed, explanations are offered but ultimately it's left as a dark puzzle. And on the stories come: a retelling of "Rapunzel" in which she and the Prince have their misgivings about the whole affair, a riotously amusing new adventure for Paul Bunyan that's pure pleasure, a moving story spun-off from the Bible tale of Samuel answering the voice of God and my favorite: a lovely, subtly impassioned, fanciful depiction of the soon-to-be Buddha as he awakens from pleasure to the possibilities of a contemplative life. Magic realism is a phrase crafted for Millhauser; it's the phrase of choice for refined critics discussing great writing that involves the fantastical. But isn't all great writing magical? It certainly is here. 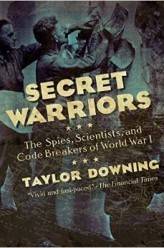 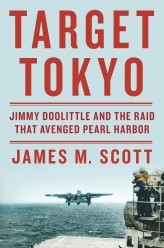 Did Oscar winner The Imitation Game give you a hankering for more tales of code breakers and war? Well dive into Secret Warriors, the critically acclaimed work that charts the critical work done by spies and code breakers in World War I, a war not generally thought of as crucial for covert ops and cryptographers. But just as with WW II, their unsung brilliance was a key to victory.

James M. Scott's potentially breakthrough work of popular history dives into a far better known event: the bombing raid on Tokyo led by Jimmy Doolittle that was retaliation for Japan's attack on Pearl Harbor. In Target Tokyo, Scott tells this act of derring do in al its complexity, from the civilian casualties that enraged the Japanese to the revenge the Japanese took...on mainland China. Fellow historians like James Bradley have raved and best-selling author Pat Conroy declared it's "one of the most incredible accounts of American military valor I've ever read." 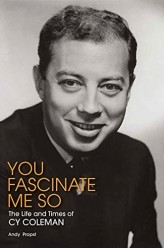 YOU FASCINATE ME SO: THE LIFE AND TIMES OF CY COLEMAN
By Andy Propst
$32; Applause Theater And Cinema Books

The classic musical On The Twentieth Century is enjoying a bubbly revival led by Kristin Chenoweth. So the timing is perfect for the first full-scale biography of Tony, Grammy and Emmy-winning composer Cy Coleman. He did the music for everything from Sweet Charity to City Of Angels, not to mention collaborating on classic songs like "The Best Is Yet To Come," "Witchcraft" and many more. Journalist Andy Propst covers Coleman's life and speaks to seemingly everyone still alive that worked with the talented composer, including Tommy Tune, Chita Rivera, Alan and Marilyn Bergman, Bebe Neuwirth and many others. I went to the theater last night and the man next to me was clutching a copy of it. it's that kind of buzzy book everyone in that world will want to read. (And knowing the show we watched, he probably wished he had stayed home to focus on the book instead.) 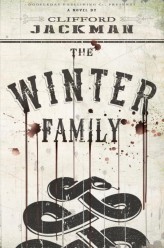 Ok, the TV show Justified just ended and you're already missing that Elmore Leonard-inspired modern day western. That show had a larky tone at times, but this is Western noir of the bloody sort. it's about a ruthless gang of outlaws spawned by the Civil War and traces their cold-hearted adventures right up to their epic final stand in the Oklahoma territories. Westerns are enjoying some of their most substantial works in years and Jackman's book has earned pre-release acclaim from all the industry gate keepers like Publishers Weekly, as well as the stamp of approval from Craig Johnson, the writer behind the Longmire series. 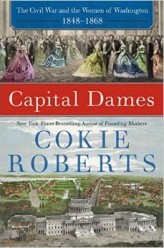 Journalist Cokie Roberts delivers her latest look at American history through the lens of its women. From the "Founding Mothers" she chronicled in an earlier bestseller, Roberts has moved forward to examine the crucial role played by women in DC throughout the Civil War. She draws upon letters, diaries, gossipy coverage of parties in the press and other often overlooked sources to shine a new light on those events. When history was written by men, women tended to be invisible or perhaps seen bravely waving a handkerchief as their husbands and sons marched off to war. Roberts shows women politicking via parties and social calls, women spying for the South, women crafting military strategy (and then fruitlessly demanding recognition for it), women sizing up the political situation better than their husbands, women organizing medical care for soldiers despite stumbling blocks placed in their way by men who didn't think to do it themselves, women campaigning or using their sole political right to petition Congress as ways to push for an end to slavery and on and on. The siege of DC (which was virtually surrounded by hostile territory at the start of the war and filled with citizens who mostly had sympathies for the south) is given a jolt thanks to the fresh perspective here. She also captures the doomed trajectories of both First Lady Mary Todd Lincoln and the First Lady of the Confederacy Varina Davis, wife of Jefferson Davis. Mary had Southern roots and was viewed with suspicion by Northerners. Varina had Northern roots and was viewed with suspicion by Southerners. Both faced tragic losses, and both lost the former slave and seamstress they treasured. Mary's side won the war but Varina won the peace. Mary had to fight to gain her freedom from a mental asylum while Varina ultimately enjoyed a rich and satisfying post-war life. Mini-portraits of countless other fascinating women abound in this diffuse but engaging work.

Thanks for reading. Michael Giltz is the founder and CEO of BookFilter, a book lover's best friend. He's also the co-host of Showbiz Sandbox, a weekly pop-culture podcast that reveals the industry take on entertainment news of the day and features top journalists and opinion makers as guests. It's available for free on iTunes. Visit Michael Giltz at his website and his daily blog.