Memoirs and biographies dominate this week's new releases in books. Here are some of the best from every category. To find more great picks in every category (like a bio of Yankees great Billy Martin in sports and the first cookbook from Austin's legendary Franklin Barbecue), along with ALL the releases in every genre, head to BookFilter. You'll find dozens of favorites out this week, you can go back week by week if you want to discover more books ready to read and you can go forward week by week if you want to take a peek at what's coming out in the days and months to come. 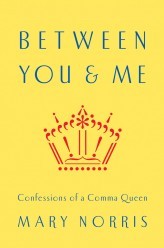 BETWEEN YOU and ME: CONFESSIONS OF A COMMA QUEEN
By Mary Norris
$24.95; W.W. Norton

Is it a memoir? Is it a (gentle) primer on punctuation and grammar? Is it funny? Yes, yes and yes. Mary Norris is the "Comma Queen" who worked her way up the ladder at the New Yorker, the last bastion of clear and correct writing. Her delightfully shaggy new book does many things well. It offers a glimpse into the fabled world of the New Yorker. It tells of her trials by fire -- tentatively suggesting a correction here, wrangling with writers there, receiving words of praise from this famed talent, while getting nowhere with that famed talent who stubbornly clings to a certain wording because "it feels right." Philip Roth, Pauline Kael and the vivid New Yorker figure of Eleanor Gould are all here.

But this isn't a straightforward memoir. The girl can't help herself: Norris playfully dives into various burning issues, such as whether the sentence "Yes, yes and yes" should have a comma after that second "yes," when to say "Between you and I" (pretty much never) and the purpose of that thingie that looks like an umlaut but isn't. I couldn't diagram a sentence to save my life. I've never even heard of a copulative verb, and blush to think what it might suggest. Yet Norris makes it all fun. She's devilishly good at serving up examples of what she's talking about in the very sentences she uses to describe something. Plus, it ends with an ode to the No. 1 pencil. What's not to love? Between you and I, I'd be worried about my grammar if I ever spoke to her. (See?) But I shouldn't be: She's no scold. The Comma Queen makes proper punctuation a pleasure. 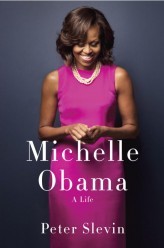 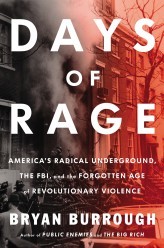 If you want to see how far we've come as a nation, you might pair the first substantial biography of First Lady Michelle Obama with a detailed look at the militant movements of the 1970s, like the Weathermen, the Symbionese Liberation Army and other radicals. It's an eye-opener for those too young who may not realize the wave of bombings and protest that roiled the nation. In his critically acclaimed work, Burroughs details the years-long battle between the FBI and these groups determined to overthrow the government. 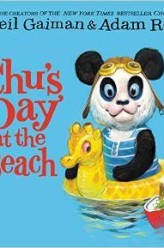 CHU'S DAY AT THE BEACH
By Neil Gaiman and Adam Rex
$17.99; HarperCollins

The chameleon-like Neil Gaiman continues his quest to deliver gems in seemingly every corner of the bookstore. Here is a picture book (created with illustrator Adam Rex) that tells the latest escapades of the sniffling, sneezing panda bear Chu when he heads to the beach. Add it to Gaiman's works in fantasy, sci-fi, young adult, fairy tale, graphic novel and various categories he's created all by himself. 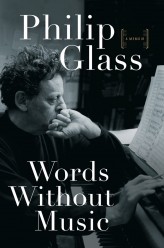 As a lifelong fan of Philip Glass, this memoir is tailor-made for me. Glass might have focused on one key event in his life -- such as the original mounting of "Einstein On The Beach" or an eye-opening journey to the east. He might have delivered his thoughts on classical music and the best way for a would-be composer to prepare himself. Glass could have focused on his childhood, before the music starts in earnest. Instead, he does a little bit of everything, offering up anecdotes from his youth, like smashing unsold LPs so they could be returned as damaged goods, telling how during his first audition for Julliard as a flutist, Glass was stopped and told, "You don't really want to play the flute, do you?"

He tells about the teachers who molded him through fear (Nadia Boulanger) and love (Ravi Shankar), being broke after the sold-out success of "Einstein," and on and on. Mixed in here and there are Glass's still scrappy defenses of his music. Sure to be enjoyed by admirers, it's probably too discursive to win Glass some new ones. If you want a good musical introduction to his work, I always send people to the film Koyaanisqatsi or the album Glassworks. If you're already a fan, be certain you'll enjoy Glass in whatever mode he holds forth here. 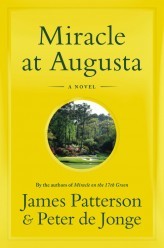 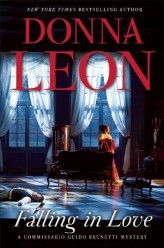 Anyone looking to lose themselves in a book can depend on the latest offering from the shockingly prolific James Patterson. Working with Peter de Jonge, he returns to the links to deliver a golfing fable about a late in life champion on the Senior Tour who finds true redemption by mentoring a teen with a natural swing that's a thing of beauty. If you're shanking balls into the water hazard, this one's for you. And Donna Leon offers up the latest, much anticipated Venetian mystery featuring Commissario Guido Brunetti. After dozens of tales, why is this one especially exciting for fans? Because it features the return of soprano Flavia Petrelli, who was at the center of Brunetti's very first mystery, the one that made Leon an international bestseller.

To find more great picks in every category (like a bio of Yankees great Billy Martin in sports and the first cookbook from Austin's legendary Franklin Barbecue), along with ALL the releases in every genre if you're a hardcore fan of romance or sci-fi, head to BookFilter. You'll find dozens of favorites out this week. You can go back week by week if you want to discover more books to read, and you can go forward week by week if you want to take a peek at what's coming out in the days and months to come.

Thanks for reading. Michael Giltz is the founder and CEO of BookFilter, a book lover's best friend. Wondering what you should read next/ Head to BookFilter. Need a smart and easy gift? Head to BookFilter. Looking to see what new books have come out? Head to BookFilter. About to go to your favorite bookstore, library or book website? Head to BookFilter first and you'll soon have a list of great titles to check out. BookFilter is a website that lets you browse for books online the way you do in a physical bookstore, provides comprehensive info on new releases every week in every category and offers passionate personal recommendations every step of the way. It's like a fall book preview or holiday gift guide -- but every week in every category. He's also the co-host of Showbiz Sandbox, a weekly pop-culture podcast that reveals the industry take on entertainment news of the day and features top journalists and opinion makers as guests. It's available for free on iTunes. Visit Michael Giltz at his website and his daily blog.